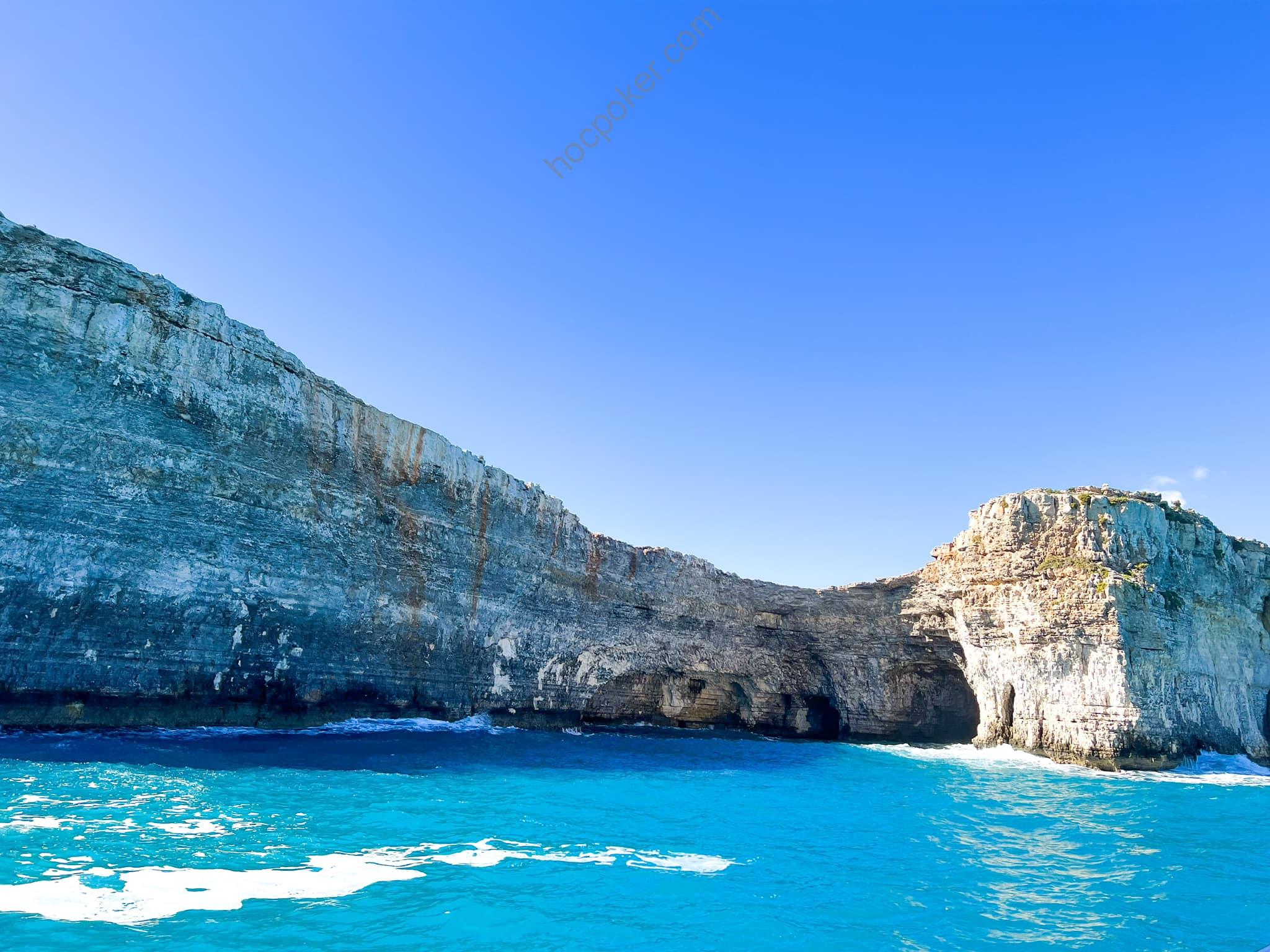 RICHA CHADHA is an award-winning Indian actress who works in Hindi films. She made her debut in the comedy Oye Lucky! Lucky Oye!, and her major breakthrough was a supporting role in the film noir gangster saga Gangs of Wasseypur. Richa’s role as the bellicose and extremely foul-tongued wife of a gangster earned her a Filmfare award (India’s equivalent of an Oscar). In 2015, Richa made her debut in a leading role with the drama Masaan, which received a standing ovation when screened at the Cannes Film Festival.

What is the book (or books) you’ve given most as a gift, and why? Or what are books that have greatly influenced your life?
The book I give out the most is Autobiography of a Yogi (by Paramahansa Yogananda). It reminds me that human beings are the only species that have become conditioned to doubt survival. Plants grow, trusting nature to provide nutrition; animals thrive in the wild despite dangerous conditions. This book reminded me to have faith at a low point in my life, hence I share it as widely as possible to pull others out of their misery.

I was greatly influenced by Alice’s Adventures in Wonderland in my formative years. I still live my life wide-eyed in childlike wonder. Even though it was heavy for me at 15, I was greatly impacted by Salman Rushdie’s Shame. It made me kinder. Naomi Klein’s No Logo made me reassess consumerism and greed.

What purchase of $100 or less has most positively impacted your life in the last six months (or in recent memory)?
In my case, it would be buying a pro subscription to my IMDb account, enabling people from all over the world to find me easily.

How has a failure, or apparent failure, set you up for later success? Do you have a “favorite failure” of yours?
I was conned into doing a film where my role was later severely edited, leaving me with only one speaking scene. Even though the film was a colossal box- office disaster, it didn’t fare well for me. My colleagues began to assume that I was up for smaller, inconsequential parts out of desperation, which was far from the truth. It set me back a couple of years. Even though this kind of blatant corruption is not new to the Hindi film industry, I was shocked and depressed.

When the reviews came out, they lauded my work, and I saw it as a blessing in disguise. If a single scene could have this impact, what could an entire film do? A year later, I am on a roll. I was top-billed cast for India’s first original series, Inside Edge, and I have regained credibility with a slate of releases from India and around the world.

I think I needed this shock. Trusting blindly in my business, or any business for that matter, is never a good idea. Most people are driven by self-interest or profit, and we can’t judge them for it. What we can be is provokable, so people know we won’t be sitting ducks if they mess with us.

If you could have a gigantic billboard anywhere with anything on it, what would it say and why?
“Be so good that they can’t ignore you” is the motto I live by. I start afresh with each project. I forget who I am and my past laurels. It keeps me grounded and makes me work harder.

There is a lot of nepotism in my industry. If you were to Google who the top stars are, undoubtedly most stars, particularly the male actors, would have been born into the movie business. It takes time, but if you are consistently good at what you do, at least you get to call your success your own.

What is one of the best or most worthwhile investments you’ve ever made?
My father encouraged me to take a course called “Money and You,” devised around the ideas of Buckminster Fuller. I attended the four-day course in Kuala Lumpur. The first two days focused on money and the next two on “you.” It was very balanced, taught me to look at money differently, and imbued me with a sense of enterprise at a young age. It cost me $500.

I use a different perfume for every film. Of the five senses, I figured the only sense I could play with was the sense of smell. I select the perfume based on the world and milieu of the film and the attributes of the character.

This is a quirk I enjoy, because I love to smell good. I am not a method actor, but this allows me to slip into my character with ease. When I walk out of my trailer, the assistants know that it’s me, walking in character toward the set.

In the last five years, what new belief, behavior, or habit has most improved your life?
I find that I tend to look at the larger picture.

Cinema as a business model in Hindi-speaking India is suffering. There aren’t enough screens to accommodate the output, taxation is at a debilitating 51 percent for entertainment, and the turnover of piracy is three times that of [other] films.

All this while digital penetration is growing at an unprecedented rate. When I chose to work on a digital series, many people thought it to be a demotion. They were wrong.

Looking at the larger picture gives you perspective. Like when a plane takes off, you realize how small your little cocoon of problems, in fact, is.

What advice would you give to a smart, driven college student about to enter the “real world”? What advice should they ignore? The education system, by and large, gears everyone up to adhere to set industry standards. While this is a foolproof way to get a job and live a normal life, very few people can break out of the cycle of the mundane to be adventurous, inventive, and selfless. The safety net of a regular job is too comfortable.

When I declared to my middle-class Indian academic parents that I intended to not make use of my degree in journalism and instead move to Mumbai to become an actor, they were apprehensive but supportive.

My mother told me, “You have to lift off the back foot while taking a step forward, or you will not be able to move ahead.”

What are bad recommendations you hear in your profession or area of expertise?
I have been blessed with “well-wishers” and “advisors” throughout my career. They teach me what not to do. People make recommendations based on what they think is safest for you, or based on their understanding of who you are and what you ought to be. They set invisible limits on how much you can achieve in your life and pass those limitations on to you inadvertently.

I was told to not do independent films (the films I owe my career to), to dress like others (making me a fashion-friendly homogenized clone with no identity), date or marry rich (again, safety net), and not be vocal about political issues (no matter where you are, you have to pay a price for voicing your concerns, and that’s a price I was willing to pay).

This stuff is simple; it may not always be easy.

I have become better at saying no to things and people (including friends and family) that drain my energy. This isn’t easy, especially if you are a people- pleaser.

When I am straightforward and sincere about my needs, I find that no one is offended when I say no. Those who are offended perhaps don’t value my needs.

I have a few approaches. First, I journal. It gives me clarity. I have had a diary ever since I was about ten. Today, when I look back at my scribbles from when I was in high school, it gives me great joy to notice how far I have come intellectually and career-wise. I am living my dream. I used to journal frequently as a student, growing up. My diary looked like a scrapbook, with illustrations and quotes that inspired me. I journal at least thrice a week now, and the time dedicated to it is proportional to my state of mind. If I am contemplative or confused, it tends to be a long session. I maintain one diary that has everything:

my to-do list (which I divide into personal and professional), contemplations, how I felt about an incident that perhaps triggered me to journal, and sometimes just plain gratitude. I always buy interesting journals and colorful pens. Right now I am using a Wonder Woman journal and neon pens. People may think it’s childish, but the different colors help me retain more and keep it fun.

I meditate. This is a challenge when I feel like my head is in turmoil. I generally start by focusing on my breath. I could count back from ten to one while exhaling and I drift into meditation. It takes about 20-odd minutes to become somewhat thoughtless. Sometimes I feel like I am asleep, but I realize that lucidity is meditation. It always helps. There has not been a single time in my life when I have meditated on something and it hasn’t been useful. I meditate either first thing in the morning or post-lunch if I am at a stressful film shoot.

I talk to my father. He is my friend and mentor, and being a life coach and behavioral psychologist, he keeps me grounded and on track.

I take a break. I de-tick my cat, take long baths, go on a trek, spend time in nature, read, eat yummy food, and do a life/career detox. This time off usually gifts me with several epiphanies, always works. A life detox is me delegating my responsibilities to an assistant or manager for a while and seeking help before I turn my phone off and wander and think and relax. A career detox means I turn my phone off, don’t read about how films/shows/plays are faring, and be a regular person.

I also do a “so what” exercise. I make a statement and ask myself “so what?” at the end of it. For instance,

So nothing. I’m good.

So what?
So nothing. 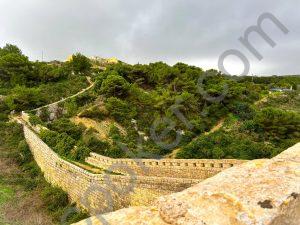 Previous post We can’t control the fact that bad things are going to happen, but it’s how we react to them that really matters 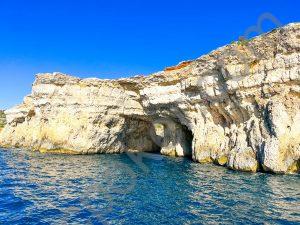 Next post “Whenever there is any doubt, there is no doubt.”—David Mamet, Ronin