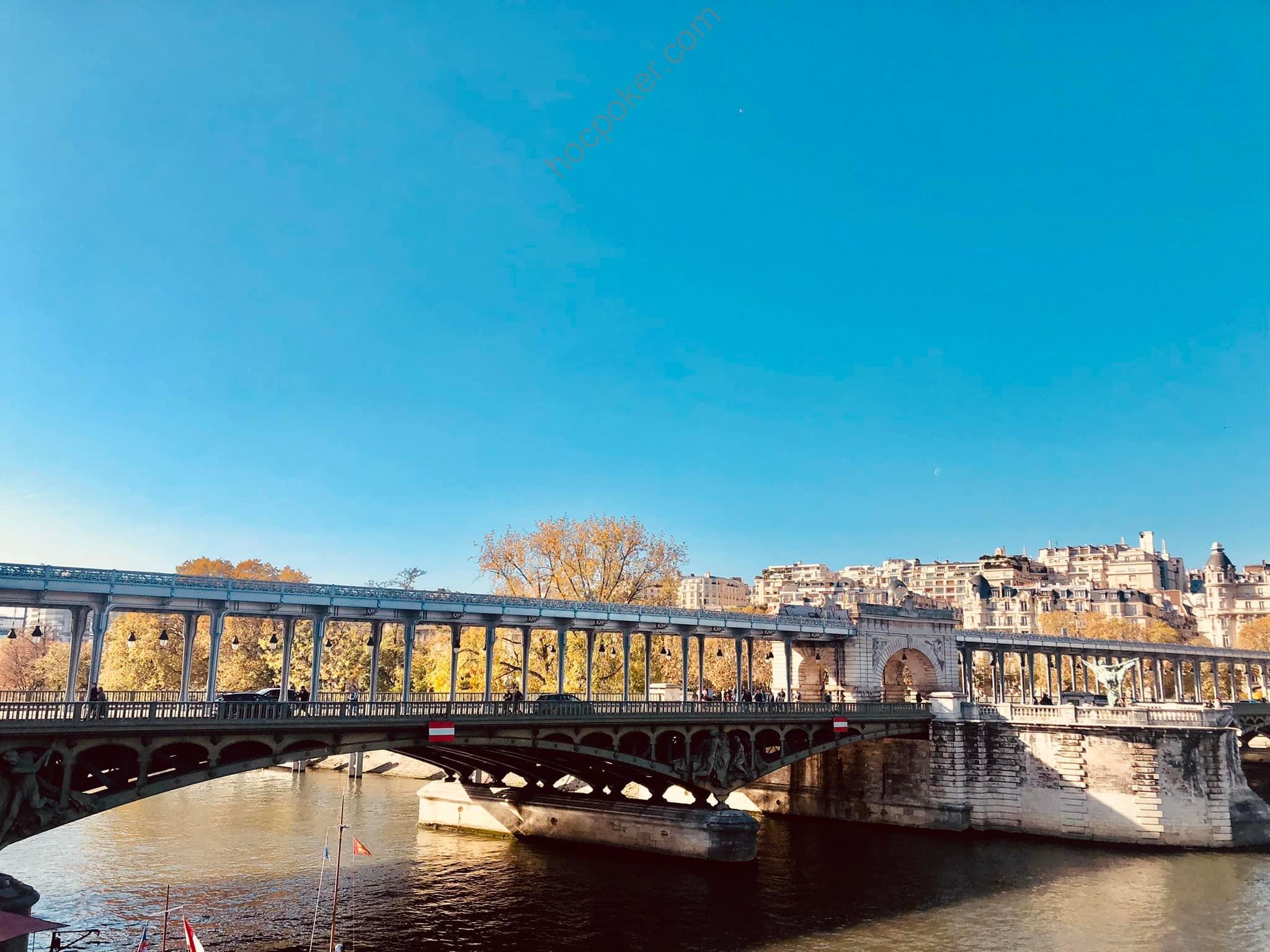 AISHA TYLER is an actor, comedian, director, author, and activist. Aisha is best known as a co-host of the Emmy Award–winning daytime show The Talk, the voice of Lana Kane in the hit series Archer, portraying Dr. Tara Lewis in Criminal Minds, and her recurring roles in CSI: Crime Scene Investigation, Talk Soup, and Friends. Aisha is also the host of the comedy show Whose Line Is It Anyway? and the author of Self-Inflicted Wounds: Heartwarming Tales of Epic Humiliation.

If you could have a gigantic billboard anywhere with anything on it, what would it say and why? Are there any quotes you think of often or live your life by?
I love that Jack Canfield quote, “Everything you want is on the other side of fear.” If something terrifies me, I typically sprint flat-out toward it, and that has served me well, both professionally and personally. But everyone gets scared, and I sometimes have to remind myself to remain brave when I’ve taken enough steps toward a goal that I can’t turn back, and feel like the floor has fallen out from underneath me.

I try to live in a space of bravery in every aspect of my life: creative, professional, familial, and in my friendships. Being brave means being present and willing to give of yourself regardless of result. I often write “be brave” in books when I sign them for fans—it’s an admonishment for them and for myself. Remaining brave has helped me push toward those goals through paralyzing crises of confidence.

How has a failure, or apparent failure, set you up for later success? Do you have a “favorite failure” of yours?
My first short film was a pretty uniform disaster. It was years ago. I had never spent meaningful time on a real single-camera set before, and while I was long on ambition, I was very short on experience. I got a lot of friends to chip in, both in front of and behind the camera, and while I was enthusiastic, I had no idea how to run a set. The result was a sprawling hodgepodge of images that never cut together properly into a cohesive narrative, and I was never able to complete the film. I wasn’t discouraged, though. What I realized was that I needed to learn more—about writing, production, preparation, planning, everything. I spent the next decade visiting every set I could, shadowing every director I knew, and several I didn’t know, to learn about the craft I was so deeply passionate about. And every short I’ve done since then has been an extraordinary experience. Several of my shorts won awards, all of it culminating in my first feature, which has also won awards. My first feature was the most galvanizing and fulfilling creative experience of my career so far, and it lit the path forward toward the next phase of my creative life.

There are no radical creative choices that do not carry with them an inherent risk of equally radical failure. You cannot do anything great without aggressively courting your own limits and the limits of your ideas. So many things I’ve done haven’t worked—but they led to me learning what did work, what not to repeat, and what to do better. So many times I thought, “If this doesn’t work, I’m going to be devastated.” But occasionally they didn’t work, and I got up the next day and kept creating. There is nothing more powerful than failure to reveal to you what you are truly capable of. Avoiding risk of failure means avoiding transcendent creative leaps forward. You can’t have one without the other.

What is one of the best or most worthwhile investments you’ve ever made?
My Concept II rowing machine. I bought it in 2001 and it is still operating like new. I have a hard time finding time to make it to a gym or scheduling sessions with a trainer, but I can row at home any time, day or night. It’s low-impact, total-body, and the results are insane.

My rowing workout varies. I was a competitive runner for many years, so my

workout plans mirror a typical running weekly schedule: mid-distance 5K rows punctuated by short-distance 2K HIIT sprints, with a 10K long-distance row once or twice a week. Plus I can binge-watch shows when I row, which is the only time I’m able to watch television.

[For shows], I just jammed through the last season of Homeland, and my go- to shows are The Walking Dead, Fear the Walking Dead, Game of Thrones, The Handmaid’s Tale, and House of Cards. Strangely, despite my background in comedy, I watch dramas almost exclusively. It’s hard to laugh out loud and still maintain a 1:55/500 m pace on the rower.

I love organizing. But I wouldn’t call it a habit. It’s more of a compulsion. For example, I’ll get home from a long trip abroad and start cleaning out my refrigerator. Not always the best use of time, especially when I get home late and have an early call time the next day. But it soothes me completely. Nothing I like better than a perfectly organized space. It gives me an illogical amount of joy, which more than compensates for the time wasted turning all the labels in my fridge to face forward.

In the last five years, what new belief, behavior, or habit has most improved your life?
Cutting out sugar. It’s so Hollywood, I know, but I had a real sugar addiction for many years, and it affected everything from the quality of my sleep to how effective I was throughout the day. I was like a drug addict. I had to have sugar at certain times of the day just to function. When I cut it out of my diet, my blood sugar stabilized, my energy leveled out, my workouts got better, my mental acuity improved—literally everything got better when I stopped eating sugar. It was probably the hardest adjustment I’ve ever made in my diet but completely worth it. Now when I eat sugar, I get physically ill, which makes it easier to push away from the table at the end of a meal.

I wish I had a “trick” for cutting out sugar. It was a long, slow path that started at least 15 years ago. In my 20s I would eat a half-pint of frozen yogurt every night after dinner (sometimes more). I was powerless—if I started eating sweets, I could not stop until it was gone or I was sick to my stomach. I definitely didn’t go cold turkey. I slowly started eliminating things from my diet—first substituting dark chocolate for the frozen yogurt, then cutting that back. Substituting iced coffee for sugar in the afternoon, then eliminating the sweetener from that until I was finally drinking it black. I stopped using sugar substitutes because they still trigger sugar cravings. One strategy that really helped was increasing the protein in my diet, which stabilized my blood sugar throughout the day. Another was to grab a Greek yogurt or baked sweet potato when I was dying for something sweet. I focus on high-protein, high–healthy fat meals now, which keeps me off the sugary crack. But I still eat a bit of dark chocolate when I am jonesing for a fix. I mean, I’m not a robot.

Almost everything. In the last few years I’ve tried to take on an approach of saying no to everything that doesn’t energize me personally or creatively. It’s incredibly hard to do, as I am typically someone who wants to help others, and in my business there is always one more fundraiser or cause to support. But over time, those commitments cannibalize my creative time and keep me from reaching my personal goals. I’m doing better but by no means have I perfected saying no. I’m always asking everyone around me to help me be more cold- hearted, but then of course, my resolve crumbles at the last minute. So I apply the Marie Kondo method: “Discard [say no to] everything that does not spark joy.” This includes personal obligations. I’m working on it.

I stop everything and take a long walk alone. Long contemplative hikes, where I get ample time to daydream and think—with no opportunity to sprint to my desk and obsess over minute work obligations—allow solutions to bubble to the top of my mind. Not particularly a radical idea, but it always works for me. I have to take a device on my walks to take notes, because the ideas come so fast and furious that I’ll typically forget them if I don’t write them all down. And the solitariness is always wonderfully reinforcing. It’s amazing how little time one gets to be truly alone during the day. That solitude is exquisite. 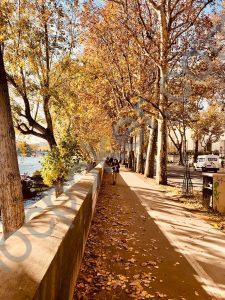 Previous post “Ignore the concept of ‘being yourself.’ Of course this is literally true by definition, but it is a way to avoid self-improvement.” 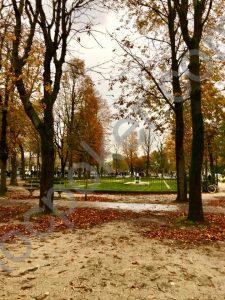 Next post Don’t spend time chasing a right answer or a right path, but instead spend time defining how you are going to approach whatever path you choose