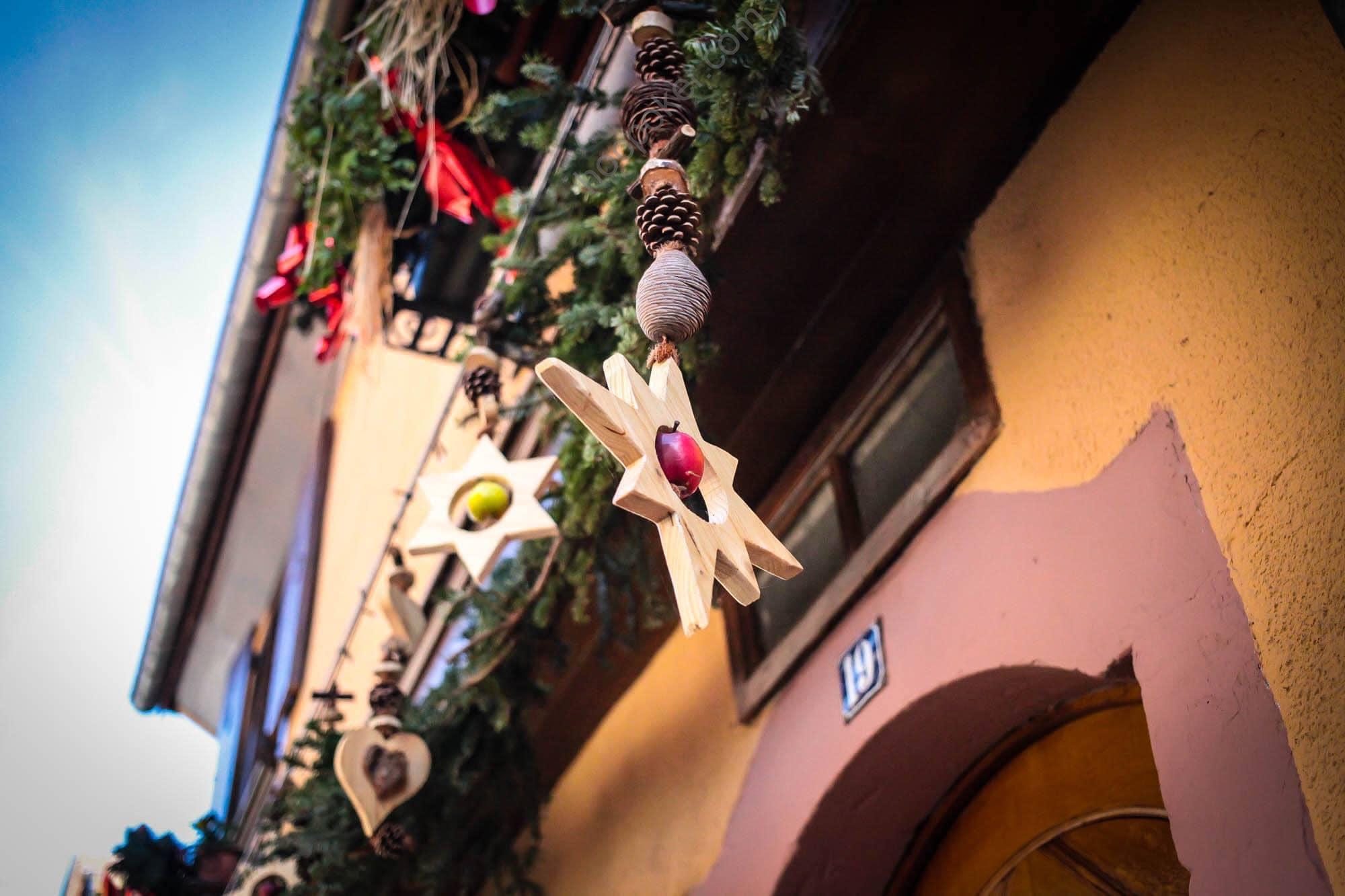 DITA VON TEESE is the biggest name in burlesque in the world since Gypsy Rose Lee (born 1911). Dita is credited with bringing the art form back into the spotlight. She is renowned for her iconic martini glass act and dazzling haute- couture striptease costumes adorned with hundreds of thousands of Swarovski crystals. This “Burlesque Superheroine” (Vanity Fair) is the performer of choice at high-profile events for designers such as Marc Jacobs, Christian Louboutin, Louis Vuitton, Chopard, and Cartier. She is the author of the New York Times bestseller Your Beauty Mark: The Ultimate Guide to Eccentric Glamour and has a namesake lingerie collection available internationally at prominent retailers.

If you could have a gigantic billboard anywhere with anything on it, what would it say and why?
“You can be a juicy ripe peach and there’ll still be someone who doesn’t like peaches.” This is a quote that my friend’s great-grandmother told to her, and she told it to me, and I’ve always loved it. In the public eye as a burlesque star, I’ve been called both brilliant and stupid, ugly and beautiful in equal measures. I’ve strived to let insults fall off me like water off a swan’s back. Personally, I find that most things that are universally accepted are mediocre and boring.

Mae West’s On Sex, Health, and ESP is a very rare book, but whenever I find a copy, I buy it to give as a gift. Mae was an incredibly witty woman. She wrote every line she ever said in any film and was responsible for countless memorable quips. She made her first film at age 40 and was the biggest sex symbol of her time. When I was living in Paris, my friends and I would sit around, drink champagne, and read aloud from this hilarious book.

I often give It’s Called a Breakup Because It’s Broken by Greg Behrendt and Amiira Ruotola-Behrendt to friends going through a tough breakup. It’s a humorous, clever book with great advice on how to maintain one’s dignity during a split.

I obviously give a lot of people my own book, Your Beauty Mark. Yes, it’s my book, but one reason I love to gift it is for the insightful profiles on eccentric people who go against mainstream standards of beauty. They share their inspiring stories about how they made their beauty marks on the world.

How has a failure, or apparent failure, set you up for later success? Do you have a “favorite failure” of yours?
For as long as I can remember, I wanted to be a ballet dancer. When I was a little girl, I had this 1950s-era vinyl record, and on it, there was a photograph of a ballerina with dramatic winged eyeliner, red lipstick, and she was wearing a pale blue tutu, flesh-toned fishnet tights, and blue satin pointe shoes. I wanted to be her! I took ballet classes all my life, even cleaning the studio bathrooms in exchange for lessons. By the time I was a teenager, I realized I was never going to be a good enough dancer to be a professional ballerina, no matter how badly I wanted it, or how much I practiced. My ballet teachers thought that I had great presence, elegance of carriage, nice feet, and I was strong en pointe . . . but I just couldn’t remember choreography, and I couldn’t jump or perform turns in certain directions.

When I was 19, I started wearing that 1950s-style winged eyeliner and red lipstick and dressing in vintage style. It wasn’t long after that I began creating vintage-style burlesque shows. A few years ago, someone asked me if there was a dream that I knew I would never realize, and I mentioned my childhood dreams of being a ballerina. I suddenly realized that, in a way, I had been given everything that I really wanted . . . I wanted to be that woman on the album cover.

Truthfully, I never really loved dancing per se; I loved what ballet stood for. I loved the glamor, the femininity, the elegance, the drama, not to mention the sparkling costumes and pink spotlights. Showbiz. That’s what I wanted. If I hadn’t been a lousy ballet dancer, I doubt I would have pursued the obscure idea of being a 1940s-style burlesque dancer.

I believe that sometimes, our shortcomings can lead to greatness, because those of us who have intense desire but lack natural God-given talent sometimes find roundabout ways of realizing dreams. I never expected to become famous for doing my little feather fan dances and for bathing in a giant champagne glass. But I strongly feel that with integrity and a real love for showbiz and burlesque, I’ve made my mark in a more significant way than I might have had I just been a good ballet dancer.

What purchase of $100 or less has most positively impacted your life in the last six months (or in recent memory)?
Mylola.com has changed my life . . . conscientious 100 percent–organic cotton feminine products that you can curate according to your needs, delivered to your door every month in elegant packaging. They also donate products to low- income and homeless women (and girls) across the U.S. This company and their approach has been life-changing for me and for every woman I know who has started using their products.

What is one of the best or most worthwhile investments you’ve ever made?
Collecting vintage has been a good investment. I originally started wearing vintage clothes in the ’90s because I couldn’t afford designer things, and now, as dressing in vintage style has become all the rage, my collection has become quite valuable. I like to spend money on things that bring me pleasure but that are also easily resold, whether it be artwork, vintage clothing, or antique furniture. I’ve always been able to trade up, break even, or turn a profit on the antiques I collect. My vintage cars have greatly appreciated in value, and although I do need a modern daily driver, I control my car lust and only buy a modern car when I really need to, every 10 or 15 years or so.

I also bought several famous 1940s-and ’50s-era original pinup paintings a while back that have become more valuable, along with vintage Hollywood and pinup memorabilia from silver screen, burlesque, and pinup icons of the past. I love being the caretaker for these relics, and I know that as time goes by, they will keep their mystique and their value.

Also, I was on a plane with Richard Branson once and he had this very weathered Louis Vuitton duffel bag that he said he’d used for more than 30 years. I travel a lot, and after years of funneling money into cheap luggage, I saved up for a Louis Vuitton carry on, and it’s going strong 17 years later. Generally speaking, I don’t shop for status bags, but some things are worth the splurge if you can swing it.

I’m a natural blonde, but I’ve been dyeing my hair black and wearing my signature red lipstick and cat-eyeliner for over two decades. Every Halloween I go “natural,” with beige, light makeup and a light-colored wig, all worn with a jeans look of some kind. I’m so unrecognizable that it’s hilarious to everyone who knows me, and it’s a real psychological experiment! I begin to notice how overlooked I become, how vulnerable I feel, and how I’m approached by the kind of men who would never dare try to pick me up. It’s my favorite Halloween costume . . . people think I’m the annoying girl who didn’t bother dressing up for the party.

In the last five years, what new belief, behavior, or habit has most improved your life?
I’ve become more involved in my business, looking over all my financials. I remember the 1950s sex symbol Mamie Van Doren telling me, “I know it’s not fun, but you have to look at all of your financials, because people will try to fleece you.” I’d love to just do the artistic part of my work, and she’s right, it isn’t fun to look at the numbers, but now that I know everything about the financials of producing my show tours and my deals, I can engage in the business conversations in an educated way.

Previous post Just one [trapeze] class made me realize that underneath my mind’s chatter, my body has everything under control if I’m willing to take the plunge and fly

Next post What would you do if you weren’t afraid?