DANIEL NEGREANU is a Canadian professional poker player who has won six World Series of Poker (WSOP) bracelets and two World Poker Tour (WPT) championship titles. In 2014, the independent poker ranking service Global Poker Index (GPI) recognized Daniel as the best poker player of the decade. Since his second-place finish in the Big One for One Drop tournament in 2014, he is considered the biggest live tournament poker winner of all time, having accumulated more than $33 million in prize money. He was named the WSOP Player of the Year in 2004 and again in 2013, making him the first (and only) player in WSOP history to win the accolade more than once. He was also the 2004–05 WPT Player of the Year. He is the first player to make a final table at each of the three WSOP bracelet-awarding locations (Las Vegas, Europe, and Asia-Pacific) and the first to win a bracelet at each. In 2014, he was inducted into the Poker Hall of Fame.

The Four Agreements by Don Miguel Ruiz. It is a quick read, just 140 pages or so, and it’s the simplicity that makes the book so powerful. Anytime I have a friend who wants to embark on the journey of introspection, that’s always where I start.

How has a failure, or apparent failure, set you up for later success? Do you have a “favorite failure” of yours?
I still distinctly remember the time I lost my whole bankroll on one of my first trips to Las Vegas from my hometown of Toronto. It was about 4 A.M. and I was playing at a table of eight people. I lost my last $5 chip and went to the bathroom. When I got out of the bathroom, I looked over at the table I was just playing at and noticed everyone had left! For the first time in my life, I realized I was the sucker. They were playing because of me. I was their tourist for the evening.

I remembered every one of their faces and was determined to never let that happen to me again. I worked harder on my game in Toronto with the goal of going back to Las Vegas and beating each of the players I lost to that night.

Turns out, one of those players, a guy everyone called Hawaiian Bill, became somewhat of a mentor to me. I hated him that first night, but I grew to understand what it takes to be a professional from watching how he works.

If you could have a gigantic billboard anywhere with anything on it, what would it say and why? Are there any quotes you think of often or live your life by?
“To avoid criticism, say nothing, do nothing, be nothing.”—Elbert Hubbard

This quote has deep meaning to me, much like [Theodore Roosevelt’s] “man in the arena” quote. It’s a reminder that when you challenge the norms, when you make your voice heard, you are guaranteed to receive criticism, but in the end, it’s all worth it. The alternative is being invisible, and that’s not how I live my life.

What is one of the best or most worthwhile investments you’ve ever made?
I’ve invested in people I trust. My manager, Brian Balsbaugh, has become a great friend and confidant over the years, and it’s been invaluable to have him as a sounding board for ideas. In addition to Brian, having a personal assistant who I overpay has allowed me to make better use of my free time.

What are bad recommendations you hear in your profession or area of expertise?
In poker, the “poker face” is romanticized. It gives you the impression that, to succeed in the game, you need to be stonefaced and emotionless. That all that matters are the numbers and the math. That emotion plays no role at the poker tables.

It’s just not true. If we were robots, this approach would be optimal, but it’s not realistic. A better approach is to acknowledge the emotions you are feeling as you either win or lose and just be present to them. Stuffing away emotion or frustration at the poker tables isn’t the way to go.

In the past, if someone asked me for something, I may have given them a, “Sounds good, man. I’ll check my schedule and we’ll figure something out.” The hope was that it would just go away, but the result was me being pestered for a meeting I didn’t want to take. I’d have to come up with new excuses as to why I was too busy. Why would anyone do something like that? Well, I naively figured this approach would keep me from hurting people’s feelings, but I ultimately realized the opposite was true. I was out of integrity and wasting their time.

So, I’ve learned to be honest and respectful at the same time: “Thanks so much for thinking of me for this. I really appreciate it. Unfortunately, it’s not something I want to take on, but I wish you the best of luck with the project.” They may be disappointed in the moment, but it’s a much better way to deal with it.

I go through an exercise that helps me to get present to the reality of the situation. I tell my story to myself from the perspective of a victim, then I tell the exact same story from a place of 100 percent responsibility.

Victim: “I was late to an important event because my girlfriend took too long to get ready. It’s not my fault.”

Responsible: “I acknowledge my breakdown in being late. In the future I am committed to making sure that I do everything I can to ensure that I’m on time.”

Telling myself the victim story allows me to vent briefly. Once I’m over it, then I realize that if this meeting was so important to me, I should have made it clear to my girlfriend that I couldn’t be late, and let her know that if she was running late, I’d have to leave without her. 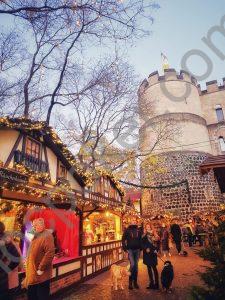 Previous post In a real sense, to grow in life, I must be a seeker of stress