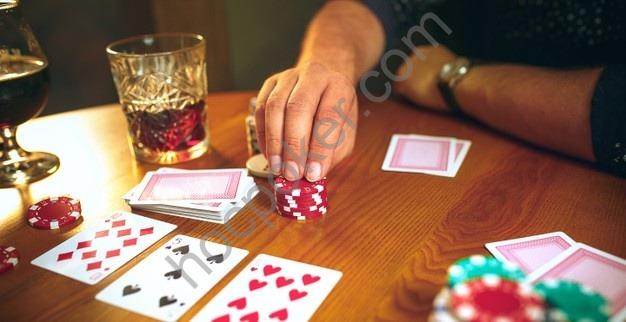 Without a doubt, most players’ problems begin preflop. Your typical live no-limit hold’em player plays way, way too many hands. If you play too many hands, by definition all the extra hands are bad hands. Playing too many hands creates an instant problem—how do you get rid of all the bad hands you are stuck with after the flop?

There are three ways to deal with bad hands after the flop. You can fold them. You can call down with them. Or you can try to bluff with them.

The first step to winning at $1-$2 is avoiding this problem in the first place. You use a tight preflop strategy focused on playing mostly pocket pairs, suited big card hands, and suited connectors. You avoid ragged suited hands and most offsuit hands.

Furthermore, you raise frequently preflop. I recommend never limping from any position outside the blinds. I recommend this not because limping is always wrong, but because limping is usually wrong—or at least raising is usually better. I’d much rather most players miss the occasional spot to limp than fall into bad, self-destructive preflop habits.

I also recommend reraising a lot preflop. When I play no-limit, I am usually the tightest player at the table. I also am usually the player who 3-bets most frequently. This reraising strategy begins the process of punishing your opponents for playing too many hands.

Finally, I recommend learning a strategy and, for the most part, sticking to it. I used to advocate playing a fluid preflop strategy that depends on game conditions. “It always depends,” is something you’ve no doubt read a thousand times.

I don’t recommend that philosophy anymore—at least not for preflop play. Again, it’s not because it’s wrong to adjust your preflop strategy. Instead, I believe that you don’t gain as much by changing things up preflop as some people seem to think. And the pitfalls to playing an ever-changing preflop strategy are myriad.

This skill is simple, but powerful. It’s based on a strategic idea that applies nearly universally in small, soft no-limit hold’em games. When people make big bets and raises on the turn and river, they aren’t bluffing.

It’s not that they never bluff. But there is a theoretical percentage of the time that players should be bluffing if they want to play well. In nearly all cases, small stakes players will fall short of this theoretical percentage with their bluffing when the big bets come out. They bluff—but they don’t bluff often enough to make you want to call.

Therefore, if someone makes a big bet or raise, you should assume they have the hand they are representing. This usually means you should fold.

That’s the hard part. It’s easy to talk yourself into calling. Maybe you feel like you’re being bullied, so you decide you’re going to take a stand. (At $1-$2, it’s more likely you’re just running bad than that your opponent is intentionally manipulating you.)

Maybe you flopped a big hand and you just can’t accept that you were outdrawn.
Maybe it’s not clear what your opponent is representing, and you are confused or curious.

I don’t care. Fold. After adopting a solid preflop strategy, learning to fold in these situations is the most critical skill to beating $1-$2 games.

Skill #3. Assess The Value Of Your Hand

Everyone can figure out if they’ve flopped top pair or not. It’s a little trickier to figure out what your top pair is worth. This answer depends on kicker strength, board texture, number of opponents, and opponent tendencies.

A very common mistake many $1-$2 players make is that they allow themselves to be guided by a fear of being drawn out on. As soon as they flop top pair, they are thinking of ways to push people out of the pot so their top pair will hold up.

This is exactly the wrong approach. If a pot ends before showdown, it’s irrelevant that you held top pair. You might as well have held two blank cards. The only way it matters that you flopped top pair is if you can get the hand to showdown so that you can show off your pretty cards.

Your goal when you flop top pair or any other value hand, therefore, is to figure out how you can get the hand to showdown while charging your opponents the maximum value of your hand.

This skill isn’t as simple as the first two. It can be a little tricky to evaluate the value of your good hands. Furthermore, this value fluctuates depending on the turn and river cards. But master this skill and you will have everything you need to beat $1-$2. 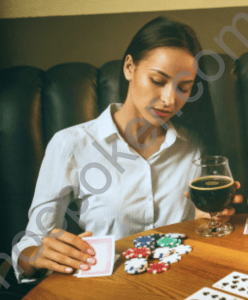 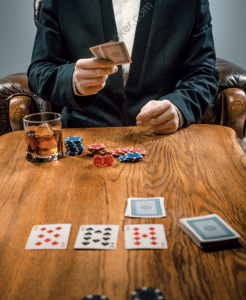