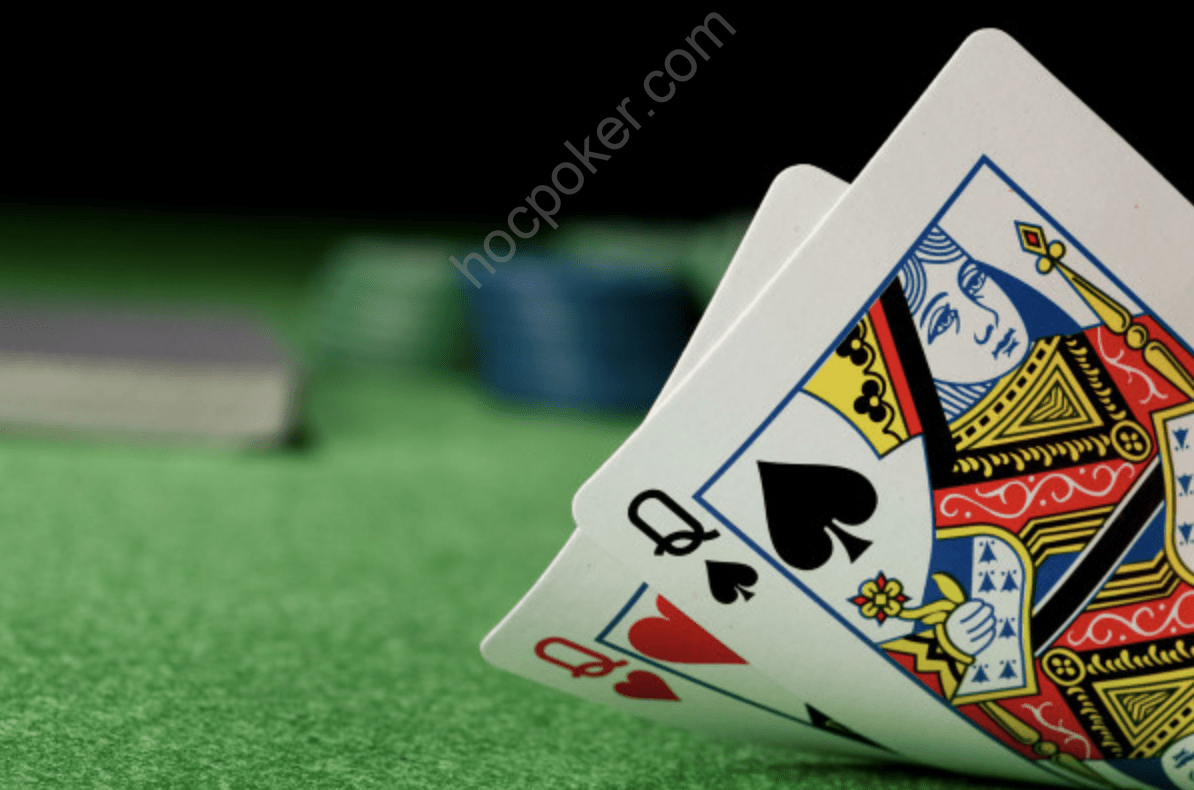 The above poker is basic poker, and applied along with strong mental discipline will yield very solid results. But to play HU and take poker to the next level some new ideas need to be added. They still revolve around playing well thought‐out poker, having a plan, controlling the pot size and getting the money in well. It’s just that within that framework some nuances need to be added.

The best players play with precision. If they make a call it’s because they think they are best, not because they think they have to given their hand strength (they follow their instincts). Some of the times you might have a pretty good hand and call a flop bet, but for some reason you are pretty sure your opponent is going to bet the turn again, and your hand isn’t good enough to call that bet. This is known as a weak flop call. It can also happen on the turn. Make a decision about the hand (this is more applicable to the turn call then the flop), make a read about whether you’re good or not and act on it. The worst thing to do is get confused, say “damn it” and call, then he bets on the next street like you thought he would and you say “damn it!” (you are quite a bit angrier now) and quickly muck. This is terrible play and you will lose a lot of money on it.

Conventional wisdom says, “Every time you call the turn with a made hand, and the draw misses on the river, you should be calling the opponent’s pot‐sized bet.” This is not true. Play precisely – if you now think you are beat you can fold. Sometimes against a good player you call a turn bet, the draw misses and they bet the river, so you don’t have any new information and are unsure of how to pro‐ ceed. This is because they are playing good poker and you can’t hand read them. In this case you should make a decision on the turn because you don’t gain anything by waiting until the river. Against a bad player, or a player who you can read well, you might make calls on the turn and then after gaining more information fold when they bet on the river. These are bad players and you can outplay them. On the turn you think you are ahead, but his river action will tell you otherwise so you call the turn and reserve judgment until you gain more information.

Whatever the pot size, it’s very important to play precise poker – don’t give anything away and don’t play weak. If you’re going to play, fight for the pot, mix it up and raise him later on, call him down, or reevaluate your decision and fold. But, do not make sloppy calls and slowly hemorrhage money away to an aggressive player – this is one of the worst poker sins.

When coming up with a plan, the more future things that could happen that you consider the better the plan. A beginner will start out with the most basic plan, only foreseeing what will happen in the case of a few cards coming. For instance if he has a flush draw he will consider two different cases – when the flush card comes and when it doesn’t. However, the advanced player will see many dif‐ ferent cases. Take for instance this situation. The board is 10♥‐9♥‐3♠, and the expert has 8‐7o. He doesn’t just see eight cards that come that hit a straight and eight that don’t. He sees three cards that give him the nut straight without hitting a flush, a card that gives him the non nut straight and hits the flush and four cards that give him the nut straight – one of which hits a flush. He also sees all the flush cards that can come, and also non‐flush overcards. So for instance say the opponent bets, and the expert doesn’t have the odds to call on straightforward considerations like just how often the straight comes. Maybe he puts the opponent on a pair of tens, and then maybe he can win a big pot if the straight hits, or bluff if the right cards comes (like a flush card or scary overcards).

Another way to consider future cards that can come is not just if they can be used to bluff by you, but if your opponent can use them to bluff you out of the pot. This is more of a consideration the more aggressive and skilled your opponent is. Another consideration is that when you are on the flop and have a big hand most of the time you aren’t concerned with cards coming that allow your opponent to outdraw you so much as cards coming that are scary for your op‐ ponent and ruin the action.

For example, playing $10/$25 HU if we both have $2,500 and my opponent is playing standard. I raise to $75 with A♥-7♠, he calls, the flop is 10♣‐8♠‐6♠, he checks and I bet $125 and he calls. If the turn is the K♠ this is a great card to continue the semi‐bluff on. He just called the flop and didn’t raise so his hand is probably weak. The turn is scary for him and I could have had a good hand already, or I could have hit the king or a flush and maybe even more importantly he knows he will face a hard river decision. If he calls, I most likely have a lot of outs and even if they aren’t outs they will be scary cards for him that I can bluff on. That is the power of semi‐bluffing – even if he knows I might be semi‐bluffing there isn’t much he can do about it. Another reason this is a good time to continue with the bluff is that there is no value here in checking behind on the turn, trying to hit the draw and getting more money in on the river. My draws might make me the best hand but aren’t strong enough to ex‐ tract a lot of value on the river so it’s not as much of a problem if he check‐raises me off the hand.

The previous equation is saying 38/46 times a non straight card comes so we lose the $1,500 we call with on the turn, 2/46 times a straight card will come that is also a flush card so the opponent will be scared and not pay us off for a river bet so we just win the $3,000 in the pot on the turn, and finally 6/46 times a non scary straight card will come and we can get paid off for a pot‐sized bet on river so we win a total of $6,000, and this comes out to an expected value of ‐ $326. This is helpful analysis to do, but doesn’t tell the whole story. Consider not just the times straight cards and non‐straight cards come but separate the cards into more categories – straight cards, flush cards, and none of the above. Let’s say on a flush card the op‐ ponent will be scared and we can use the flush cards to steal the pot with a bluff. Then the math is as follows:

opponent will pay you off, and 31/46 times the opponent’s hand will remain good and we’ll be unable to bluff him out so we lose $1,500. Suddenly with this more accurate plan a call can become good. But even this is still a big simplification, as consider that some of the time the opponent will make a big call‐down when the flush comes, or that he might even have the flush draw himself. Or even the times that he doesn’t pay us off when a non‐flush straight card comes, or the times he is bluffing and if we pair up the 8 or 7 in our hand then we win. So the situation might be closer to this:

This all comes out to a profit of $46. It’s interesting to see how when we are calling with $1,500 on the turn and planning on $3,000 bets on the river, the edge in the hand came out to be so small. By look‐ ing at the math it becomes clear what is important. For instance, it needs to be very clear that the opponent will fold when the flush card comes and we can successfully bluff that card – if not the play loses a lot of value. Note that the better a player is, the more into the future they can see and plan for, and a really good player’s plan would include contingencies for even more than what is talked about above. For instance on the turn, a good player would know there are other cards that also bring up interesting situations like non flush aces, jacks or kings, which might be good cards to bluff on. Or maybe within the flush cards that could come there will be some that can be bluffed and some that cannot be bluffed. 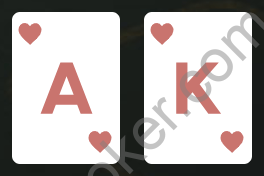 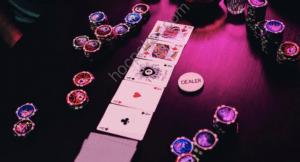