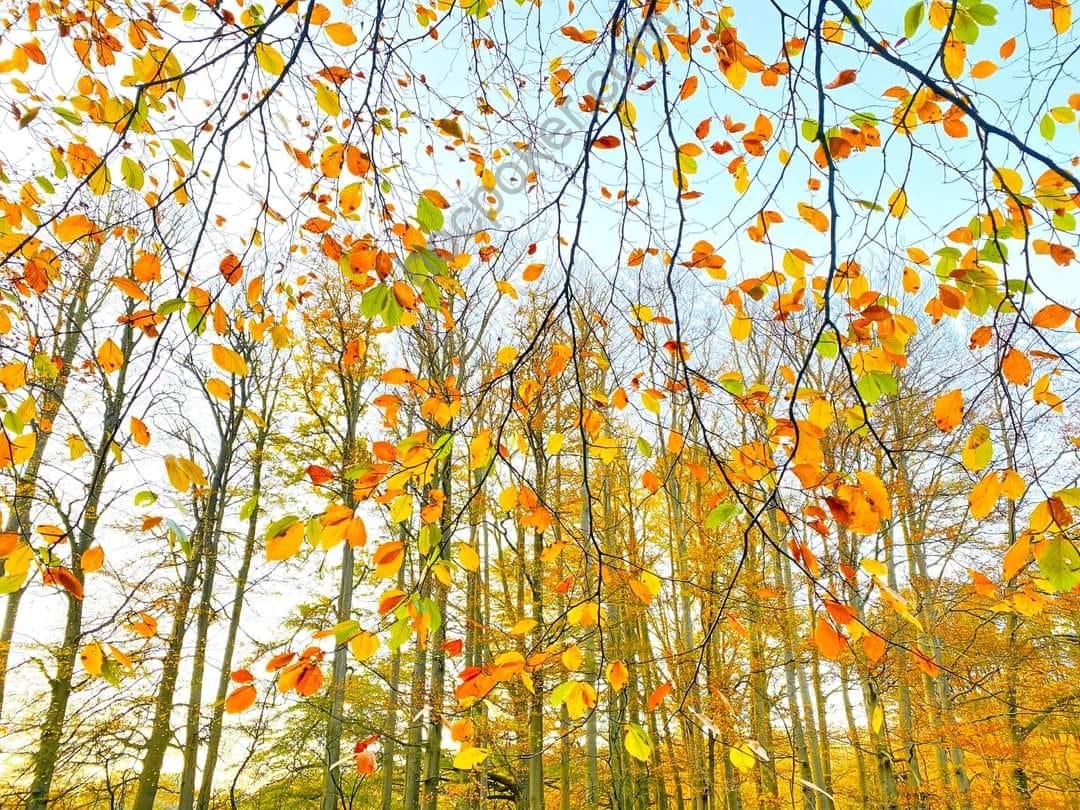 RABBI LORD JONATHAN SACKS is an international religious leader, philosopher, award-winning author, and respected moral voice. He was awarded the 2016 Templeton Prize in recognition of his “exceptional contributions to affirming life’s spiritual dimension.” Rabbi Sacks has been described by HRH The Prince of Wales as “a light unto this nation” and by former British prime minister Tony Blair as “an intellectual giant.” Since stepping down as the chief rabbi of the United Hebrew Congregations of the Commonwealth—a position he held for 22 years—Rabbi Sacks has held a number of professorships at several academic institutions including Yeshiva University and King’s College London. He currently serves as the Ingeborg and Ira Rennert Global Distinguished Professor of Judaic Thought at New York University. Rabbi Sacks is the author of more than 30 books. His most recent work, Not in God’s Name: Confronting Religious Violence was awarded a 2015 National Jewish Book Award in America and was a top ten Sunday Times bestseller in the UK. Rabbi Sacks was knighted by Her Majesty The Queen in 2005 and made a Life Peer, taking his seat in the House of Lords in October 2009.

What is the book (or books) you’ve given most as a gift, and why? Or what are one to three books that have greatly influenced your life?
Leadership on the Line by Ronald A. Heifetz and Marty Linsky, because it is the most honest book I have ever read on leadership, and you can tell that by the book’s subtitle, Staying Alive Through the Dangers of Leading. It’s deeply honest, and a book that I give to everyone, so they know exactly what they’re letting themselves in for if they choose to be a leader.

What purchase of $100 or less has most positively impacted your life in the last six months (or in recent memory)?
Without a shadow of doubt, buying [Bose] noise-canceling earphones. These are the most religious objects I have ever come across, because I define faith as the ability to hear the music beneath the noise.

How has a failure, or apparent failure, set you up for later success? What event or thinking triggered the depths of the despair?
The lowest point in my life actually came about when I published in 2002—on September 11, 2002, the first anniversary of 9/11—a book called The Dignity of Difference.

I decided that I would write a personal response to 9/11 to be published on the first anniversary. It was called The Dignity of Difference. It was a very strong book and a very controversial book. Members of my own community believed that I had simply gone too far, and that I had actually been guilty of heresy.

This was in the beginning of 2002 and something rather funny happened. Rowan Williams had just been appointed as archbishop of Canterbury, and the week before his appointment he had attended a Druid service in Wales, which was regarded by some Church of England people as a pagan act.

So there was one newspaper headline, which said, and I doubt that this has ever been said before or will ever said be again, “Archbishop of Canterbury and Chief Rabbi Accused of Heresy.”

Now, when you’re the defender of the faith, it is a little challenging, to say the

least, to be accused of being a heretic to the faith. There were calls for my resignation. I felt that many of my rabbinical colleagues did not understand the book and were critical of it.

It was simply unclear to me how I could move from here to there.

I could not see a scenario that would allow me to recover my standing and my reputation, my credibility as a Jewish leader, and that plunged me into total despair. When there is no light at the end of the tunnel, all you can see is the tunnel. I felt at that point there was no way forward. Probably the most important thing I had to do was resign.

It was then that I heard a voice. I’m not going to say this was God talking to me, but it was certainly a voice that said to me, “If you resign, you have given your opponents the victory. You have allowed yourself to be defeated in this first battle of what you see as the major challenge of the coming generation.”

I couldn’t do that.

Despite the fact that I was in almost unbearable personal pain, I could not resign. I could not hand my enemies, my opponents, the opponents of religious tolerance and reconciliation, that victory.

That was when I suddenly realized that it wasn’t about me. It was about not letting down the people who had put their faith in me and not betraying the ideals that had led me to take the job in the first place and write the book in the second place.

So that was the turning point and, in the end, the fact that I survived and emerged stronger after than I had been before, was not only important for me. It was important for all the other rabbis, because they too could see that you can take a controversial stand, be widely criticized, and yet still come through and still be able to sing with Sir Elton John, “I’m Still Standing.”

There was a 180-degree shift, a Copernican shift in my understanding of the nature of what I was doing. It wasn’t personal at all; there was no self involvement here. It’s about what you stand for, and the people that you care about. From that moment on, I became, in a sense, invulnerable, because I was no longer putting myself on the line.

If you could have a gigantic billboard anywhere, what would it say, and why?
It would say three words: “Live. Give. Forgive.” They are by far the most important things in life.

What is one of the best or most worthwhile investments you’ve ever made?
It happened in 1979. Long time ago, 38 years ago, when my wife Elaine and I bought a house with a playroom at the bottom of the garden, which I could turn into a study. I had been laboring until then to write my PhD, to write my first book, completely without success. I used to dream of going off to a mountain retreat or a little cottage in the countryside, and it suddenly occurred to me: “Here’s a house with a room at the bottom of the garden, and maybe there I will find peace and isolation.” It worked like a dream, and it was in that room that I completed my doctorate and wrote my first five books. It completely changed my life. Expensive, but worth every penny.

The really ridiculous thing, which I find totally life-changing is, at little pauses in our life, or when we need rejuvenation, I call [my wife] Elaine, and we sit or stand, and revisit a moment in our past by watching a music video on YouTube. It’s an extraordinary thing. If Proust had had YouTube, he wouldn’t have had to write À la recherche du temps perdu, because thanks to it, none of our past is ever lost. We can revisit it any time we like. There is our Back to the Future, there is our little piece of personal time travel, back to a time and a place earlier in our life that is rich in emotion, and it’s magically easy to do, and it takes almost no time at all.

Can you please share an example pairing of a past moment and a particular YouTube music video?
As just one example, in the summer of 1968, two very, very important things happened to me. Number one, I made a trip to America, where I had some life- changing encounters with some of the greatest rabbis of our time. And second, when I came back, I met Elaine, who was studying at the hospital at Cambridge. I was studying at the university in Cambridge, and pretty soon we got engaged and eventually married.

There was a film at the time that Elaine and I went to see, The Graduate with Dustin Hoffman. The girl he fell in love was called Elaine, and the music to the film was from Simon and Garfunkel. In ’68 they released a very evocative song called “America,” with young men and girlfriends and counting cars on the New Jersey turnpike.

So, whenever I want to recapture that moment when Elaine and I first met, when new horizons opened up in my life and the greatest romance of our lives became real, I just tune into YouTube and listen and watch Simon and Garfunkel singing “America.”

In the last five years, what new belief, behavior, or habit has most improved your life?
Three and a half years ago, I gave up being chief rabbi and attempted to do something that, for all sorts of reasons, none of my predecessors were able to do, which is develop a new career, a new kind of challenge. I realized that leaving a job as public and as privileged as that was almost certain to bring withdrawal symptoms and risk of depression.

I took a decision to overschedule my diary in order to simply not have time to be depressed. It was magically effective. I recommend it to anyone.

In the last five years, what have you become better at saying no to? What new realizations and approaches have helped you to deal with that?
Quite simply, my team. My wife and my two people who run my office, because I realize that my biggest weakness is an inability to say no, so I simply delegate it away. Those people I’ve delegated it away to are a whole lot better at saying no than I am. I recommend this also to anyone.

What are bad recommendations you hear in your profession in your area of expertise?
In my area of business, that is in religion and public discourse, probably the thing I hear most often is fear and hence defensiveness. This is precisely the wrong way to face the future. Face it full of hope, knowing that whatever challenge lies ahead, you are equal to it, and just deliver a message that is precisely the opposite of fear and defensiveness.

What did I key into the sat-nav system of my life [where do I want to be 10, 20 years from now]? What is my ultimate destination? You have to look at that every time you feel overwhelmed. Remembering that destination will help you make the single most important distinction in life, which is to distinguish between an opportunity to be seized and a temptation to be resisted. 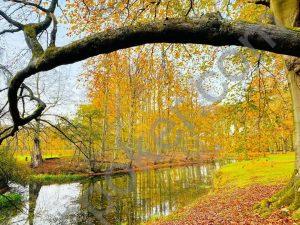 Previous post I’d rather give an understated good recommendation: be interdisciplinary . . . the interactions between [fields] tend to very often inform strategic and protocol decisions 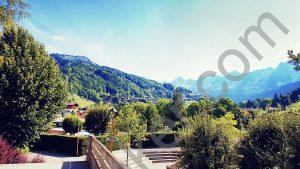