MUNA ABUSULAYMAN is a leading media personality in the Middle East. She is the former founding secretary general of the Alwaleed bin Talal Foundation, the philanthropic arm of HRH Prince Alwaleed bin Talal’s Kingdom Holding Company and co-host of one of MBC TV’s most popular social programs, Kalam Nawaem (“Speech of the Soft”). In 2004, Muna was named a “Young Global Leader” by the World Economic Forum. In 2007, she became the first woman from Saudi Arabia to be appointed by the United Nations Development Program as a goodwill ambassador. In 2009 and 2010, she was selected as one of the 500 most influential Muslims in the world. In 2011, she was listed as the 21st Most Powerful Arab Woman, and 131st most Influential Arab in the World by Arabian Business magazine.

What is the book (or books) you’ve given most as a gift, and why? Or what are one to three books that have greatly influenced your life?
For every stage in life, you discover books that speak to you, that help you change, to become the version of yourself that you need to be. It’s so very difficult to choose one book. But, if I must, it will be The Power of a Positive No by William Ury.

It allowed me to understand the reasons why I was saying yes to things I did not want to do. More important, it gave me the tools for how to say no consistently and without guilt.

Other books have allowed me to discover myself, guide myself to changing,

but I would not have had the time to do that if I had not said no to time-sucking activities that I was accepting before.

If you could have a gigantic billboard anywhere with anything on it, what would it say and why? Are there any quotes you think of often or live your life by?
There are two sayings I live by that I got from my father, who knew that I always wanted to be the best in whatever I did: “You can only do your best” and “Take it easy, ya azizi.” Azizi means “my dear” in Arabic.

Do your best, trust your abilities, and if it does not happen, then “Take it easy, ya azizi.” This has helped me a lot on dark days when there were too many responsibilities, when I was trying to deliver perfect results in all aspects of my life.

It has also taught me to be accountable to myself. Do your best, take it easy, and live to battle another day, tomorrow.

I have to try weird ice cream flavors in countries that I travel to. I love ice cream. It should be its own food group. The weirdest flavor is probably durian ice cream in Malaysia, an exotic fruit that smells like sewage but which has a nice kick to it, once you get past the smell. [On the other hand,] my favorite flavor is almost any fruit flavor from Venchi Gelato in Rome.

I have learned that when I overcommit, I lose focus and desire to do the work at hand. So this is why learning to say no is very important to me.

Sometimes, however, loss of focus is a symptom of something else, that you really don’t care for your work. This needs a lot of reflection and discussions with mentors to figure out whether you need a break, a vacation, or a change of career.

What is one of the best or most worthwhile investments you’ve ever made?
Investing in my children when they were young. Due to my busy schedule and long hours at work, it meant that almost every free minute was devoted to being with them, rather than adult social activities. It helped us get closer to each other, have bedtime stories, take vacations, and build memories.

Now that I am more established and have more time, they have flown the nest. I am glad that I truly made the time commitment to enjoy daily mundane activities with them, because now, when I do have the time, they don’t.

I had also taken them with me when I traveled for work, if it was more than a three-day work trip. Sometimes, it cost an arm and a leg, but it allowed me to spend time with them and discuss issues that rose from those different cultures.

I always made the time to discuss with them any business call that I made in their presence: what it was about, what the issue was, how I was trying to solve it. First, so they understood what took Mommy away from them, but also to help them understand the world they will enter one day.

Previous post “You learn the secret of this business, which is there’s no secret. Be yourself.” 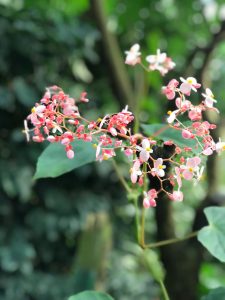