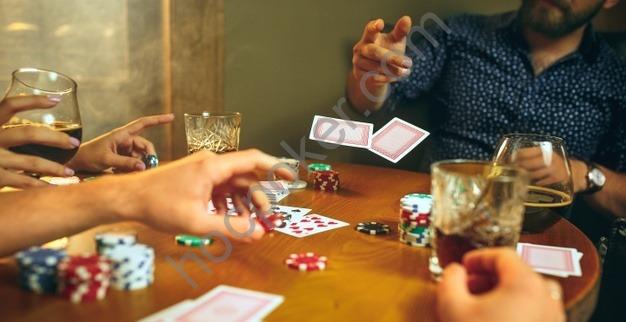 In my last few and most successful years as a poker player I‟ve come to notice that my outlook on the game contrasts that of many others. I‟ve struggled over the past few weeks to put into words where my thinking differs and what I believe is the reason for my calm disposition. The tangents I indulge support my explanation, as well as cover my thoughts on success and failure. As I don‟t have the humility to prevent me from voicing my opinion on this subject, I feel obliged to do so.

Being a perfectionist, it is ironic that I should first start by excusing the imperfection of my post. However, writing is similar to poker in that perfection is impossible, much to my dismay in both cases.
I‟ll quote John Steinbeck:

Quote: Very few people ever mature… But sometimes… awareness takes place- not very often and always unexplainable. There are no words for it because there is no one ever to tell. This is a secret not kept a secret, but locked in wordlessness. The craft or art of writing is the clumsy attempt to find symbols for the wordlessness.

This is something you need to understand for yourself in order to appreciate the mindset I take when approaching the game and the variance that comes with it.

Downswings are especially difficult to recover from because there are multiple forces working against you. Most visibly, you‟re stuck and need to win to recover what you‟ve lost. The simple financial loss is only the beginning, though. Secondly, you‟re frustrated and stressed. (Especially when you‟re playing for a living where winning is a necessity) Thirdly, you‟ve lost confidence in your abilities- the second worst part of the nightmare. And lastly, feeling sorry for yourself is the final nail in the coffin. Like using multiple drugs simultaneously, the effects are multiplied and can be catastrophic. In the midst of such a trying time, “it will all even out in the long run” is hardly reassuring.

I‟ve come to the conclusion that both players have a good sense of variance yet have no teachable methods to weather the storm. (Or rather, outlooks to take)

Irieguy touches on some important yet under appreciated subjects. Among reminding us that complaining is bad and musing that emotional stamina varies from person to person, he leaves us this little gem of brilliance.

Quote: Everybody will eventually run worse than they thought was possible. The difference between a winner and a loser is that the latter thinks they do not deserve it.

This could be one of the most important statements ever posted on 2+2, measuring by how much it can help most players. (I‟ve only been reading since late ‟03, but this is certainly up there with the most helpful of what I‟ve read). Feeling sorry for yourself is the single worst thing that can happen as a result of a downswing. I see it on the forums every day- it consumes players. Posting downswing graphs for sympathy, comparing who runs worse, all in a desperate attempt to prove your own abilities to yourself because of the doubt your recent misfortunes has instilled in you.

Quote: This statement is truer than anyone can know(even though I think most of you do know, it just seems impossible for me to believe that someone else can understand). What he says about winners and losers though, will keep you from attaining a more complete game. There are no winners or losers, to think that, is to let yourself be affected by negative variance. If you are not in the positive for the day, then you therefore must be a loser, and so the downward spiral begins. All of those negative ideas must be eliminated from your mind, or you will not perform to your potential. The trick is recognizing these negative ideas, since there are so many and so commonplace in our society, it is a large task indeed to sort them out as real, or just ideas created by the masses. Our labels for winners and losers simply identify individuals who play the same game a different way. Just because one person doesn’t achieve the same goal that I strive for, doesn’t make that person a “loser.” Everyone is the same, and everyone has the same potential, some just direct their energies in different directions. The sooner you can get that into your head and really believe it, the sooner you will start to have a real understanding of the game.

Now here‟s where Gigabet and I differ in our opinions of approaching variance. He believes that by eliminating “winners” and “losers” from the equation, we become content with our own set goals and abilities, despite others‟ more impressive results. However, everyone is not the same, and everyone has a different potential as a player. On a very basic level, before becoming a winner, one must figure out what is preventing success. Eliminating successful people from the equation is not a good place to start.

The difference between winners and losers is that some people are able to overcome the delusionality that results from downswings, whereas others are not.

Never in my life have I seen such delusionality as I have in poker. The poker world runs on it, because losers are given a taste of what they believe is success, when in fact it is simply the deceiving placebo. (And yes, I know some players play for enjoyment while recognizing they are outmatched, but I think the percentage of players who truly believe they have an edge is generally underestimated). What is unbelievable to me is to what extent such delusionality can reach.

What kind of close-mindedness does it take to guard your poker prowess with such insistence upon bad luck? As winning poker players, we profit from others‟ delusionality and so the less delusional we become, the better off we are. Keeping an open mind to the reason(s) for your downswing is as important as learning how to properly balance your preflop 4-betting range.

I‟ve experienced a collective sense of open-mindedness in the heads up forum, where people aren‟t afraid to concede their opinion as ludicrous, and quickly default to well-intended questioning. I believe this is because of the nature heads up poker. There is no quick-learn formula to grind out a few bb/100 while playing heads up; you need to learn for yourself what works and doesn‟t, and having an open mind to different strategies is imperative. Occasionally in other forums, posters will fiercely defend their position, contradicting themselves often as they attempt to strengthen their argument, which eventually leads to a huge waste of time and energy. But worst of all, they fuel their delusionality.

Poker is a competition, but nothing near the competitive level that conventional sports are, such as basketball or golf. (At least at this point in time, anyway) Poker players lack the healthy competitive nature created by these atmospheres because of the influence luck has on the game. When losing a tennis match, you generally respect your opponent because of his superior abilities. Very seldom in poker do we credit someone‟s poker prowess for beating us, because we‟re usually playing against others who are worse; which is the nature of the game. Athletes are able to overcome the difficult times generally due to the fact that there is little luck involved in their sport; their failures are a direct result of their personal shortcomings- igniting their determination to work that much harder in order to achieve success.

Poker players on the other hand experience a different breed of failure that is often very much not their fault. It is difficult to recognize when we‟re at the peak of our poker prowess because we are seldom know whether or not to credit our successes to variance. Similarly, when we cannot take responsibility for our failures with any degree of certainty, it‟s not easy to work harder than before to prove ourselves successful. Doubt in your cause weakens the determination to become successful.

Humans were not designed to bear the type of variance that comes with poker. We don‟t innately understand how long-run odds work, and our frustration is a result of what we believe should not have happened. We don‟t think it should happen because of our built-in shortsighted outlook on bad luck. It was never necessary for us as a species to understand this type of bad luck because any one who experienced a string of misfortune would simply not survive.

What you need to do as a poker player to survive the variance is to treat it as a challenge to yourself. Where you can‟t physically push yourself as in other sports, you need to mentally push yourself to not be bothered by the variance. When you don‟t care whether variance is being equally fair to you and everyone else, losing in poker is just a competition of how strong you are mentally. When you don‟t need others‟ sympathy and confirmation of your misfortune (rather than your own lack of abilities) your confidence has finally reached its prime. Personally, I enjoy proving that after I hurricane off ten buyins, I can talk to a friend as if I just won the lottery. I take pride in having physical endurance, and I have developed the same ecstasy for my strong mental endurance.

So treat variance as an entity that has the sole purpose of upsetting you to the point where you fall to your knees and cry like a four-year-old, blurry eyes squinting at an EV graph that is in fact the crooked, satisfied smile of variance. 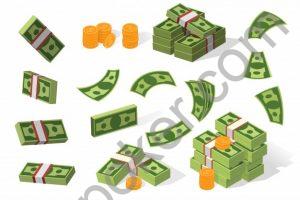 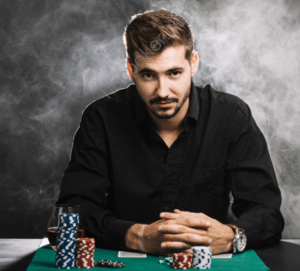