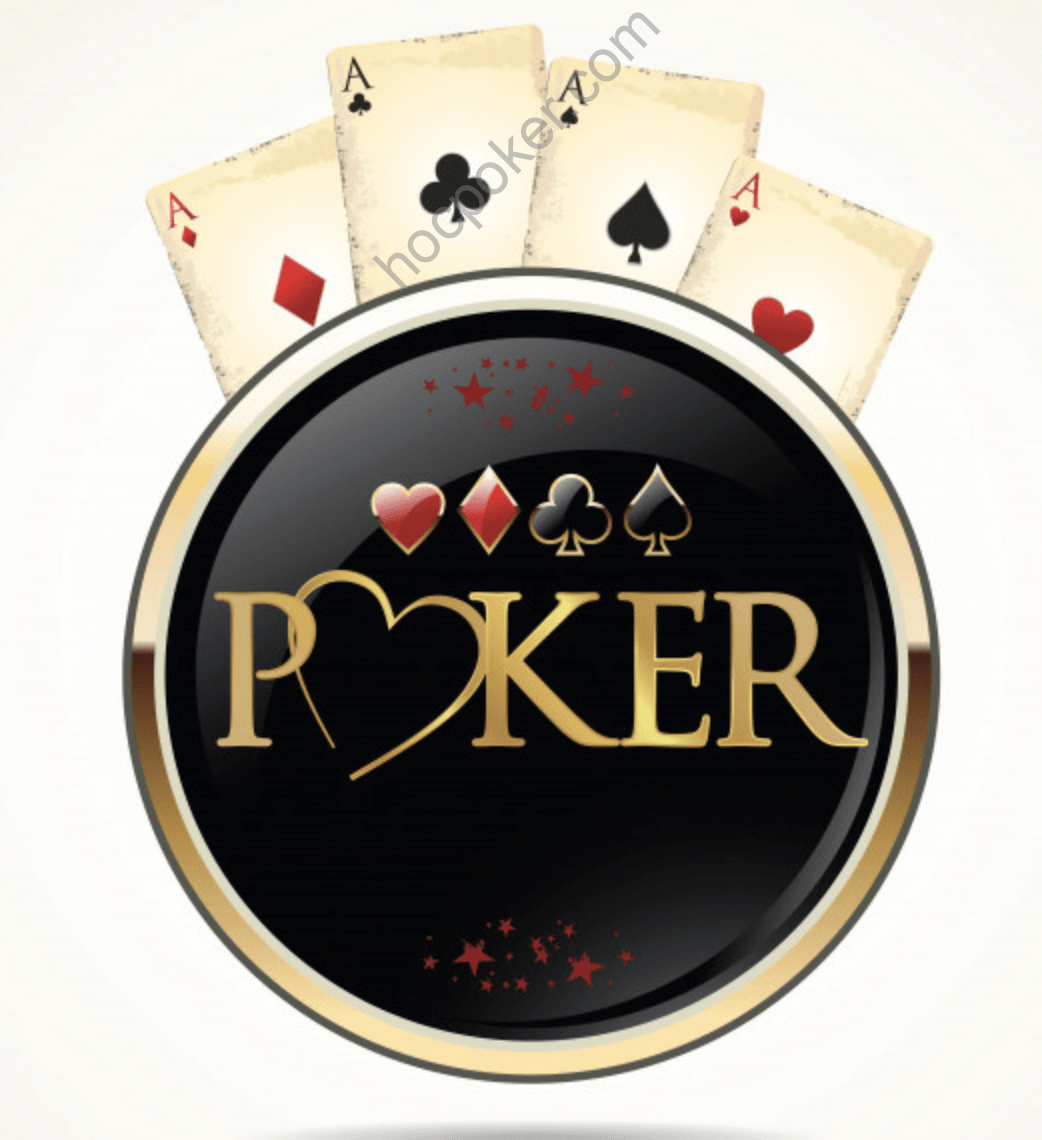 A table full of loose players is by far the hardest table to find yourself sitting amongst in Texas Hold Em because you never really have any information as to what hands your opponents may hold on any given flop. Loose players (good ones anyway) have the ability to raise you the exact same amount of chips in the exact same manner with a great hand (such as AA) as well as a garbage hand (such as 72 off suit) without giving away any tells as to which of the two (or somewhere in the middle) hands they are currently raising with. Because of this ability to raise regardless of hands (the starting phase to a Level 2 player, only Level 1 loose players make raises because they saw professionals do it on television as opposed to having any real understanding behind the mind games of playing loose) a flop of 2 8 3 rainbow (all different suits) is just as likely to have given the loose player two pair or three of a kind as it is to have completely missed their hand.

Tables with many loose players will have an incredibly high volatility (the swings in chip stack size will be enormous) and will cause some players to want to start playing with more starting hands against large raises in an attempt to pick up a huge chip stack quickly. This is exactly the wrong mentality you want at a table full of loose players. Instead of playing more hands against loose players you should be playing less hands. Why? Because if you stick to the type of hands a Tight Player would play (the hands that have the best chance of winning any given pot) with a few extras (quality drawing hands) you are giving yourself the edge in terms of percentage to win the pot (granted you may lose a game or two in the short run to loose players but a true poker player is looking toward the long haul, winning 100,000 games out of 150,000 games as opposed to winning just the next 2 or 3) By increasing your percentages to win pots you will be able to invest into pots more wisely, thus giving yourself the edge when it comes to pot odds and will always have the option to fold your hand the second you believe you are beat. Loose players are much more likely to drop substantial portions of their chip stacks to you (if not their entire chip stack) in one or maybe a few hands as opposed to any other sort of player, thus giving you tremendous Implied and Investment Odds. Whenever the odds of your hand or your chip stack size are in your favor (your hand winning or your chip stack increasing in size) you have a golden opportunity to move yourself up the rankings and at the same time move a few of your opponents down a peg or two, if not completely out.

The most important reason to play less hands against a loose player rather than play any two cards against a loose player is because poker is a game about wise investment moves based on information that helps you call based on an informed decision rather than simply gambling. If you want to gamble go throw your money away on the roulette wheel or slot machines and stay away from the poker table. As for those of you who are still with us and still want to play quality poker never fall into their game of raising with any two cards. The Level 1 Loose Players are (unintentionally) throwing you off your game and sending you into a state of tilt in which bad decisions and loss of chip stack are soon to follow. The Level 2 and 3 Loose players are (intentionally) throwing you off you game to place you in a state of tilt as a way of extracting the maximum number of chips they possibly can from you when they do in fact finally hold a quality hand.

Let the loose players eliminate each other. A loose player with fewer chips than you is much easier to eliminate when you finally hold great starting cards than a loose player with a lot of chips. Attack the wounded loose players with quality starting hands as they will be desperate to reclaim chips and once again play with reckless abandonment. A loose player is much less of a threat when they hold fewer chips to speculate with than a loose player holding many chips as their starting hand selection may fall anywhere from being a 4 to 1 favorite preflop all the way to a 20 to 1 underdog preflop. If you are sticking to only quality hands at worse you will be a 4 to 1 underdog pre flop (if they hold AA or KK and you have two under cards) yet be the favorite on the majority of hands.

Also by sitting back until you do indeed hold quality cards one loose player may take enough chips from another loose player to turn said loose player into a Tight Player. As you’ve learned from our Tight Player Strategy Guide a Tight Player is much easier to push around when in the blinds than a loose player and will be much less willing to take risks in fear of being eliminated than a loose player. The blinds will slowly eat away this formerly loose now tight player until they are either A) down to nothing or B) go all in with starting cards that may or may not be of the best quality.

Another key to playing against the loose players is removing all forms of blind stealing, bluffing, and pot odd raises from your game as loose players may or may not really care about your attempts to try and outplay them on the betting field. Loose players earn their title by calling raises (or simply raising) with cards they typically shouldn’t or ignoring pot odds altogether and working more with a system of Implied and Investment Odds (Level 1 players simply have no concept of these odds and will play just because they know if they do indeed make their 4 out straight they will win the pot) than anything else. Your attempts to steal the blinds or bluffing will be met with resistance in the form of a call or reraise.

You should also keep in mind that when betting it is best to hold two pair or better against a loose player because your top pair with an ace kicker may be beaten by the loose player holding that exact same pair plus a second pair (giving them two pair) even though their starting cards were not of the same caliber as yours. For example your Ace King may lose on a flop of King Five Eight to a loose player holding two pair Kings and Fives. Depending on how loose the player is / how many more chips the player has than the rest of the table will affect whether or not the loose player will call your large pre flop raise while you hold Ace King suited and the loose player holds King Five off suit. Some players may simply want to speculate and take a chance at taking a lot of chips from you simply because they have a read on your betting patterns (only raising with quality cards) so therefore know if they catch the right flop they can take all your chips. Or the loose player simply has no strategy and is new to the game (doesn’t know what is and is not a good hand / good draw / good odds / etc)

Your greatest weapon against the loose player aside from playing only strong starting hands against them and avoiding huge confrontations where you hold nothing more than face card high are your tells on the loose player. Every player has a series of tells, even professionals. Some are rehearsed tells in which your opponent is acting a certain way to get a certain reaction out of you and some are caused simply by your mind and body’s nervous system. Regardless every player has tells and the loose players are no exception to this rule. Pick up on subtleties from when they do hold a hand and when they don’t hold a hand. Use the time you are not in the pot to watch one individual player for any tells that stick out in your mind as to whether or not they have something or don’t. Or maybe even they have a tell for when they have something but know its not the winning hand. After you have discovered each loose players tell(s) during the rounds of action in which you did not hold quality cards you can (should, and will) exploit every tell you picked up to fold hands in which you know you’re beat and extract as many chips as possible when you have the best hand. Tells are your most useful weapon against a loose player, playing quality cards is your second most. Once you’ve picked up on the tells of your loose opponents you have the option to broaden the range of starting hands you will play and pick up pots without holding the best hand from loose players who bet, yet bet weak. Don’t go overboard with your starting hands selection though because then the loose players will view you as one of their own and will be much more likely to call you in pots that you were trying to pick up from opponents you believed to be weak. They will look you up just to make sure you weren’t playing loose back at them. 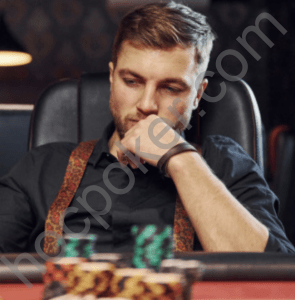