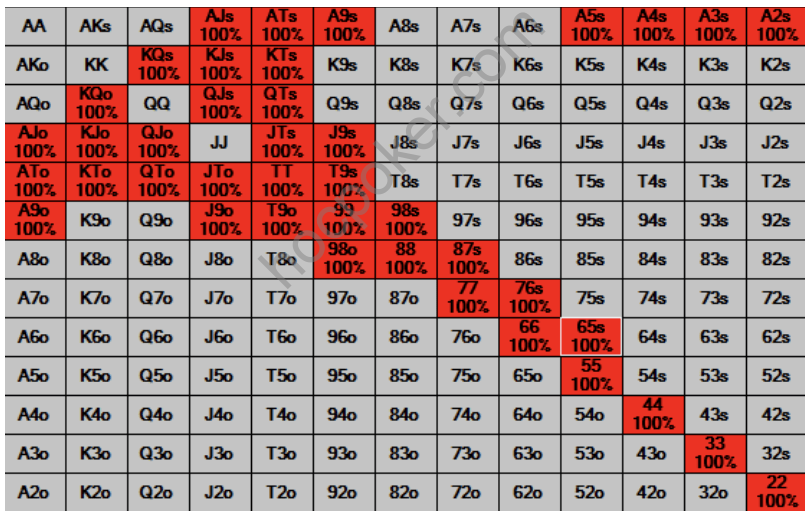 Most poker players have huge holes in their pre-flop strategy, but aren’t aware of it. Some of this is out of a lack of knowledge, and for others it can be because of too much ego. Believing you can play almost any two cards and outplay your opponents ends badly in a lot of situations. In some situations that may be absolutely true of course, but in many cases it’s not. Everything begins with pre-flop play, and mistakes made in this part of the game only get compounded on later streets. So having a solid strategy is paramount in long term success in no-limit Texas Holdem.

Based on my observations and conversations with students, and fellow poker players, it seems that most players got their understanding of what hands to open raise pre-flop, cold call, and 3-bet mostly from starting hand charts, poker discussion, and some trial and error. A lot of players I’ve asked started with some sort of hand chart to begin with, and slowly weaned themselves off into a pre-flop strategy they feel works best for them.

There’s absolutely nothing wrong with referencing starting hand charts, and talking to your poker friends about starting hands from different positions at the table. What you want to do as a successful poker player though is make sure you’re really taking in all of the relevant and available information about any decision you’re making at the poker table, and making the best decision possible. Having a process, or poker thought algorithm PTA, as I like to call it, is a great reference for successful decision making. A poker thought algorithm for pre-flop play looks something like this:

You should be asking yourself these questions every time you’re making a pre-flop decision. If you’re missing any of them in your thought process, it’s important to take note and make sure you starting asking yourself. Most of the time your decision will be easy; You’ll look down at Ks4s and muck it. However, in some situations this same hand could be a call or a 3 or 4-bet if the questions are all answered properly.

It’s always best that if you’re unsure about a hand based on how you’ve run through your own poker thought algorithm, that you err on the side of caution. It may be over stated, but most players’ mistakes in no- limit Texas Holdem come from playing too many hands, not from playing too few. One of the easiest ways to correct a losing approach to poker is to start tightening up your starting range. If you’re losing money or around a break even player, then generally something as simple as playing fewer hands can move you into the winning column. This ensures that when you are in a hand you’ll generally have the stronger of the two hands and win more from second best hands calling you down then vice-versa.

Flat calling, sometimes also called smooth calling, or burning money as I like to call it, is when you decide to call an opponent’s raise, or call the blind. It’s part of poker, and you want to have a flat calling range, but for almost all players their flat calling ranges will not yield positive results. There are a couple of simple reasons for this.

fairness, if most people who played online poker ran the proper filter for this area, or used software like Leak Buster, they would see anywhere from bankroll sucking spew to minor winrate draining spew. There are some players that can and will have a positive winrate in this area, and this is what you should strive for too. If you suspect that you may have a leak here though, check your results, and then come up with a game plan for correcting it.

One of the keys as to why most people don’t do well with their flat calling range is because of statement #2. Statements #3 and #4 are usually also a problem, but one of the easiest ways to start to patch this kind of leaks is to focus on the first two to begin with. Tighten up your flat calling range by not flatting as much, especially out of position. Turn some of your flatting range into a 3-betting range so that you can take initiative back in the hand.

Ideally you want to strive to be able to have a marginal flatting range and confidently call down your opponent in the correct spots, and find highly +EV bluffing situations. Those concepts take a lot of time and experience to pull off successfully. It’s definitely something you should experiment with and work on as part of your long term goals about your game. In the short term minimizing losses here, and slowly taking some of those flatting hands and turning them into +EV post flop bluffs and value call downs is a reasonable plan. You can’t continue to improve in poker if you don’t have money to play with.

Here’s an example of a typical range you may flat call within a lot of different situations. To improve your results, stop flatting 22–66 from the blinds to a steal attempt if you’re doing it now, unless you’re nice and deep and against a really weak opponent. Don’t flat off suited hands in position against strong opponents. Even with position, if they are decently good it’s going to be hard to play them profitably unless you have some very specific read. Don’t flat AT–A9, KT––KJ, QT–QJ type hands from early and middle positions. You’ll often be dominated and you’ll still have a lot of players left to act. Don’t flat suited connectors out of the blinds unless there are really weak players in the pot with you that have decent stack sizes.

Take some of that very same hand range and turn many of them into 3bet bluffs, or in some case 3-bets for value against certain opponents when in position. 3-bet or fold 22–66 from steal attempts when in the blinds. 3-bet or fold AT–A9, KT–KJ, QT–QJ type hands in latter middle position instead of flatting. Experiment with different hand ranges based on the stakes you’re playing. In some games you can 3-bet KQo for value and still get calls from worse hands, and some games you can’t.

Create a situation where you’ll be taking initiative more so you’ll give yourself more opportunities to win the hand. Sometimes you’ll 3-bet and your opponent will fold, and often even fold a better hand. Sometimes they’ll call and you’ll both whiff, but you’ll have initiative and a simple continuation bet will take the pot. And sometimes you’ll out flop your opponent’s 3-bet flatting range. Having initiative will also allow you to control the pot size more often than not, so if you do flop top pair and there’s a lot of action you can check the turn or river.

As you begin turning your flat calling range into a more profitable hand range, begin to slowly widen your range again. Experiment with different scenarios by starting with a slightly wider range in position, and add a few more hands out of position. Keep it slow and steady and know that most players struggle badly with this area of their game. Make it an area you’re a master at and you’ll have a huge advantage on most opponents. 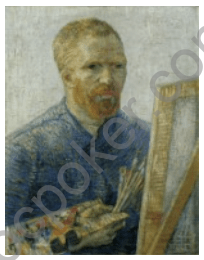 Defending from the Small Blind vs Cut-off Opens

Defending from the Small Blind vs Steals

Squeezing from the Big Blind vs Open Cut-Offs

Defending from the Big Blind vs Cut-off’s

Squeezing from the Big Blind vs Open Buttons

Defending from the Big Blind vs Steals