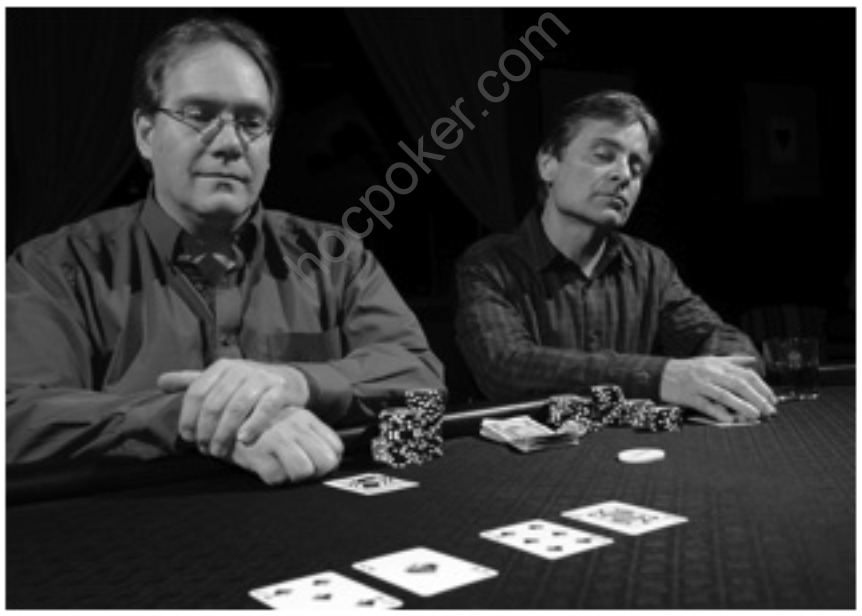 Some players will stare at newly arrived cards when these cards do not help their hand.

In Hold’em, you’ll often see players stare at the board immediately after the flop, the turn, or the river has come out. For many of them, especially beginners, this is an indicator that the cards haven’t helped them. (In 7-Card Stud or other games without community cards, a player might stare at their own board.)

A player who has this type of tell will usually have the following pattern:

– When the board cards come out and he hits a strong hand (like a set or even just top pair), he will quickly look away from the board. He may return to looking at the board fairly quickly afterward.

You might think that players who stare at the board when weak are actively trying to deceive their opponents by feigning interest in the cards. But I think it’s more likely that most people stare at the board because it is simply the path of least resistance. It’s natural to look at the new cards that have arrived, and unless there’s a reason to look away (e.g., the player has hit their hand, or they want to observe the action, or they have to act), most players will continue to stare at the board.

This tell is sometimes just a lack of its related reaction: looking away quickly when a player sees cards that have hit his hand. In my opinion, the looking-away reaction is an instinctual attempt to not draw the attention of his enemies to a valuable object. (See ‘Looking away from good cards’ for more information.)

Some people recommend always watching an opponent’s face when new cards come. I think this is a good idea in theory, although staring at your opponents that much can have negative side effects, such as them wanting to play harder against you, or else them starting to study you more in return. If you’re comfortable staring at players and are ready for some psychological warfare, go for it. Also, if you’re wearing sunglasses and your opponents can’t see where your eyes are looking, there’s little downside to watching opponents as much as you can.

Some bad players will display this tell very consistently and it will be a very profitable tell. Most experienced players will stare at the board cards in a consistent way, whether weak or strong, because they are making an effort to be inscrutable, so this tell will not be useful against them. If you’re playing against decent competition, you would be better off devoting your mental energy to other things. Once you’re tuned in to this tell, you should be able to peg the players that exhibit this tell within a few minutes of sitting down with them.

Sometimes a player feigning interest in the board will furrow his brow and look slightly quizzical, as if he’s witnessing something interesting, or trying to figure out a math problem. This expression is usually just a variant of staring at the board and will usually indicate that the player has not connected. 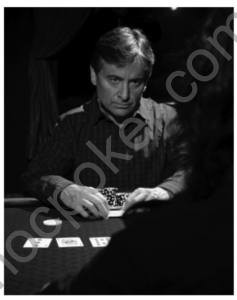 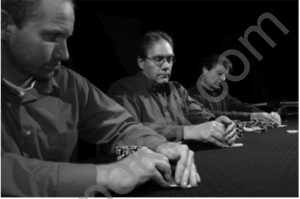