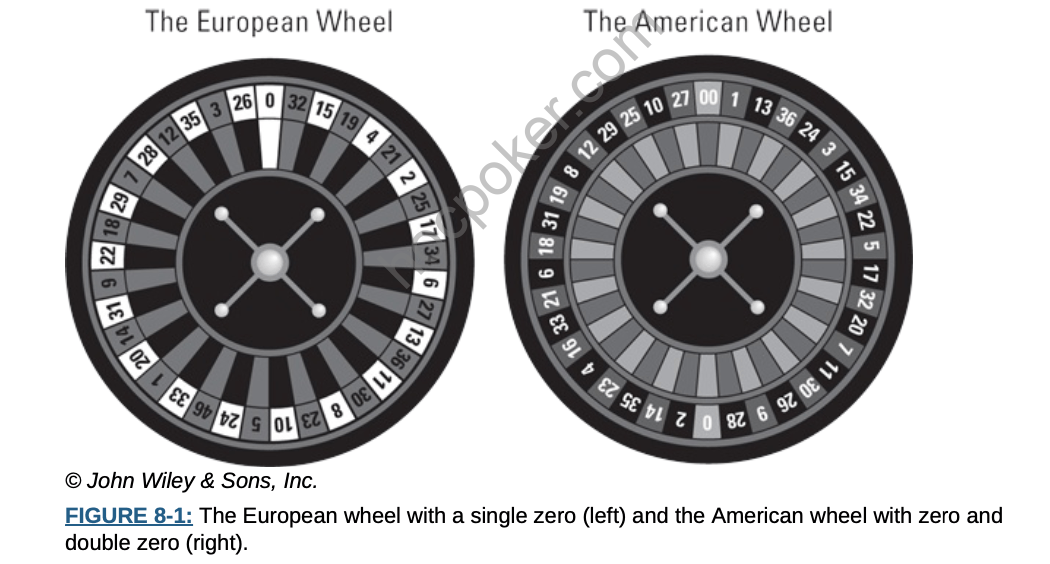 The Roulette wheel is a readily recognizable casino icon, conjuring up images of tradition and nobility, creating an ambience of luxury and elegance. In fact, Roulette is the oldest of all the casino games and is still around for two good reasons: It’s fun, and it’s easy to play. Roulette is probably the best place for you as a novice to start your gambling experience (although not always the smartest because of the odds).

The centerpiece of this age-old game is the beautifully crafted wheel in which a small white ball spins around a groove and drops down into one compartment, or pocket, on the wheel. Over the centuries, a number of scientists and mathematicians have tried to figure out how to beat the wheel, but such systems and theories always end in failure.

The fact is that where the Roulette wheel stops is a matter of chance. And chance rarely favors the players because the stiff house odds virtually ensure a profit for the casino. So playing Roulette isn’t the likeliest route to becoming independently wealthy.

The game still has a seductive appeal, and if you catch on to some time-tested betting strategies, you can manage your gambling bankroll and stretch it into an enjoyable casino pastime. In this chapter, we explain the game’s basics, some important betting tips, and some helpful strategies.

Getting the Spin on Roulette Basics

The basics of Roulette start with placing piles of colored chips on a long, rectangular table. After all the bets are made, the croupier (dealer) spins a large, bowl-shaped wheel with corresponding slots marked by colors and numbers in a counterclockwise direction, and then she releases a small, white ball in a clockwise direction. Anticipation builds as the ball and wheel spin, whirr, and slow. You wait for the ball to drop into one of the numbered pockets (hopefully in one of the spots you bet on!).

The goal of Roulette is basically to guess where the ball will land when the wheel finishes spinning. But, of course, you need to know a little more than that. This section takes a look at the wheel and the table betting area, walks you through a step-by-step Roulette play, and explains the role of the croupier.

Starting with the wheel

The first step toward understanding the game of Roulette is to decipher the Roulette wheel — the most recognizable casino gambling symbol in the world. Beautiful and flawless, the wheel is a finely crafted device weighing in at 100 pounds (45 kilograms) and costing thousands of dollars. A Roulette wheel has the following distinguishing characteristics:

The outside rim of the wheel is divided into numbers in alternating pockets of black and red.

The outside rim also has one or two pockets in green (0 and 00).

The numbers on the wheel are mixed up — they don’t run consecutively or in any discernible pattern, such as alternating odd and even.

And how many number segments are on the wheel? The answer depends on where you’re playing Roulette.

United States: If you’re playing in Las Vegas, Atlantic City, or anywhere else in the United States (including cruise ships and Indian reservations), the Roulette wheels you encounter most likely have a total of 38 numbered slots, or pockets, containing numbers 1 through 36, and two green compartments, one with a single zero and the other with a double zero. (This wheel is often referred to as the American wheel.)

Europe and South America: If you’re gaming in Monte Carlo or another location in Europe or South America, your Roulette wheel (often referred to as the European or French wheel) has one pocket less than its American counterpart (it doesn’t include the double-zero pocket).

Check out Figure 8-1, which shows the major differences between the American wheel and the European wheel.

Taking in the table layout

The other key component to a Roulette game is the betting table where the players place their chips for wagering. The betting table is situated adjacent to the wheel and is inlaid with a variety of squares and bars. Take a look at Figure 8-2 as we dissect the Roulette table to make some sense of it.

Squares showing numbers and colors corresponding to the number and color pockets on the Roulette wheel. These squares take up the most space on the layout. Unlike the wheel, the numbers on the table run in sequential order in rows of three. For example, in the third row from the top in Figure 8-2, you find the number 8 in black between 7 and 9. This betting spot corresponds to the black 8 pocket on the wheel, and it’s where you place your chips if you want to bet on the 8.

Bars wrapping around the outside of the rows of sequential numbers.

The table normally accommodates up to six players, but some double table layouts can handle a dozen or more players. Try to get a seat right in the middle so you can place a bet in any area on the table. If you’re stuck sitting at the end of the table or standing, you must slide chips toward the croupier and ask her to place bets on any area that you’re not able to reach.

Betting with chips of a different color

You make bets by placing chips on the squares that correspond to the numbers or colors on the Roulette wheel. Roulette doesn’t use normal casino chips, however. Instead, it features special color-coded chips unique to each player at the table and the particular Roulette table you’re playing at. You can’t play the chips you use at one Roulette table at a different game because the chips have no value marked on them.

Each player gets a different color of chip, allowing the croupier to distinguish one player’s bet from another’s. For example, your orange chips may be worth $5 each, while another player’s blue chips may be worth $1 each. The distinctive chip color allows all players to have bets on the table without fear of mixing the bets up. In other words, if the player next to you places a stack of blue chips on your favorite number, go right ahead and stack your yellow chips on top of his.

When you join the game, or buy in, you generally ask for a stack, which consists of 20 chips. Let the croupier know what value you want assigned to the chips. The croupier keeps track of the value by placing a marker called a lammer on your color in the chip stacks. (Although at smaller casinos or when everyone is playing the same-value chips, lammers may not be used.) When you leave the table, the croupier exchanges your Roulette chips with casino chips, which you take to the cashier’s window and cash out.

Dealing with the croupier

In the game of Roulette, the dealer is called the croupier (pronounced croop- ee-ay) and performs a variety of tasks to facilitate the play. When you’re playing Roulette, just remember that the croupier does all of the following:

Converts your cash or casino chips to the colored chips unique to Roulette.

Spins the wheel counterclockwise and releases the ball clockwise, even as you continue to put down bets. Players may place bets until the croupier announces, “No more bets” and waves a hand over the table.

Announces the winning number and color as soon as the Roulette gods determine the ball’s fate. Then the croupier places a marker (it looks like a chess piece) on the corresponding winning number on the table.

Rakes in losing bets and pays off winning bets (starting with those players farthest away). Don’t grab your chips or place any new bets until the croupier completes paying off everyone. And be sure to pick up your winning chips if you don’t plan on betting them again on the next spin. 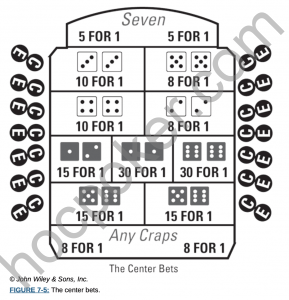 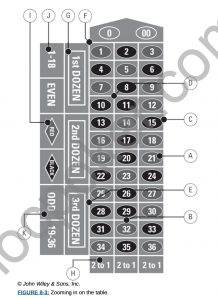 Next post Roulette: Betting – The Inside (and Outside) Scoop