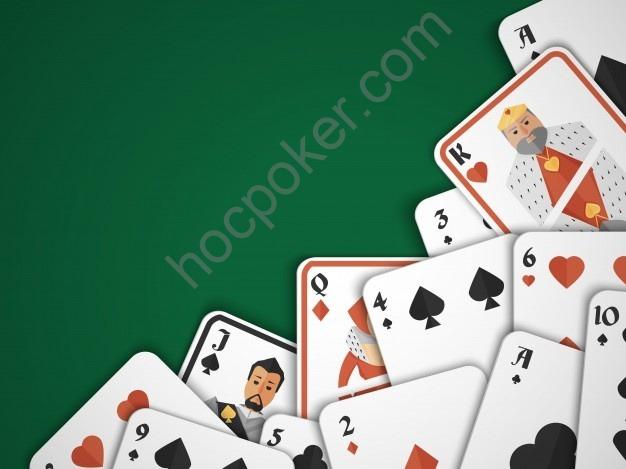 Some people think gambling and casino games are only for dummies, something along the lines of “a fool and his money are soon parted.” Although it’s true that most people who gamble do lose, the real dummies are the ones who take on the casinos without first educating themselves — especially on concepts about probability and odds, understanding the house edge, and identifying which games offer the best chance for success.

Sounds like the intro to a lecture in higher mathematics? Don’t worry, this chapter is brief — just enough to prepare you to walk through those casino doors and make sound gambling choices.

Unfortunately, too many newbie gamblers rely on luck to guide their experiences. Casinos can be an easy place to burn through money, so your best chance for hanging on to that hard-earned cash is through a little dose of knowledge. But, you wonder, when it comes to striking it rich in the casino, isn’t there such a thing as luck? Technically, the answer is yes — but don’t count on your rabbit’s foot to keep you on the path to riches over the long haul. The term luck can describe many situations, especially in gambling. Someone may have a lucky run at the blackjack table, or maybe your Aunt Rosemary plays a lucky slot machine that never loses.

But to have a realistic perspective of your chances in the casino, you need to view luck in rational and mathematical terms: Luck is a temporary fluctuation or deviation from the norm. In the short run, you may perceive that you got real lucky when the dealer busted eight hands in a row at blackjack. But in reality, such an event is just normal fluctuation — also known as a random walk — such as when the stock market drifts one direction or another.

For example, in Caribbean Stud poker, for every $100 you wager, you can expect to lose about five bucks. Yet over the short run, anything can happen. You may get lucky and finish the day ahead— or you may get unlucky and lose far more than $5.

In a purely mathematical sense, neither of these results has anything to do with luck. They are simply the normal consequences of fluctuation. For example, try flipping a coin. Half the time it should be tails and half heads. But over a short-term sampling, it can veer far away from 50 percent.

Understanding the Role of Probability

Millions of merry gamblers frequent casinos all over the world every day without a clear understanding of one important concept — probability. Mastering one of the more complex branches of mathematics isn’t necessary for successful gambling. But an elementary understanding of probability is certainly helpful in making sound gambling choices.

Probability is the study of the laws of chance, the identification of how often certain events can be expected to occur. For example, to express the probability that a coin will turn up heads, you can give the result in numerous ways, such as a

(If you’re biting at the bit to find out more in-depth info about probability, check out Probability For Dummies by Deborah Rumsey, PhD, [John Wiley & Sons, Inc.].) This section looks a bit closer at probability’s role in casino gambling.

Another important term to understand here is independent outcomes. Being independent has nothing to do with successfully ditching your loser boyfriend in the keno lounge. In gambling, independent refers to events (such as roulette spins or dice throws) that aren’t affected by any previous results. Craps and roulette are great examples. The dice and roulette table ball don’t have a tiny brain inside, so each new throw or spin is independent of all previous turns. In other words, the dice or ball doesn’t know what numbers are running hot or cold, so the probability of outcome for each and every spin is exactly the same.

Slot machines are also independent. Recent jackpots do not change the likelihood of the same combination coming up again. If your chances of lining up three cherries are 5,000 to 1 and you just hit the jackpot, the three cherries have exactly the same chances of appearing on the very next spin.

So you may be asking yourself, what constitutes a nonindependent or dependent event? Dependent events are occurrences that are more or less likely based on the previous occurrences. Imagine a bag of five black balls and five red balls. Before you pull a ball out, you know you have a 50 percent chance of pulling out a black ball and the same odds of pulling out a red ball. Then you reach in and pull out one red ball and toss it aside. Now the odds have changed — you no longer have a 50 percent chance of pulling either ball. Your chances of pulling out a black ball are now greater (56 percent).

So in some situations, the past does affect the future. Another classic example is the game of blackjack. Because cards are removed after they’re played, the remaining composition of the deck changes. For example, your chances for getting a blackjack drop dramatically when a disproportionate number of aces are used up.

Almost all casino games consist of cards, dice, spinning wheels, or reels. These games almost always yield independent events. Blackjack is the rare exception, which is the main reason for its popularity.

Factoring in the odds

To be a successful gambler, you must understand the intersection of statistics, probability, and odds. In simple terms, that means you need to understand how likely something is to happen (statistics), how likely that it can happen to you (probability), and what you’re going to get out of it, if it does happen (odds). With a grasp of these concepts, you’re ready to tackle the casino with realistic expectations, and you can understand why some games should be avoided.

The best example to start with is the coin flip. You probably know that heads and tails each have a 50-50 shot at turning up. As we say in the previous section, you can communicate the probability of the flip in terms of odds. In the case of a two-sided coin, your odds of flipping heads are 1 to 1. In other words, with two possible events (outcomes), you have one chance to fail and one chance to succeed. Clear as mud? Here’s another example. Consider the roll of a six-sided die. What are the odds that you’ll roll a 3? The ratio is 1 in 6, so the odds are 5 to 1.

Odds are, you’ll hear the word odds used in other contexts. For example, the amount of money a bet pays compared to the initial bet are sometimes called odds too. But don’t confuse payout odds with true odds. True odds refer to the actual chance that a specific occurrence will happen, which is usually different from the casino payout odds. 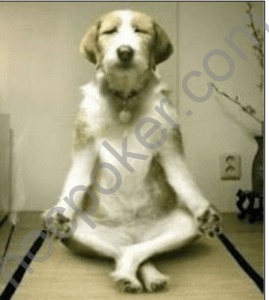 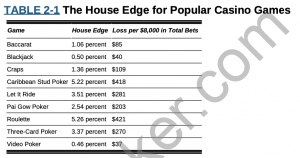