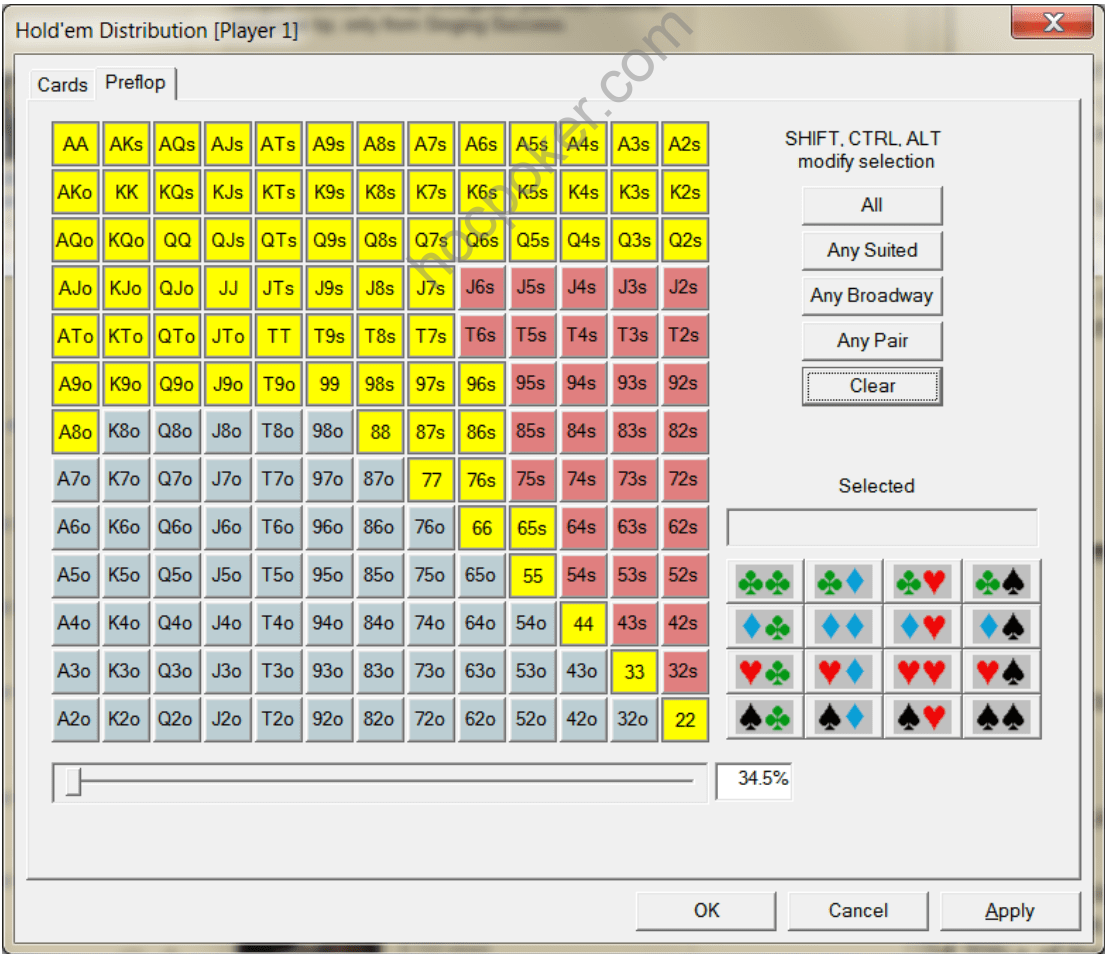 The button is the most profitable position in NLHE and you should find any excuse to play in this position. Playing on the BTN is so profitable because you get to act last on every hand and you will have more information about your opponent’s range than vice versa. Your opponents won’t also be able to put as much pressure on you. It is also much easier to extract value from your made hands and you have a choice of getting a free card the majority of the time.

You should generally raise pre-flop if there’s only one limper. When there are two or more limpers, I would limp behind with weaker hands such as Axs and suited connectors that play well in multi-way pots. With Axs, you will be able to cooler more players when you both flop a flush draw. T7s and 65s are also great because your hands can make some kind of a straight. Avoid calling with J5s type hands. With 99+, AK, KQ, or KJs, you should raise pre-flop regardless of how many limpers there are.

Another play I often like to use is open limp on the button or to min-raise the button if it is folded to me. I do this when a player in the blinds is bad but is overly aggressive pre- flop. I don’t want to bloat the pot pre-flop because that will decrease the stack-to-pot ratio and make it easier for him to play against me. When playing against a very aggressive opponent, I want to put in the minimal amount of money before we see a flop. Since he is so aggressive, I can take advantage of it by committing more chips when I make a strong hand post-flop.

Against players who never limp-fold or check-fold on the flop, tighten up your raising range. Your main purpose for isolating is to take down the pot right away. In loose games where there are always three or four people in a pot, it’s best to really cut down on your isolation, especially with middle offsuit connectors like T9o. I would fold these speculative hands.

Against players who limp-fold or check-fold the flop a lot, you should raise with hands that you decide to play with. It’s also preferable to isolate with Q8s more than 65s in this case, because you will make stronger one-pair hands, straights, and flushes.

Important Note: Many small-stakes players often make the mistake of raising with 65s against an opponent who never limp-folds. Or they open with speculative hands when a player on the blinds likes to 3-bet light. I know I used to burn money not realizing this because it is such a small mistake. However, if you do keep committing the same small mistake over and over again, it will get costly in the future.

With several short-stackers at your table, high card hands such as KTo or A9o go up in value because you can flop a strong pair. Against full stacks, their values diminish and suited connectors like 76s are better due to better implied odds and drawing potentials. Let me demonstrate.

The deeper you are, the more hands you want to play from the button. It is very tough for your opponent to play against you because he has to play 4 streets of poker and on each street, he has to worry about the next one where the bet size could potentially get bigger. With 100BBs, your opponent decreases his positional disadvantage by bloating the pot pre-flop and can get his stack in by the turn. With 200BBs, bloating the pot pre-flop is not as attractive anymore because I can call with more hands pre-flop and try to put pressure on him post-flop.

Your 3-betting range from the button should be the widest out of all the positions. The main reason is you have position. My approach for 3-betting on the button depends more on who my opponent is rather than the strength of my hand. If my opponent keeps folding to 3-bets, then I would 3-bet him all day. If my opponent does call 3-bets but check-fold whenever he misses the flop, then I would 3-bet him all day as well. Of course, I wouldn’t go out of my way to 3-bet with bad hands such as 74o or J7o.

When 3-betting from the button, be conscious of players in the blinds. If they don’t get out of line often by 4-betting you light, then you should 3-bet as often as you can. However, once you recognize that players on the blinds is 4-betting you light, you should decrease your 3-betting frequency. I don’t think you should worry too much about this concept since it rarely happen in games below 200nl. However, it is good for you to know you to know of such an idea so you can take advantage of the situation when it arises.

Important Note: Keep in mind is there are times when you should deliberately force yourself to fold pre-flop sometimes. The main reason is you don’t want an opponent who’s been folding too much to recognize that he’s folding too much. You want to give him the illusion that he’s not constantly getting exploited even though he is.

If everyone folds to you on the button, then you should keep stealing the blinds until the players fight back. Most regulars play very tight from the blinds and some will fold to your steals almost 90 percent of the time. That’s 9 out of 10 times.
Some players will call from the blinds but they will check-fold often that raising pre-flop and c-betting a lot is profitable. Sometimes, I would raise pre-flop and intentionally give up when I have no equity in the pot. The main reason is I want to show whoever that is defending the blinds that I’m not trying to steal every single pot. This makes my life easier because they are going to give me credit for a hand when I bet and more importantly, they are less inclined to fight back. 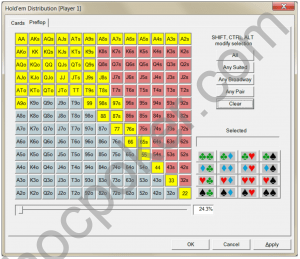 Next post Postflop: Time to Play Poker – Why We Bet