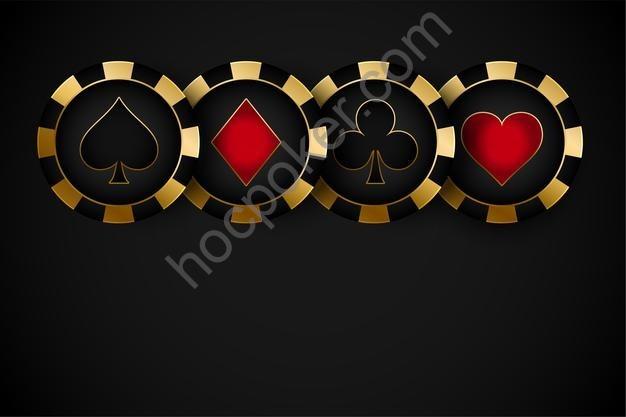 In the last chapter, you learned how to use auto-rate symbols to gain reads on how your opponents play post-flop. In this section, we will discuss tailoring your post-flop lines with the intention of exploiting those tendencies to the fullest extent. Until you have gained specific reads on an individual player, it is okay to make generalized adjustments based on obvious traits you have identified via stats or observed actions. It is much better to adjust to what you know than not at all.

Continuation betting is an important part of any aggressive player’s game plan. Since you will go to most flops with initiative, the most common adjustments you will need to make is in your c-betting frequencies and how you react to reraises. The type of opponent you are up against will affect your general betting strategy.

By far, the best player to have to your left is the mouse. These players are in the business of calling pre-flop just to try to make a hand. You can c-bet 100% against them, and the money will flow into your account.

I feel the most important player to quickly adjust to is the calling station. Players who float your c- bets often make it much less profitable to c-bet bluff. Once you have recognized that a person is a station,youshouldshyawayfromfiringc-betbluffsand,instead,valuebetmuchthinner. All showdown value hands can look to get two and even three streets of value against stations.

The tornado symbol denotes a player who plays very aggressively post-flop. Against them, you will want to c-bet less but be willing to get all-in lighter than normal. You can also call their raises profitably with a wider range and allow them to continue bluffing on later streets. Additionally, you generally have more fold equity when reraising draws or even naked overs when facing an aggressive opponent. Here are the holdings to consider committing on the flop with against Tornados:

Getting bluff raised is not as common as you think. Beware of feelings that you are getting “pushed around” if your c-bet gets raised multiple times within a small period of time. More often than not, youprobablyjustranintoabunchofbighandsallatonce. Whenyouplayhundredsofhandsper hour, it’s going to happen.

The human mind tends to look for patterns where there aren’t any to be found, it’s just human nature. Each hand and each opponent in each situation should be evaluated on a case-by-case basis. Just because your c-bet gets raised three straight times on three different tables does not mean the 3rd guy is bluffing.

My thinking about the subject is that if you get raised and find yourself in a “tough” spot, then you probably made a mistake somewhere in the hand. Once you understand your competition and have a plan for reacting to reraises before you even bet, most decisions should be fairly straightforward. Let’s discuss the three common post-flop player types you have already learned about. You will find that against two of them, you should not be too concerned about getting bluffed.

Reacting To Reraises From Mice

When I get raised by passive players, I am never upset. Everyone makes hands eventually, and the fact that you are raised makes your decision easy against nitty players. If you do not have a tier 1 hand or a strong draw, you should snap-fold to a mouse’s reraise. It’s that simple.

The non-showdown money you are raking in from the times mice fold to your bets more than make up for the few times they raise and you have to fold. There is no need to tighten up or try to avoid getting bluff raised against these players without a very good reason.

Reacting To Reraises From Calling Stations

Against stations, the best course of action is to value bet everything but your tier 4 range. When faced by a reraise from these types of players, you should be reacting the same as you do against Mice. Calling Stations like to call, thus the name. So, if they do anything but call, it is almost always the nuts.

Reacting To Reraises From Tornados

These are the players you have to watch out for. They reraise flops over 1 in 4 times, thus cannot possibly be doing it for value every time. Therefore, you must adjust both your post-flop and pre- flop play in order to beat them. Let’s work backward from the flop and reverse engineer how to beat tornados.

You obviously cannot mindlessly c-bet every flop against an aggressive player, or they will punish you time and time again. Since you will have air the majority of the time by playing a loose pre-flop range, you need to make adjustments. My strategy against over-the-top aggressive post-flop players is to play a very unbalanced strategy by only c-betting hands I am willing to stack off with. While this may seem like a losing “fit or fold” strategy, it really isn’t if the proper pre-flop adjustments are made.

If there is a tornado to my left, unless he is a pre-flop nit, I will automatically open a much tighter range. Thisadjustmentincreasesmylikelihoodofhavingastackoff-worthyholdingontheflop. In fact, I tighten up more when there is an aggressive post-flop player who likes to see flops than when there is an active 3-bettor on my left. The latter is much easier to play against.

Reacting To Reraises From Balanced Players

Players who frequently mix in floats with flop reraises can be difficult to deal with. These types of opponents tend to be decent hand readers who know which boards are likely to connect with particularranges. Sittingtotherightofthemcanbehell.

If you are at a table with someone who is obviously a strong player that seems to be playing very aggressively against you both pre-flop and post-flop, my advice is to sit out and find another table. There is no shame in leaving to find a more profitable seat. This game is all about maximizing your earn, not getting into battles with tough regulars.

Once you are familiar with my labeling system and can readily recognize the three common pre-flop and post-flop player types, I recommend branching out and further customizing your labels. Doing this allows you to narrow down the play of your opponents even further as your read on them strengthens.

Here are my personal coloring labels for Pre-flop reads:

Crown: Balanced post-flop. Checks, calls, and raises c-bets with fairly even frequencies (Check-folds and check-calls less than 45% and check-raises less than 25%) 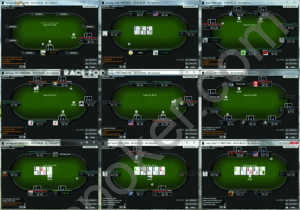