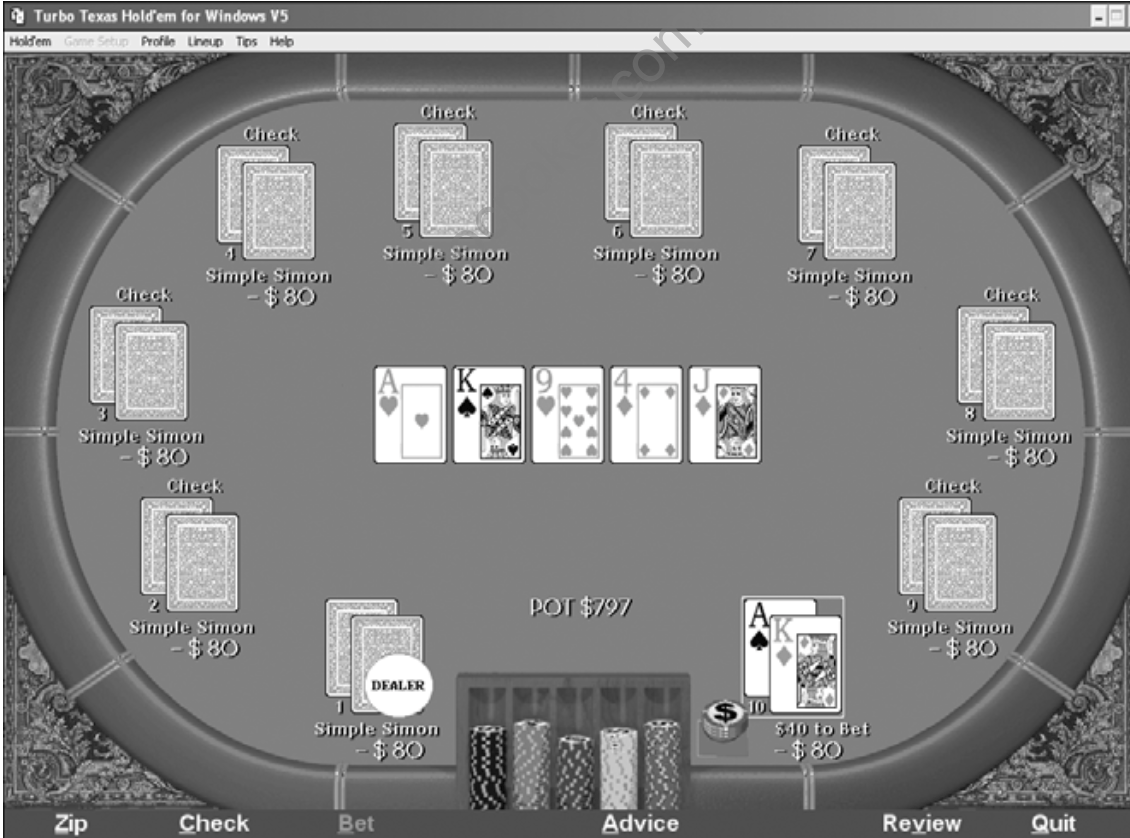 Playing the river’s easy when you have the best possible hand, but things get a bit more complex when you have a strong hand that’s not the nuts. As an example, consider the hand in Figure 11.2.

There’s a lot going on in this pot. You have the best two-pair hand, but you’re beaten
by any set or any QT that makes a straight. But how much do you have to worry about the straight? Assuming you’ve been betting the whole way and nobody raised you on the turn, you have a pretty good chance of winning this hand. You always have to be
on guard when there’s a straight on board; but in this type of situation, where someone would had to have paid a small bet and a big bet to get one of the four Jacks, you’ll have to accept that you’ll have to pay off a raise and that you got beat while you were almost a 7 to 1 favorite after the flop and a 9 to 1 favorite after the turn.

Notice how the situation changes if that last J♦ were the J♥, though. Instead of drawing at four outs, an opponent holding a reasonable hand, such as Q♥T♥, could win by draw- ing any of the remaining nine hearts or any of the three non-heart Jacks on either the turn or river. In that case you’re only a 3 to 2 favorite after the flop and a 3 to 1 favorite after the turn, so you can expect to take your share of losses. When that final heart hits on the

river, you should check and, if you feel you have a shot at the pot, go ahead and call. 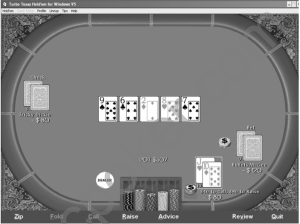 Previous post Playing the river when You Have the Nuts 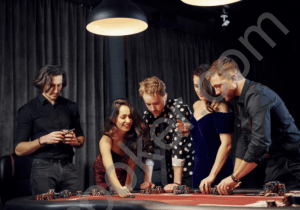 Next post Playing the River when You Have a Marginal Hand