The basic jist of this is going to be: abuse limpers at every opportunity. I’ll get into some reasoning, some math, some examples, but I want you to keep in mind that basic premise: limpers suck at poker and have hands they are unsure about.

Everyone’s limping range is different. Some people will never open-limp. Some will open-limp with AKs because “its a drawing hand”. Some will limp with KK to trap you. Some limp with small pairs to setmine on the cheap. Some limp any two cards because they want to see a flop, any flop. But the basic premise behind limping is the same: speculation.

The idea is to see a flop for cheap, then make a lot of money afterward when you spike. Thinking players describe this as Implied Odds, or IO. IO is when your hand is not strong enough to play at the current price, but the implied profit from later streets if you hit makes the hand playable.

Its unlikely many limpers will describe their play with the term however. Why? Because there’s tons of information available on poker strategy readily available. Books, twoplustwo and other forums, DeucesCracked and other coaching sites, etc. And all of them will generally recommend against open limping. Therefore, when you see someone open-limp, and more people limp along behind, its likely that these players have not availed themselves of these resources. In other words, its unlikely they have studied the game, and likely that they are weak players.

Now, its such common knowledge that limping is bad that isolating limpers is much less valuable than in years past; there’s just not that many people happily limping along in every pot anymore. But if there’s one place where you still find the limpers, its at the micro-stakes tables, and this is the microstakes forum after all. So keep in mind that some of this advice may not be as useful as you move up (and may even get you in trouble), but let’s take a look at the HUGE opportunity for profit in isolating limpers.

Let’s start by looking at some reasons to isolate limpers. Poker is a game of edges – you want to find and edge and press it. An edge can be knowing you opponents tenancies and exploiting them (what alex23 calls “skill edge”). An edge can be in hand strength (being ahead of their range). An edge can be having position on your opponent. If you don’t understand how valuable position is and how to use it to your advantage, I suggest you study up with CaptVimes .

One of the key advantages you gain in isolating limpers is a positional advantage. This works in a couple ways. First, the folks you know are interested in seeing a flop and playing a hand (the limpers) have already acted, and you have relative position on them. Second, it makes it more difficult for players who have absolute position on you to play the hand, and makes it much more likely that you will have position on the field post flop. Let’s look at one (admittedly contrived) example.

Assume full stacks and unknown villains, 25nl. Hero is on your left and is a 15/12 TAG.

How does he feel about his hand NOW? Not so warm and fuzzy, eh? He’ll need to spike to be good, plus there a lot of RIO because a ton of Hero’s range is aces with a better kicker. Fold! Do you see how Hero just got postflop position on EVERYONE left in the hand by isolating the limper and pushing the button out? Let’s peel back the curtain:

You just got the in-position player to fold the best hand FTW.

Again, I’m not going to explain why initiative is good, but in 3 weeks when Cangurino writes his Concept of the Week article you can read all about it. Suffice to say, initiative is money in the bank. Let’s just continue with the same example, eh?

OHAI you just won 6+bb with the worst hand!

Isolating limpers will get you initiative in a hand, and initiative is almost as good as cash most places. Always use your initiative to cbet limp-callers. Remember, they are unsure about their hands. They don’t want to play! Give them a reason not to.

And when they do start putting money in the pot, get out. Obv if MP1 calls or c/r here you shut down to an offsuit-K on the turn. But guess what? He expects you to have TP, and if he starts putting money in the pot, he’s got TP beat. If you have AQ on the above board and action, but MP1 check raises you on the flop, its still a fold. LIMPERS DO NOT LIKE THEIR HANDS! IF THAT CHANGES, GET THE **** OUT OF THE POT.

Let’s talk set mining for a bit. We all know the math, 5-10 rule and 1:8 blah blah blah. Well guess what? All that standard math is for HU pots and doesn’t matter in multiway pots. We all know that if you can get a villain to put in 15-20% of their stack preflop when you’re holding aces that they cannot profitably setmine, that you can safely stackoff postflop and STILL be +EV. Well, not so much if you’re playing against a field and are not HU postflop.

“Stupid idiots. All four of them just called without good odds to setmine, putting in too much of their stack to be profitable in the longrun. Gogogogogo!”

*buzzzz* Thank you for playing. Please head to the back of the line and practice your EV calculations.

Each one may have made a -EV call individually, but you’re playing against the field. Peel back the curtain and all 4 have small pocket pairs, say 22, 44, 55, 77. There is now a huge chance that the field catches a set, something like 42% on the flop. You’re now in the awkward position of having to cbet and give up on this hand, because putting in any more money than that makes you -EV. All it takes is one idiot with KTo to feel

priced in preflop, spike his T on the flop and peel your cbet, then put you on AK and bet the river and BAM you fold the best hand. Yuck.

“But I did what I was supposed to do and raised! What do you want me to do, limp and setmine aces to avoid -EV situations?”

No. But this CoW is not called Raising Limpers, its called Isolating Limpers. Same example, AA OTB with 4 limpers. Make the bet $3.25. Now you get one optimistic caller who is bad at math… feel free to stack off happily. NH, GG.

“But what if they all fold? I make the minimum with my aces?”

Kicks a puppy? What now? OHAI you’re in a world of hurt!

for the OESFD. Yeah HJ could have just as easily had 87 and made his straight. UTG+1 got greedy and tried to trap more money in the pot with his set (yes, even with the FD out). And you… you want to puke. Bet/ fold and protect against the draws? Check for pot control and call one on the river if the flush doesn’t come in? Or just c/f from here out, and risk folding the best hand or allowing them to draw out? ****. Let’s try that again!

Folds. Much better!! Hopefully next time he doesn’t get so lucky and flop that set.

Most big hands play better against a smaller field, and big preflop raises will accomplish that.Don’t get married to one preset “strategy” for preflop hand selection or bet sizing. Think about why you are raising each time, and size your bet to accomplish that.

Now that we’ve discussed some of the advantages of isolating limpers, let’s start talking about how to use these advantages to make money. You know how you open your range in late position to steal the blinds? Yeah, if you don’t know why you’re doing that, go read Happy Pixel’s treatise on the subject. I quote:

[QUOTE=HappyPixel
It’s only 1.5BBs, why should I get involved?

Limpers are bad at poker and are unsure about their hands. Every time a limper enters the pot in front of you I want you to hear this sound in your head: “CHA-CHING!” That’s your EV cash register counting up the bad money in the pot sitting out there for the taking. Another example, again unknown villains and full stacks.

It gets folded around to you, what’s your standard opening range here? I don’t know, but let’s make one up for the example. Let’s say any two suited broadway, ATo+, KQ, and any pair. Fair enough? Time to tweek it.

“Well, I was against random hands before, this time villain has a hand he wants to play, so I’ll tighten my range a little to preserve my equity edge and be +EV when entering the pot.”

YOU! BACK OF THE LINE!

What have I been prattling on about all this time? Isolating limpers gives you a positional edge, it gives you a initiative edge, and it gets you involved in pots with bad players who don’t like their hands. You don’t need to protect your equity edge when you have all this other stuff working for you! Here, let’s try that again:

“OK, I get it. He’s probably got a small pair or something suited there and will need to hit the flop hard to continue. Well, there’s still a lot of players left to act. What if I added any suited aces to my open range?”

Yes, good. Suited aces are ahead of a ton of his range (suited junk), and when he’s got better (small pairs) he STILL needs to hit the flop to want to continue. Plus, suited aces can hit the flop many ways and play well postflop. A+. One more time:

“That’s a lot of money out there.”

“But I don’t want to play easily dominated hands, right?”

You are such a LAG. Welcome to the wonderful world of exploiting weak players! Here’s you diploma and a couplon for a free Happy Meal.

“But they NEVER FOLD in the micros! I don’t know how it is at your stakes, but they ALWAYS come along, and now I’ve got a crap hand in a big pot!”

Sometimes. Do I have to repeat the mantra again?

Abuse the limpers at every opportunity. That is all.

I was originally going to include a quiz and a video with my CoW, but I ran out of time. Maybe I’ll add them later in the week.

My apologies for all the set-mining nits who are going to start wondering why no one ever pays them off anymore and where their winrate disappeared to. 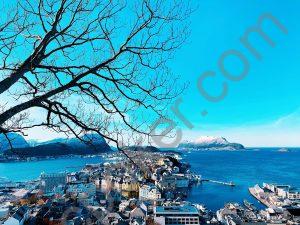