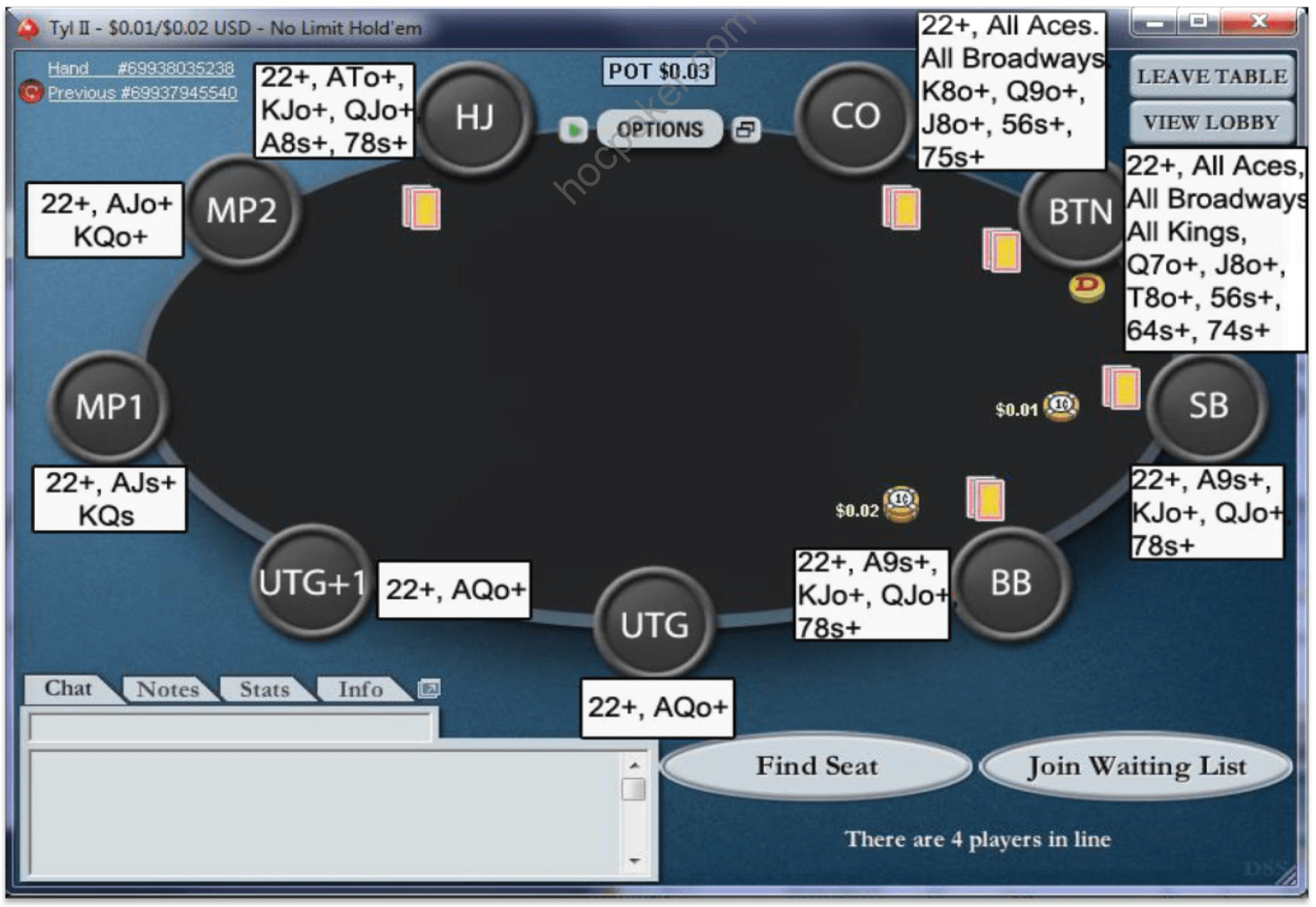 So what hands should you actually play then? As I mentioned before, I think you should be looking to play about 15% of all hands that you are dealt in full ring. However, given the importance of position, you will want to construct your range with the goal of acting last as much as possible. But obviously you can’t pick and choose your hand strength based on your position. You get dealt two random cards each time. So it is kind of a balancing act. While hand strength is an important consideration, your position at the table should also be a big determining factor in whether or not you decide to play a hand.

So enough buildup! Let’s just get to the proverbial starting hands chart.

By following the suggestions above you will have a VPIP that is probably nearing 20%. You certainly don’t have to play every single hand listed above though. And if you are a mass multi-tabler or a beginner level player, I would definitely suggest that you omit some of the hands at the bottom end of this range. Especially some of the crappier ones in the HJ, CO and BTN.

This chart is not meant to be copied verbatim. It is just a rough guideline. You will not suffer catastrophic consequences if you play a hand that is not on it or fold one that is on it. This chart is meant to represent the upper limit of what hands you should generally be looking to play, according to position, in a full ring game.

Really the most important thing to take away from this chart however is the positional bias in starting hand selection. You can see that I play a lot more hands as I get closer to the button. In terms of pure numbers I play nearly 4 times as many hands from the BTN and CO as I do from the UTG positions for instance.

There is one last very important disclaimer to mention before I talk about this chart in greater detail. The suggested range above is only for when you are first to enter the pot or there have been limpers. If somebody has raised in front of you, the suggested range will be quite a bit tighter with some exceptions if there are fish involved. I will discuss all of that in plenty of detail later though. 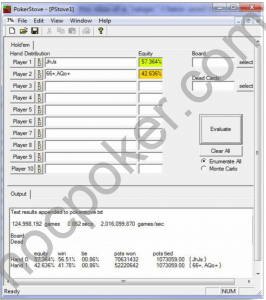