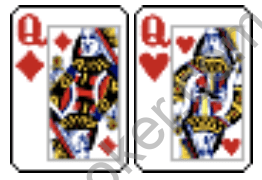 Your other main profit source in full ring will come from overpairs and especially the top end ones. In the last section I mentioned that your pairs will make up for around 90% of your overall profit. Well of that 90% AA and KK will account for nearly half of it. So it kind of goes without saying that it is extremely important to play these two hands optimally.

In general you should be playing a lot of big pots with them. However I will go much more into specifics later. I think the concept of an overpair is pretty straightforward. For instance,

is an overpair to the board.

As was discussed earlier, you should value these hands quite a bit more than a top pair hand. Because with an overpair hand there are more hands that you can beat. And the likelihood of them having a top pair hand is higher since you don’t have one of those cards in your hand. For instance in the above example we can beat all the,

one pair hands as well as two overpairs,

If we had a top pair hand here instead we would have to worry about being outkicked as well as these over overpairs. So an overpair is just a statistically better hand than a top pair hand and therefore you should play it more aggressively. This doesn’t mean that you shouldn’t hit the pot control gear against some players on some turn and river cards, but overall you should be less likely to do so. 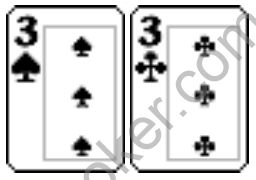 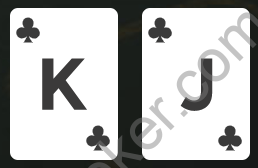