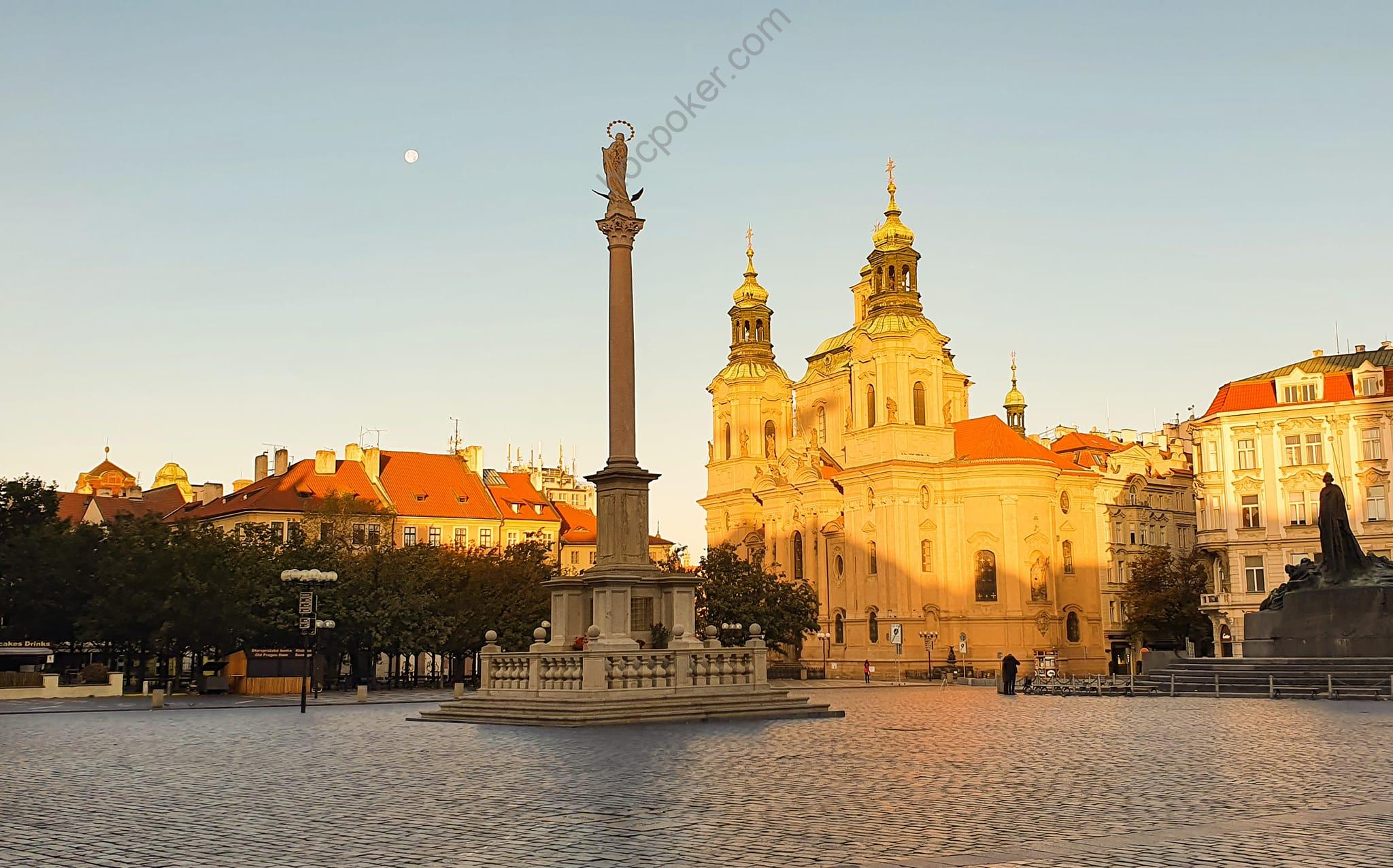 ROBERT RODRIGUEZ is a director, screenwriter, producer, cinematographer, editor, and musician. He is also the founder and chairman of El Rey Network, a new genre-busting cable network. There, he hosts one of my favorite interview- format shows, The Director’s Chair. While a student at the University of Texas at Austin, Robert wrote the script for his first feature film while he was a paid subject in a clinical experiment at a drug research facility. That paycheck covered the cost of shooting over two weeks. The film, El Mariachi, went on to win the Audience Award at the Sundance Film Festival and became the lowest- budget movie ever released by a major studio. He went on to write, produce, and direct many successful films, including Desperado, From Dusk Till Dawn, the Spy Kids franchise, Once Upon a Time in Mexico, Frank Miller’s Sin City, Machete, and others.

I finally found a strategy that really helps me stay focused while doing a major task that I’m not very enthused to do. It’s not just that I’d put it off; it’s that whenever I tried to do it, ten other more enjoyable and often equally worthwhile distractions would pop into my head that would send me off track. That was the biggest challenge. Those distractions were just as important as my major task, so I’d be justified in running off and doing those first. But my major task would remain untouched, turning itself into a chore to even think about. Now what I’ll do is sort of a more efficient method, similar to a Premack [a motivational system where a more-preferred activity can be used to reinforce a less-preferred activity] or a rewards system, but with a more concrete strategy.

I’ll have two notepads by my side, while sitting in the most comfortable place I can find. (You’ll have to read my upcoming book to hear what that is!)

I’ll write my list of two or three least desirable major tasks on one pad, with the word “Tasks” written on top. And I’ll keep the second pad ready with the heading “Distractions” on top.

I’ll then set my phone timer for 20 minutes.

I’ll tackle one of my undesirable major tasks for a full 20 minutes. No straying from that. During that time, like clockwork, I’ll always have several distractions: tasks and ideas that inevitably pop up in my head. These thoughts and temptations would normally send me off and running to accomplish whatever they were while they were burning in my head: an idea for music, a drawing or plan that was a eureka moment on a totally different project, answers to a problem I’d been trying to solve elsewhere, etc. Because when you’re engaged mentally on a task, creativity fires off more ideas. But that becomes a problem when those ideas distract from your major less-desirable task.

That’s what always threw me. These things weren’t frivolous activities I was allowing myself to be distracted by. They were totally legit things to be done, and if I ignored them, I’d stress that I’d forget them or lose the mojo that was firing at that moment.

So how to keep myself from doing that? During my 20 minutes, I’ll just physically write down any incoming missile of a thought on my “Distractions” pad, and I immediately go back to my major undesirable task. Now I don’t have to worry I’ll forget it. I’m not trying to disregard it and ignore the thought. I’m just keeping track of it by writing it down and deferring it, even if it’s an extremely productive thing, because anything that takes away from my main task is technically a distraction. Once it’s written down, I can go back to my main task until the 20 minutes is up.

If I’m on a roll on my main task, I’ll add another 10 minutes to the timer and go as far as 30 minutes. But that’s the limit. I find that if I don’t reward myself often enough, my brain will mutiny.

I then take a 10-to 15-minute “reward break.” I get up after 30 minutes and walk around. I take my distraction pad (which by now probably already has several things listed) and I’ll get to go do one of those things for 10 to 15 minutes only. You must set a timer for this, too.

I try and do the ones that take less time, so I’m not an hour away from my main task. I don’t have to complete the distraction in one sitting. If it’s going to take longer than 10 or 15 minutes, then I’ll just chip away at it and save the rest of it for the next break. I then come back and reset the 20-minute timer and start again on my main task.

I usually write any kind of to-do list in my phone, but there’s a visual satisfaction to scratching out a tedious task by hand once it’s complete, and having a handwritten distractions list. That’s why I use the notepads. Writing out the distractions list was a real game changer and what finally made the concept of a Premack work for me. Makes it all so fácil.

If you could have a gigantic billboard anywhere with anything on it, what would it say and why?
“FÁCIL!” It’s one of my favorite words! I don’t even remember when I started using it in an empowering way; it might have been after starting my television network. I was already a pretty busy guy, so the idea of taking on a 24-hour television network that would need to be filled with content gave me some pause. But in usual Rodriguez naive fashion, I took it on anyway!

When the reality of the sheer amount of content we’d need to conjure up hit me, I’d try and wrangle collaborators together to accomplish the tall task of making shows for the network. [In simply managing the] network itself, there was a mind-boggling amount of work to do. I knew I’d need a whole new strategy to instill confidence in the troops and myself. This was different than movies, which were projects few and far between. Here I was attempting something impossible. Most new networks take years, if not decades, to even put on their first original TV series. In year one of the El Rey Network, I was launching four new shows. I could see people’s eyes widen and look overwhelmed just by hearing me rattle off the list of things we all needed to do.

I started adding the Spanish word “FÁCIL!” to the end of my lists of tasks, and they’d laugh and give a bewildered look. (Fácil means “easy,” but has a nicer ring to it in Spanish and also comes off as “No big deal!”) They’d wonder, “Why does he keep saying that? How is any of that easy?” But then you’d see that it would actually put them at ease. If their leader has no fear, why should they?

I actually had no idea how we’d pull it all off either, but I knew stressing about it wasn’t going to help at all. Basically, we’re all capable of doing a lot more than we think. Our brains, our fear, our sense of what’s possible and the reality of “only” 24 hours in a day give us preconceived notions of what is humanly possible.

I like the idea of setting impossible challenges and, with one word, making it sound doable, because then it suddenly is. So I’d choose FÁCIL! for my billboard. It’s a good reminder that anything can be done, with relative ease and less stress, if you have the right mindset. If you go in saying, “This is impossible, there’s just physically not enough time in the day to do all these things,” then you’re breaking your right leg and chopping off your left foot before you’ve even left the starting line. But if, in your mind, it’s fácil, then you’ll breeze through it and ideas will flow. Attitude comes first.

I sometimes forget to whom I’ve even told that concept, and I will get emails or texts from people I haven’t spoken to in years, and they’ll tag their message with FÁCIL! I realize it’s become part of their language and way of thinking.

So, here’s hoping it becomes part of yours. Because there’s a lot of life we can experience in this world. It’s all out there, ripe for the making, and it all starts in your head. What we tell ourselves is of utmost importance. We can conjure up new worlds with our imaginations and our creativity. And there’s 24 entire hours in a day and seven whole days to a week and it can all be so very FÁCIL!

The distractions list I talked about earlier is the biggest help for me. I like being busy and having a lot of tasks to accomplish in different arenas. I find the solutions you discover in one area help you solve equally perplexing challenges in another area. But then there are times when everything hits at once.

There are times when everything just collides, and you have to try not to get overwhelmed. There’s no time for the usual meditations or strategies and your head feels like it’s full of cotton.

I remember one time I had to be out the door in two minutes, because I was already late for a meeting. I had a plate of food, and I also had to go use the bathroom. There was literally only time to do one or the other. I had to choose. Should I eat? Or should I use the restroom? So I did both! I sat on the toilet while eating my food. The whole time thinking, “I’m officially too busy today.”

When I got a five-minute break later, I listened to a guided meditation that I made myself. It’s five minutes long. Part of the meditation reminds me that bottlenecks occur, and they only help clarify what’s important and what’s not. And that there is a natural sifting that takes place.

If everything hits at once, it’s a rarity. Life tends to shift events around so that everything you want to accomplish can be accomplished. On their own! You’re triple-booked for the afternoon? Guess what, someone will end up canceling, or pushing, and the other thing will suddenly no longer be relevant.

That’s why I keep piling it on. I’m rarely too busy, if you can keep the right attitude about it, which is, “I can definitely say I am living my life to the fullest.”

I’ll then clarify which items are causing the most stress and why. It’s usually because you haven’t done something you should have taken care of. So out come the two notepads, and you have to begin immediately on chipping away at a stressor. FÁCIL! 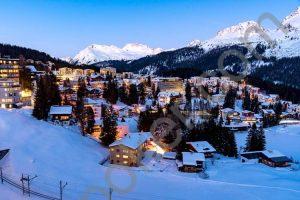 Next post “Never let a good crisis go to waste. It’s the universe challenging you to learn something new and rise to the next level of your potential.”