You should not have a static opening range. It is mandatory that you are willing to make adjustments in order to both maximize profit and avoid getting exploited. When there are player types with extreme tendencies seated behind you, tightening or loosening up your pre-flop stealing ranges often becomes necessary. The key is to develop an understanding of which people are possessive about their blinds and which don’t care about defending them.

When up against calling stations, attempting to bluff is almost always a fruitless endeavor. This idea applies as much pre-flop as it does post-flop. Since profitable stealing relies heavily on picking up a lot of dead money, if you know your opponent folds infrequently, then you must adapt your strategy. The same can be said when facing a player who 3-bets a wide range versus steals whose game is based on exploiting an aggressive stealing range. As with calling stations, you will need to adjust your tactics since the dead money obtained from a loose stealing strategy is not as exploitably available.

The simplest way to adjust to both player types is to tighten up your opening range to include many more value hands than bluffing hands. Against stations, you want hands that flop very well, and against light 3-bettors, you want a large number of hands with which to be able to play back at them before the flop.

On the other hand, if opponents to your left are on the other end of the spectrum and play a very nitty range, then you want to do the exact opposite. Against those who fold to steals often, you should be raising close to 100% of hands. The amount of dead money you rake in will more than make up for the times they pick up a hand strong enough to play back at you.

Let’s go through what specific adjustments need to be made versus particular players: For the average table with no reads, open the following ranges:

If the players to your left are heavy restealers or calling stations, tighten up as follows:

Note: The tighter late position range is the same as the Basic Strategy cutoff and button range .

If you are fortunate enough to be on a table where the players to your left are all pre-flop nits or fit or folders post-flop, open the following ranges:

The exception to the above ranges is that against aggressive restealers, you do not necessarily need to tightenupifyouhaveenoughhistorytounderstandtheirranges. Byemployingastronglight4-betting game, you can exploit them more effectively than being forced to give up your non-showdown earnings that come from steals. I will not be covering light 4-betting in this book, but wanted to give you something else to consider once your pre-flop skill improves. Until such time, the best strategy is to adjust your pre-flop ranges as listed above.

During play, I adjust my opening range and tentative post-flop plans based on both the pre-flop and post-flop labels I have on players seated behind me. Below, I will list how loose or tight my opening range would be, based on different labeling combinations, to give you an idea of how this works.

When deciding on my stealing range, I factor in the player(s) behind me and make a judgment call. For example, let’s say I am on the button and have a green mouse in the small blind and a red tornado in the big blind. I would open a tight range, but if it was an orange tornado, I would use a wide

Since it is inevitable that you will occasionally be involved in multiple hands at once while multi- tabling, this trick makes things a bit easier to manage. Once I sit down at a seat, I make an initial assessment of the players seated behind me and then decide how tight or loose my opening range will be. I then make a visual reminder for myself by flipping one of the tabs available on the table as shown in the screenshot below.

On one of the sites I play, there is a box on the bottom left of my tables that has table information, player information, a chat tab, etc. Once I settle on an opening strategy for the table, I assign a particular tab as a quick reminder. That way I never have to worry about getting confused or making a mistake and opening the incorrect range.

For a tight range, I have the above information tab clicked as shown below; for a normal range I choose the second tab, and for a loose range I choose the third tab. Then when it is my turn to act on a table, the stealing range I use becomes a no-brainer. Just keep in mind that as players come and leave and table dynamics change, you have to adjust your ranges accordingly and will need to change the tabs as well.

Open Shoving From The Small Blind

Opening a wide range from the small blind can get rather complicated against certain players. One particular adjustment that I sometimes make is to open shove strong hands that are difficult to play out of position after the flop. Against players who call a wide range before the flop and then never seem to fold to c-bets, opening your standard range basically forces you to play fit or fold after the flop or run elaborate multi-street bluffs. Since three-barrel bluffing is a high variance play, especially against stations, I would instead suggest that you split your opening and shoving range into two groups and shed the weaker hands entirely.

Here is the range that I suggest continuing to make a standard open with:

And here are the hands to be open shoved with:

This strategy allows you to much more easily navigate, in my opinion, the most annoying scenario in poker. Facing calling stations is a major thorn in the side of any loose aggressive player. Just keep in mind that there are more profitable ways to exploit light 3-bettors and fit or folders. Aggressive restealers generally use a 3-bet or fold method, so the best counter attack versus them is to either tighten up or implement an exploitative 4-bet bluffing strategy. And when up against a fit or folder, the best strategy is to open 100% and c-bet 100% against them. 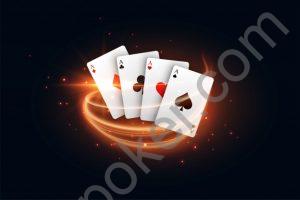 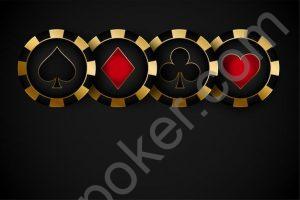