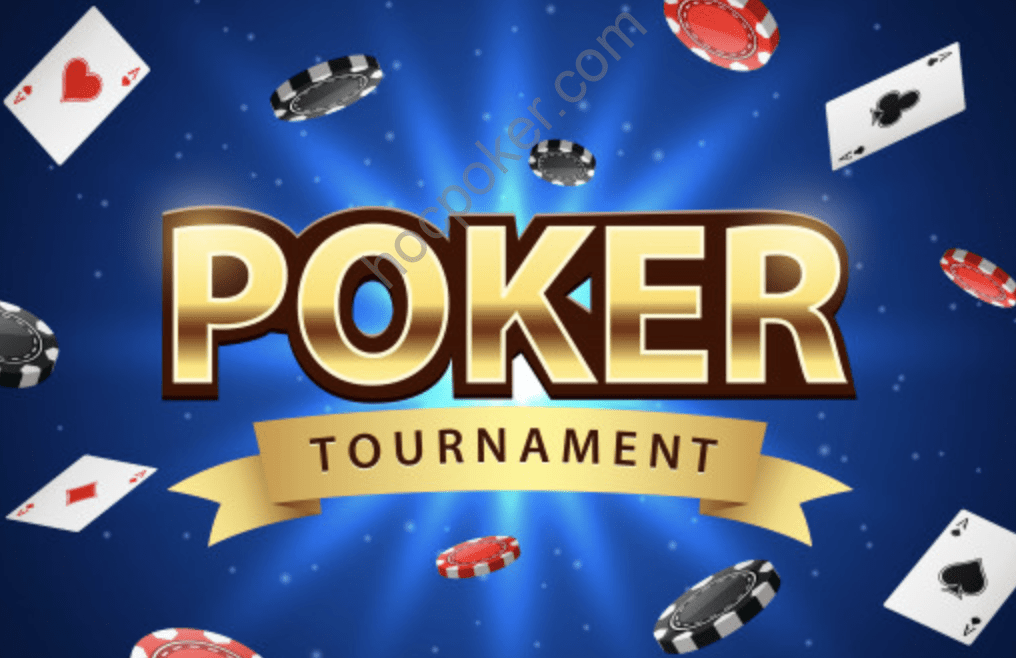 And now we get to tournaments. Many players seem to feel that tournament poker is completely different from cash-game poker.

I disagree with this assessment—the two games have a lot more in common than most people seem to acknowledge. Even without much specialized tournament knowledge, good cash-game players should perform fairly well in large field, high buy-in tournaments such as the World Series of Poker Main Event.

At the same time, tournaments and cash games aren’t just two sides of the same coin. For me, there are two prominent differences. In tournaments, you’ll often play short stacks such as 5, 10, and 20 big blinds. You’ll rarely encounter stack sizes this short in cash games. If you were to see them in cash games, the way to play against them wouldn’t be that different from how you play them in a tournament. But in practice, stacks this short aren’t an important factor in cash game play.

Second, tournaments award prizes to players who go broke— every prize awarded below first place is an example of this. If you go broke in a cash game, on the other hand, you obviously win nothing. But the importance of this difference is often exaggerated among typical players. Early in a tournament, when the prizes are far off, the effects are negligible. And even when you get near the money bubble, it’s easy to become overly focused on survival. In a typical multi-table tournament, the bulk of the money is in the top few prizes. The title “min-cash specialist” is a pejorative thrown around in tournament culture to make fun of someone who plays too conservatively in order to sneak into the money. Being a true min-cash specialist is not profitable.

For many players, tournaments are a lot more fun than cash games. That competitive aspect doesn’t really exist in cash. There’s also an adrenaline rush. And there’s a finality to the game that appeals to certain players. And, of course, the glory. If your goal is to be poker famous, live multi-table tournaments are where it’s at.

Unfortunately, the financial characteristics of live tournaments are poor. I’ll break it down quickly. Let’s say you have an average return on investment (ROI) of 10 percent in a typical no-limit tournament. Tournament players generally talk about their ROIs like cash-game players talk about their win rates per hour.

An ROI of 10 percent would mean that after you play a tournament of a given buy-in, you expect to win on average your buy-in back plus ten percent. So if you played a zillion tournaments and bought in for $1,000 in each, you would expect on average to win about $1,100 in cashes per tournament played.

This 10-percent number is arbitrary, but it’s pretty representative of what a fairly good, but not elite, tournament player can expect.

Say you decide to play tournaments with $1,000 buy-ins. On average you win $100 each time you play. But each tournament takes you a certain number of hours to complete. Sometimes you will bust out in the first level. Other times, you will play for three days and eventually win. Let’s say that, on average, you play five hours in these $1,000 buy-in tournaments. Since you expect to win $100 per tournament played, that works out to about $20 an hour, or a bit less than what our competent 2-5 live cash player makes.

Yet, there are two big financial downsides to going the tournament route. First, variance is much greater. It would be relatively unlikely for a solidly profitable 2-5 player to lose more than $20,000 over a period of many sessions. Playing a series of $1,000 tournaments, however, you can go through $20,000 with no trouble at all. For the same win rate, you’ll need a much bigger bankroll to play tournaments.

The second downside comes into play for large-field tournaments with huge prizes at the top—namely, income tax. When we talk about ROI, we’re talking about pre-tax ROI. If you play lots of small tournaments, this represents your average win. But if you play the occasional huge tournament, then due to income tax, the top prizes aren’t quite as big as they appear.

Say, for example, you win a huge tournament for $500,000. If this amount is far and away above what you would normally make in a year, you’re going to get hit with the maximum tax penalty. It varies depending on where you live, but it’s not unreasonable to expect this score to get taxed at 40 percent. So it’s not really a $500,000 score. It’s a $300,000 score.

I know what you’re thinking. Oh, only $300 grand? How will I ever survive on those slave wages?

Sure, you’d love to be in a position to be paying $200,000 in taxes. But it puts a very real dent in your expected ROI for that tournament. So that 10 percent expected profit margin might drop to 9 or 8 percent, depending on the tournament size and the amount of the total prize pool higher up in the big numbers.

This ubiquitous practice spreads the risk, lowering the magnitude of both the downswings and upswings. It’s much harder to go through $20,000 playing $1,000 tournaments if the risk is broken down into small amounts and spread among many players. The tax implications are also ameliorated, since you will be sharing any big scores among your backers.

But this practice of trading pieces also limits your upside. Not just the upside of winning a huge tournament prize, but also the upside of becoming an excellent player. Say you work very hard and become the strongest tournament player you know. Whenever you trade shares with friends, you’re diluting your edge by trading your valuable action for other players’ less valuable shares. If your friends don’t play as well, it’s not an even trade.

Once you make a name for yourself, you can again solve this problem through a share value handicapping system called “markup,” whereby certain players’ shares are generally acknowledged in the marketplace to be more valuable than others. But this science is inexact. And your evaluation of your own skills may not square with what others think you’re worth.

And none of this solves the basic problem that you’re not going to get rich playing $1,000 live tournaments, almost no matter how good you are. If you want to make real money, you have to play a lot of $5,000-plus buy-in live events—and for that, you have to travel (and eat the associated expenses).

The good news about live tournaments? In many cases, they attract the weakest poker players of all. Almost all no-limit tournaments—from $20 local dailies to the $100,000 super-high- roller events—will attract a certain percentage of weak “dead money” players who have a fairly low chance of winning. The overwhelming popularity of tournament poker, and the glamor associated with winning these tournaments, means the fields will likely remain soft for a very long time.

In order to be a successful live tournament player, you’re essentially forced to build social networks of hundreds of other players that you will depend upon to trade shares. And you will have to deal with the inevitable cheating and scamming scandals associated with being firmly enmeshed in the “poker world.”

If this networking appeals to you, and you enjoy the adrenaline rush, live tournaments might be for you. But it’s certainly not a path to quick riches unless you get very lucky.

Online tournament play has one big upside because you can play a huge volume at low buy-ins. I know players who play over a hundred $11 and $22 buy-in tournaments a day.

In my mind, tournaments are by far the easier way (compared to cash games) to start playing profitably online. Tournament- specific skills—playing short stacks accurately and accounting correctly for prize-money effects—come to the fore in online tournaments. If you master these two areas, you can quickly be ROI profitable in the three-to-seven percent range. While this ROI is lower than equivalent live-tournament ROIs, you can play for much smaller buy-ins with more volume.

These earnings can mean consistent money and a place to hone your skills through tens of thousands of hands to get even better. These skills will also translate to live tournaments, so you can jump to bigger buy-in live events when they come to town.

Being the very best has never been on my list of poker priorities. I’m also okay with the scale of live win rates.

I also like that I can play whenever I want to, day or night. I can quit when I want to. I can choose the table I like. I can go to the bathroom when I like and eat dinner whenever I choose. (These seemingly mundane concerns pop up as issues at major tournaments all the time. In the 2014 World Series of Poker, for instance, there was a minor scandal when on a bathroom break at one of the large events, a group of men tried to storm the women’s bathroom to do their business and get back without missing hands. Some women took offence and put up a fight. These are dramas I can do without.)

I also actively avoid the adrenaline rush. Poker is a game of huge ups and downs no matter how you play it. Over the years I’ve realized that I’m best served to even out the emotional highs and lows as much as possible. With cash games, every hand is basically the same as the last. The stakes are the same, the stacks are the same. I like that. It’s a long series of relative sameness. As long as I’m playing stakes for which I’m well bankrolled—and these days I make sure I do this 100 percent of the time—the daily and weekly ups and downs are irrelevant. This is the way I prefer it.

But if you’re very social, and you find the infinitude of cash games monotonous, you might prefer live tournaments. If you go this route, however, realize that making connections with other players and trading shares is all but mandatory. Travel may not be mandatory. But most serious tournament players travel regularly.

Online tournaments fill a unique niche. You can learn a somewhat limited set of skills and grind those in the comfort of your own home to quite handsome profit.

Finally, online cash games are the most hardcore option. It’s sink-or-swim in these games. But if you’re utterly poker obsessed, and your goal is to be the best of the best, this is where it’s at.

Much of this book will focus on the skills necessary to beat live cash games. I have written the book this way for a few reasons. First, it’s what I play the most. Second, these are skills that will also help you if you play multi-table tournaments or online cash games. Third, my experience with poker students is that most will get what they want and need out of poker most easily and painlessly if they focus on live cash.

Live cash games seem to offer the best satisfaction-to-pain ratio for the widest number of players. Online play is mostly pain and frustration for so many people. And live tournaments too can provide you thousands of hours of pain before you hit the big one.

Even if you play something other than live cash, I encourage you to read on. I believe you’ll gain much insight that will help your game, regardless of context. At the end, I’ll offer resources you should tackle next for your game of choice. 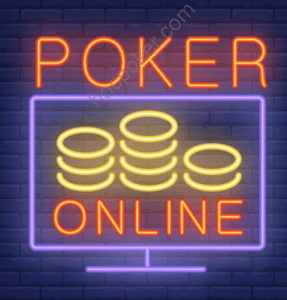 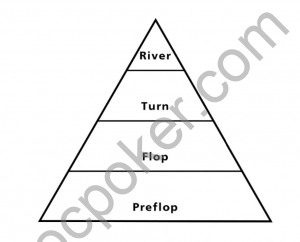