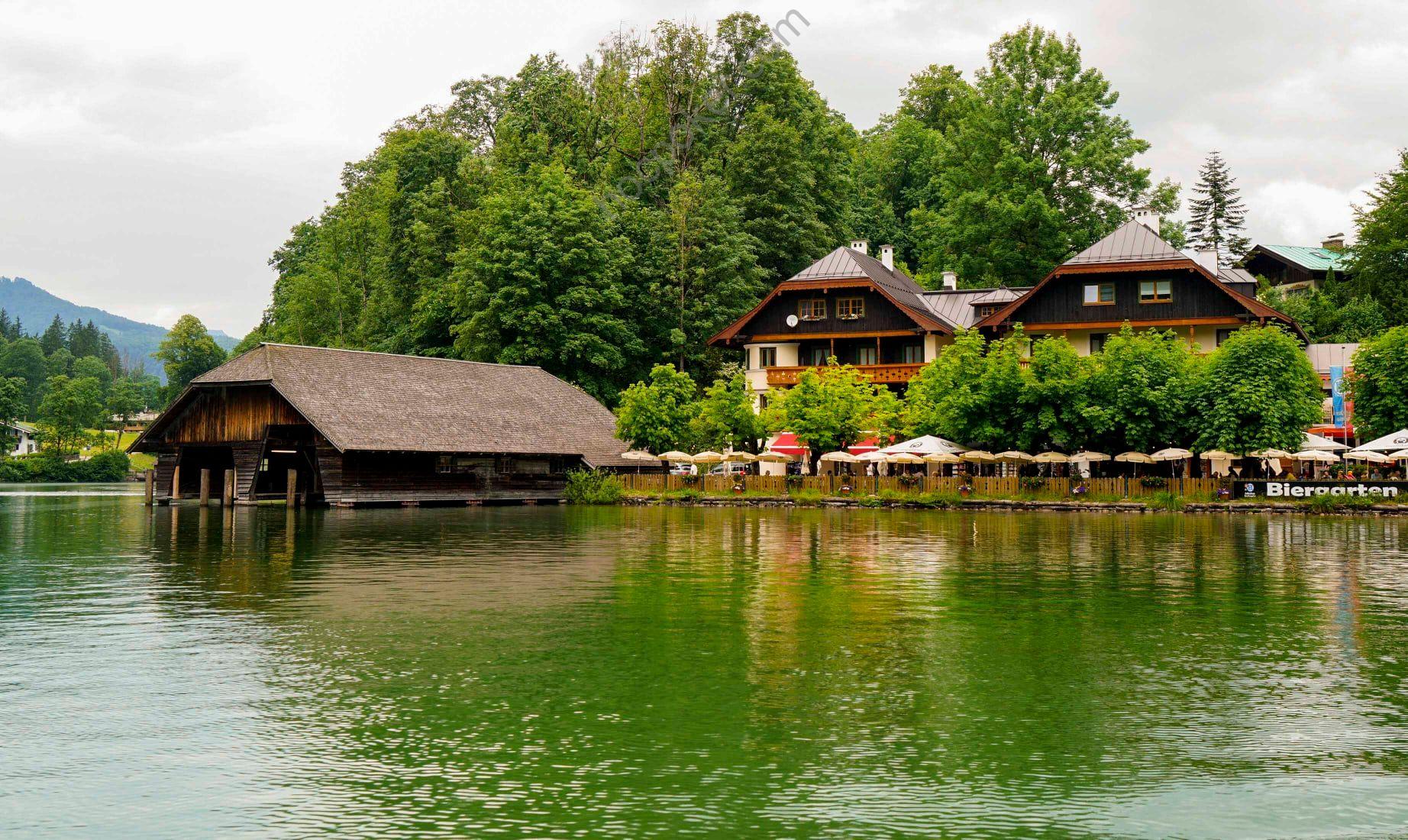 DR. GABOR MATÉ is a physician who specializes in neurology, psychiatry, and psychology. He is well known for his study and treatment of addiction. Dr. Maté has written several best-selling books, including the award-winning In the Realm of Hungry Ghosts: Close Encounters with Addiction. His works have been published internationally in 20 languages. Dr. Maté has received the Hubert Evans Non-Fiction Prize, an honorary degree from the University of Northern British Columbia, and the 2012 Martin Luther King Humanitarian Award from Mothers Against Teen Violence. He is an adjunct professor in the Faculty of Criminology at Simon Fraser University.

What purchase of $100 or less has most positively impacted your life in the last six months (or in recent memory)?
A version of Béla Bartók’s string quartets recorded in 1954 by the Végh Quartet. Perhaps I say so because I’m listening to this CD as I write these words, but I am moved and inspired by the modesty, the dedication to art, and the sheer purity of the performance.

What is the book (or books) you’ve given most as a gift, and why? Or what are one to three books that have greatly influenced your life?
The first book to deeply influence me was Winnie-The-Pooh by A. A. Milne. The Bear of Very Little Brain was a beloved companion of my Budapest childhood. (I happen to think the Hungarian translation is even funnier and livelier than the English original, if that’s possible.) Milne’s little universe of characters speaks to the playful child in all of us, who must, eventually, grow up and face life, hopefully with some of our Pooh-like humor and innocent wisdom intact.

The second was The Scourge of the Swastika, by E. F. L. Russell, a British baron, lawyer, and historian. The book was among the first to document the Nazi horrors, giving me, at age 12, a shocking glimpse into the history that had beset my family around the time of my birth. (I lived my first year in Nazi-occupied Budapest; my grandparents were murdered in Auschwitz.) More universally, it brought about my first awareness of the injustices and cruelty that are possible in our world, the ways completely innocent people can be made to suffer—an awareness that has never left me.

Third is The Dhammapada, containing the sayings of the Buddha. It teaches the importance of inner exploration if we are to see beyond the programmed prejudices and limitations of the egoic mind. In other words, if we are to see life clearly. It points to the impossibility of finding peace in the world outside of ourselves if we can’t locate it within, an insight my own experience has corroborated over and over again. In a sense, this brief text is the template for the many later spiritual and psychological writings that have influenced me and nourished my own growth.

And to cheat, I’ll add a fourth: The Drama of the Gifted Child by Alice Miller, the first book to teach me about the devastating lifelong impact of childhood trauma, the healing and integration of which has become my work’s primary focus. If the editors are looking the other way, I’ll also sneak in Don Quixote, the most beautiful and sanest madman in all of world literature.

How has a failure, or apparent failure, set you up for later success? Do you have a “favorite failure” of yours?
In 1997, I was fired from my job as medical coordinator of the Palliative Care Unit at Vancouver Hospital. I loved the work, loved working with dedicated medical colleagues and nurses in the care of the dying—and yet, what I first perceived as the humiliating failure of being fired was one of the best things that ever happened to me. After my initial shock, outrage, and sense of injustice, the experience became a source of invaluable learning. I was able to see how my narcissism had blinded me to the needs and concerns of the people I worked with. I realized what a poor listener and collaborator I’d been. And it opened the door unexpectedly to a new and profound professional calling. My next job, working with the traumatized addicted population in Vancouver’s Downtown East Side, provided me with the experience, insight, and inspiration for the most recent and perhaps most significant chapter of my professional experience: writing and educating about addiction.

If you could have a gigantic billboard anywhere with anything on it, what would it say and why? Are there any quotes you think of often or live your life by?
On the billboard would be the words of my greatest contemporary teacher, A. H. Almaas: “Ultimately, your gift to the world is being who you are. It is both your gift and your fulfillment.”

What is one of the best or most worthwhile investments you’ve ever made?
The greatest investment of time I ever made was attending an Enlightenment Intensive led by a close friend of mine, Murray Kennedy, many decades ago. Not that I got enlightened then, or since. In fact, I came away with self-imposed resentment and frustration at missing out on some spiritual experience I was convinced I needed. But it did open me to the world of spiritual inquiry, and it gave me my first experience of differentiating my sense of self from my busy, driven, and chronically dissatisfied mind. This is an endeavor still very much in progress, and one I’m grateful for. Over the years, my friend Murray has become a master teacher and an inspiration to me and many others in spiritual work.

Trying to seduce my wife with a Hungarian accent. The seduction is occasionally successful; the accent, not so much.

In the last five years, what new belief, behavior, or habit has most improved your life?
Having been a lifelong yoga agnostic/cynic—as in, “You’ll never see me doing yoga”—I have now acquired, and continue to do, an almost daily yoga practice, developed by the Indian yogi Sadhguru Jaggi Vasudev. It has been transformative, granting me access to a sense of inner spaciousness and lightness I was hitherto little familiar with.

What advice would you give to a smart, driven college student about to enter the “real world”? What advice should they ignore?
If you’re really smart, you’ll drop the drivenness. It doesn’t matter what’s driving you; when you’re driven, you are like a leaf, driven by the wind. You have no real autonomy. You are bound to be blown off course, even if you reach what you believe is your goal. And don’t confuse being driven with being authentically animated by an inner calling. One state leaves you depleted and unfulfilled; the other fuels your soul and makes your heart sing.

What are bad recommendations you hear in your profession or area of expertise?
“Just say no” (to drugs, gambling, eating, sex, etc.) is the least helpful advice one can say to a human being caught up in any addiction. If they could say no, they would. The whole point of addiction is that people are compelled to it by suffering, trauma, unease, and emotional pain. If you want to help people, ask why they are in so much pain that they are driven (there’s that word again) to escape from it through ultimately self-harming habits or substances. Then support them in healing the trauma at the core of their addiction, a process that always starts with nonjudgmental curiosity and compassion.

Not in the last five years, but in the last five weeks, I have been (at long last!) learning to say no to compulsively serving other people’s needs, to healing everyone’s pain, to accepting all invitations to teach my work. It was taking a toll on my inner peace and on my marriage. Ironic or not, I finally had to accept my own prescriptions, the ones I offered others in my own book on stress and disease, When the Body Says No. All very new, but I am feeling joy and vitality returning to me. I have gained a much-needed opportunity to explore who I am when I’m simply being, without constantly having to do something.

When you feel overwhelmed or unfocused, what do you do? What questions do you ask yourself?
Having a mind characterized by ADHD patterns, it’s easy for me to lose focus, to succumb to distraction. The question that helps me return to the present is, simply, “Is what I am doing right now aligned with my life’s calling?” My calling—what lights me up and inspires me the most—is freedom for everyone, including myself: politically, socially, emotionally, and spiritually. If I am being compelled to distract myself from emotional unease, I am not free. Then again, if I’m harshly judging my distractibility, I’m not free either. The freedom always comes from the renewed awareness of choice: my choice, in every moment. 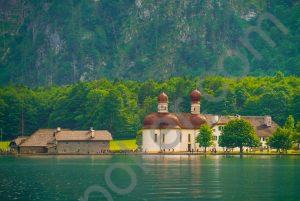 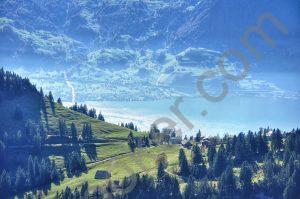 Next post Remember, Babe Ruth was not only the home run king, he was also the strikeout king