SOMAN CHAINANI is a detailed planner, filmmaker, and New York Times best-selling author. Soman’s debut fiction series, The School for Good and Evil, has sold more than a million copies, has been translated into more than 20 languages across six continents, and will soon be a film from Universal Pictures. A graduate of Harvard University and Columbia University’s MFA Film Program, Soman began his career as a screenwriter and director, with his films playing at more than 150 film festivals around the world. He was recently named to the Out100 and has received the $100,000 Shasha Grant and Sun Valley Writers’ Fellowship, both for debut writers.

The War of Art by Steven Pressfield. I read this slim little book before any new creative project and it lights a torchfire inside me. The crisis with all creative work is that it requires us to trust that generative voice inside us while also silencing the negative ones. It’s so easy to mix them all up and end up quietly abandoning our ambitions. (It’s why I became a pharmaceutical consultant at 21 years old, selling Viagra instead of writing fantasy like I do now.) Half drill sergeant, half Zen voodoo master, Pressfield shot me out of my stupor and taught me the meaning of creative discipline.

A Little Life by Hanya Yanagihara. The greatest work of fiction I’ve ever read, with the simplest theme: All of us come with baggage and wounds and pain; all of us. But recognizing that common, human bond is what helps us transcend that pain.

Peter Pan by J. M. Barrie. I think the greatest exercise a person can do when they’re stuck is to remember what their favorite children’s book was. A book that you read over and over and over again. Somewhere in that book is the clue to not only what makes you tick, but also to your life’s purpose. Mine was Peter Pan, which featured a title character who was at once charming and also a complete narcissistic, pathological demon. It was that ambiguous space between good and evil that I sparked to as a kid . . . and am now writing stories about as an adult.

How has a failure, or apparent failure, set you up for later success? Do you have a “favorite failure” of yours?
The biggest failure I ever had was with my thesis film at Columbia’s graduate film school—a movie I’d poured all of my savings into (nearly $25,000) and worked on for eight months. A day before my final showing to the faculty, I previewed it to a professor who recommended I slash it to pieces and completely recut it. Panicked, I followed his advice and presented the hacked-up version to the faculty the next day, who absolutely despised it. All credibility I’d earned among my professors over the past three years went up in smoke. A few weeks later, I ran into one of these disappointed faculty members—one who’d been a huge supporter of my work before this and now could barely look at me. I told him the story of the last-minute recutting. He asked to see the original version. When I showed it to him, his eyes lit up: “Ah. Now I see you.”

It was the most valuable lesson I ever received. Don’t let someone knock you off course before you reach your destination. Trust the work. Always trust the work.

In the last five years, what new belief, behavior, or habit has most improved your life?
There’s this dazzling short story by Ted Chiang called “Liking What You See” that did a number on me. The story asserts that beauty has become a modern-day superdrug, that with filtered and face-tuned social media, retouched models on advertisements, and rampant pornography, we’ve overloaded the senses so that our natural instincts can no longer recognize or react to real beauty anymore. And it’s making us confused and miserable, both in how we judge ourselves and how we judge others. That crystal clear warning—beauty is literally ruining our lives—has improved my life tenfold just by making me consciously aware of it (and by making me ignore 90 percent of what’s on Instagram).

If you could have a gigantic billboard anywhere with anything on it, what would it say and why?
If I’m in Hollywood, it would say, “They’re lying.” If I’m anywhere else, it would say, “If you can conceive of it, it’s probably wrong.” Meditation has taught me that most of the ideas, opinions, rules, and fixed systems I have in my mind aren’t the real truth. They’re the residues of past experiences that I haven’t let go of. What I’ve learned is that my soul doesn’t speak in thoughts at all—it speaks in feelings, images, and clues.

What purchase of $100 or less has most positively impacted your life in the last six months (or in recent memory)?
Mother Dirt: It cured my acne and skin problems permanently. It’s a $49 spray with oxidizing bacteria that you use in place of soap, and it restores your skin to its natural balance. If I could buy this for every teenager in America, I would.

I don’t think I’ve ever told anyone this, but I read old issues of Archie comics before I go to bed. It’s not a new habit: I used to read Archie as a kid, before I tucked in for the night. Riverdale in the comics always seemed so crisp and bright and welcoming (the opposite of the way I felt about my school growing up). It continues to give me a warm, soothing feeling before I drift off to sleep. But more important, closing the day by reading the same thing that I did when I was young gives my life a semblance of beautiful sense and order.

What is one of the best or most worthwhile investments you’ve ever made?
Flying trapeze lessons. It’s like shock therapy for the soul. Once you’re 50 feet high, soaring on a trapeze, it’s just you, your fear, and your instincts. It’s the most intimate experience I’ve had with myself. Just one class made me realize that underneath my mind’s chatter, my body has everything under control if I’m willing to take the plunge and fly.

What advice would you give to a smart, driven college student about to enter the “real world”? What advice should they ignore? Advice I’d give: Make sure you have something every day you’re looking forward to. Maybe it’s your job, maybe it’s a basketball game after work or a voice lesson or your writing group, maybe it’s a date. But have something every day that lights you up. It’ll keep your soul hungry to create more of these moments.

Advice to ignore: A little part of me dies every time someone tells me they’ve taken a job as a “steppingstone” to something else, when they clearly aren’t invested in it. You have one life to live. Time is valuable. If you’re using steppingstones, you’re also likely relying on someone else’s path or definition of success. Make your own.

What are bad recommendations you hear in your profession or area of expertise?
Too often, aspiring artists put pressure on themselves to make their creative work their only source of income. In my experience, it’s a road to misery. If art is your sole source of income, then there’s unrelenting pressure on that art, and mercenary pressure is the enemy of the creative elves inside you trying to get the work done. Having another stream of income drains the pressure on your creative engine. If nothing comes of your art, you still have an ironclad plan to support yourself. As a result, your creative soul feels lighter and free to do its best work.

I’m a personal practitioner of this: Even after three books and a hefty movie deal, I still tutor kids and help them with their college applications. My friends can’t understand it, but it’s the only way I know how to write without feeling like it’s a matter of life and death.

I’m convinced that the reason Hollywood movies are often so terrible is because everyone is working on a thousand projects at once. No one is giving anything their full focus. Working on The School for Good and Evil has taught me to be patient. When I’m writing the book, that’s all I’m working on and I say no to everything else, no matter how lucrative. Do I miss opportunities? Sure. But it means that when the books hit shelves, I know that I’ve left everything on the page and that they’re the absolute best I could have done, which gives them the greatest chance to survive through time. And, inevitably, because I’m committing to maximum quality, better opportunities arise to replace the ones I’ve passed up.

Feeling overwhelmed usually means one of two things: either my blood’s trapped in my head and I need to go exercise, or, more likely, I’ve overcommitted myself and my brain knows there’s no way I can reasonably get done everything I’ve set out to do. Usually the solution is to take a deep breath, look at the calendar, and start canceling things or moving deadlines until the paralysis evaporates.

Feeling unfocused, on the other hand, usually means I haven’t quite locked into whatever I’m working on yet—that a part of me still thinks I can pull the ripcord and bail. It usually happens in the first three months of writing a new book. In the end, a lack of focus is usually just fear: fear that whatever project I’m attempting will go nowhere or fail miserably. Early on, I used to give in to that fear. Four books later, I know it’s just a ghost, and I can blow right through it without looking back. 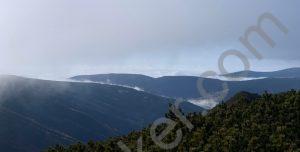 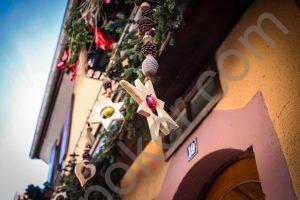