Most impossible problems are like winning at tic-tac-toe. The game seems impossible win. You may play over and over, using different strategies, but without any success. But you can win at tic-tac-toe and solve other hopeless problems if you break the rules.

It is easy to win at tic-tac-toe if you take an extra turn. “What?” you are probably thinking. “You can’t do that!” OK, it is cheating, but it works. It solves the problem. The choice is break the rules or fail.

You might not want to cheat at tic-tac-toe, but what about an important problem, a tough problem that you need solved? Could you break the rules to create a solution? Of course, I am not talking about moral laws, but rather the rules in your head that dictate how the problem should be solved.

Few people consider taking an extra turn (cheating) in the real world, but it is actually a time-honored solution. For example, after a battle during the American Civil War, Confederate General Robert E. Lee told his subordinates that he was positive that Union General Ulysses S. Grant would move to Spotsylvania, since that was his best option. Lee devised a short cut to that position and told his troops to move by it. Lee’s troops took an extra turn, in a manner of speaking, and marched to Spotsylvania before Grant’s army could arrive.

Extra turns are common in business as well. When the makers of Tylenol learned that Datril, a similar pain reliever, would be launched at a significant discount, they took an extra turn. They matched Datril’s price before Datril could advertise its cost advantage. The Datril introduction fizzled and Tylenol maintained its market share.

Use the Other Guy’s Asset

There are many ways to win at tic-tac-toe or solve impossible prob- lems. It isn’t hard to get three in a row if you use an X with two of your Os. Why limit yourself to your own ideas?

Admiral Harry Yarnell of the United States Navy originally developed the basic plan for Japan’s attack on Pearl Harbor. He determined the best routes and described the strategy. He even demonstrated how it should work with two U.S. aircraft carriers in 1932. The Imperial Japanese Navy, recognizing the value of the idea, turned an American admiral’s plan into their own successful attack against the United States Navy. It didn’t bother them to use American battle plans. If it works, use it, regardless of the source. Whose idea could you use to solve your problem?

You can win at tic-tac-toe or solve other tough problems if you use a flexible definition of victory. Allow for a kink in your row and you will win every time. Sometimes our conditions for vic- tory are too stringent or inappropriate. When Winston Churchill was thirty-five and served as Britain’s home secretary, some of his friends were discussing how they had not expected to rise to their important positions so early in life. But Churchill just fumed, “Napoleon won Austerlitz at my age.” Churchill couldn’t win his personal contest with ambition because his definition of victory was too lofty. Changing the definition of success can make a solution possible.

The rule that someone must lose may be your biggest obstacle to either of you winning. Cooperate with your opponent so that you both win. I once watched a building burn to the ground. The owner was happy about it. So was the fire department. The owner needed his building demolished, and the fire department needed a place to practice their firefighting. Both needs were solved with perfect synergy.

“Man tries to make for himself in the fashion that suits him best a simplified and intelligent picture of the world; he then tries to substitute this cosmos of his for the world of experience, and thus overcome it.” ALBERT EINSTEIN

Thinking like Einstein works because the biggest obstacles to solving tough problems are in our heads. Breaking rules is hard. This is why there are so many smart people but so few Einsteins. You may have to violate a cherished rule to solve your toughest problem. Henry Ford made a fortune mass-producing identical, practical Model T cars. He almost lost that fortune because of his Model T rule. His competitors offered frills and options for the increasingly affluent middle class. Henry lost market share making no-frills cars because he wouldn’t break his own rule. The Ford Motor Company probably would have gone out of business if World War II and the complete conversion of Ford factories to military production hadn’t saved it.

The rule you need to break may transgress common sense. You and your colleagues will be certain you are making a foolish mis- take. But violating common sense may be the only way to solve the problem. By his own admission, Einstein’s greatest mistake was modifying some equations to make the universe conform to his common sense. His calculations told him that the universe must either be expanding or contracting. But he felt that it must be static—one glance at the night sky confirmed this truth. Only later, when astronomers observed the expansion of the universe, did he correct his theory.

You can solve your own impossible problems like Einstein. It won’t be easy to do, but it will be fun when you do it. Breaking rules is exhilarating. If you can learn to break the rules that are hold- ing you back, the universe will be yours. 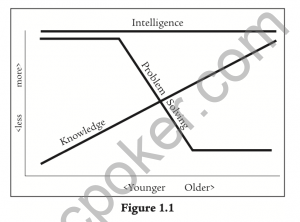 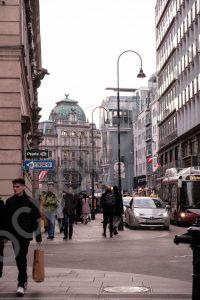