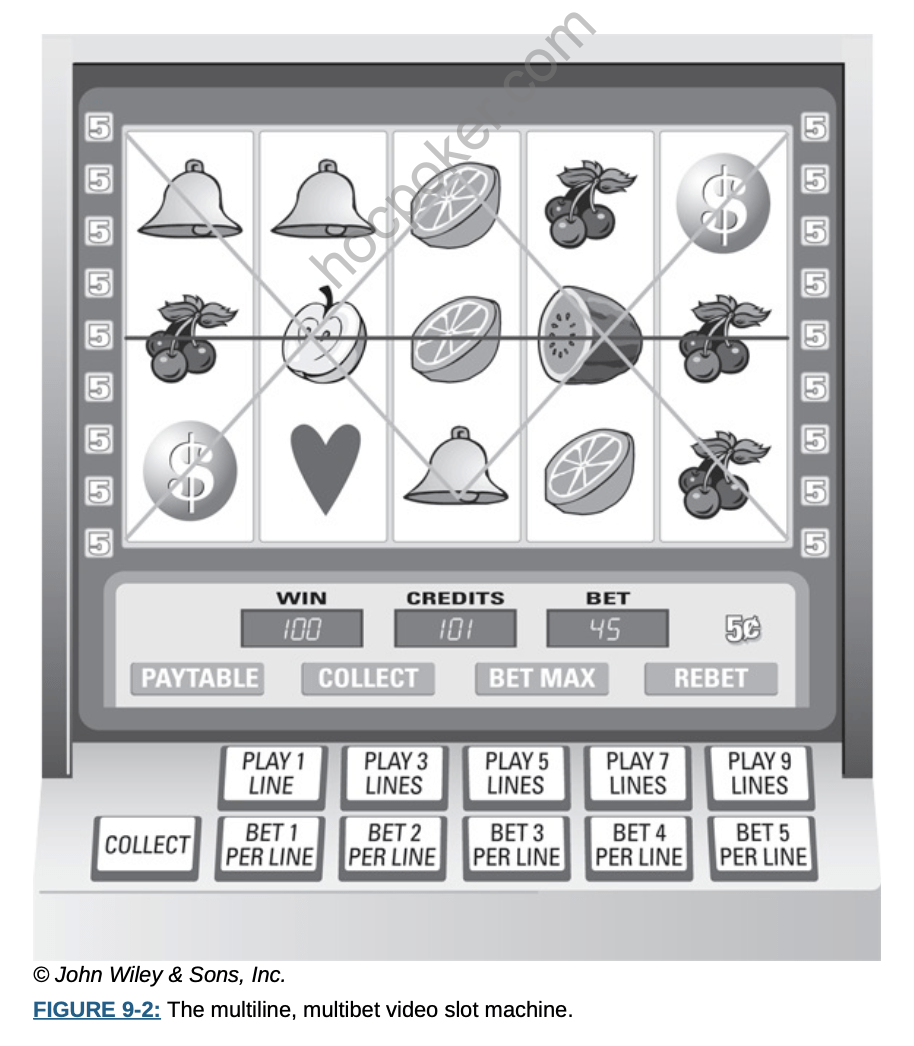 The brave new slot world of the 21st century means you no longer need to settle for three-reel, three-payout-line machines. Every conceivable flavor, shape, and color is now available to tempt gamblers. Literally hundreds of new designs reflect the public’s insatiable appetite for video slot machines, especially those with interactive touch screens. Some machines are so versatile, they let you change the type of game without leaving your seat! Just make sure you check the payout schedules for the winning combinations and for any special quirks that particular game has.

Anyone can play a slot machine — no wonder it’s a favorite indoor sport. This section takes a look at the basic types of slots that you may encounter in your friendly neighborhood casino.

On most machines you’re looking for identical symbols to come up on one line (cherry, cherry, and … cherry!). On a typical machine, you can play just one credit, or you can play up to five credits, meaning you’re multiplying — increasing — your wager. However, there is no advantage to betting more credits because the payout is proportional. For example, hitting three cherries may pay $50 if you played one coin, $100 if you played two coins, $150 if you played three coins, $200 for four coins, and $250 for five coins.

A variation is the bonus multiplier, which offers a bonus when you play maximum coins and hit the jackpot. For example, for the same three cherries, the bonus multiplier may pay $50 for one coin, $100 for two coins, $150 for three coins, $200 for four coins — but $500 for five coins (twice the normal multiplier). This type of machine encourages players to wager the maximum number of coins, and they have odds similar to those of regular machines. If you play a bonus multiplier, you should always play max coins to take advantage of the bonus.

Both traditional reel-spinning slots and newfangled video machines offer multiple payline games, which can pay on dozens of different lines. These lines may appear as straight or zigzag patterns on the screen. Each line bet you make — and you can make multiple selections — corresponds to one line on the screen: up, down, or diagonal.

If you want to play just one line, you can still bet one credit, but if the machine displays a winner on one of the lines you didn’t bet, you don’t win. Multiple paylines are very common on lower-denomination machines, such as the penny and nickel machines that are popping up all over the casino floor. (Check out Figure 9-2 for an example of a multiple payline machine.)

Tuning in to theme machines

The hottest trend in slots links the game to popular TV shows (such as Game of Thrones, Star Trek, and the Wheel of Fortune), traditional board games (such as Monopoly), movies, cartoons, and so on. These theme machines rely on familiarity and popular branding to entice loyal fans.

But in most cases, we suggest you skip these theme machines, even if you’re a big fan of Vanna White or Mr. Spock. The reason is simple: These machines have bad odds. Typically, the casino must agree to share the revenues from any slot connected to a celebrity, show, or cartoon. (You don’t expect Vanna to let them use her face for free, do you?) Consequently, the pie has more slices — and smaller paybacks.

The progressive slot machines are typically grouped together in a bank or a carousel with a large jackpot tally spinning feverishly above them. The progressives can be linked to slots in one casino or multiple casinos. (The Megabucks game, for example, is linked to several casinos throughout the state of Nevada.)

The jackpot is based on a small percentage of the money played at each machine in the group. Because progressive slots are linked together on a network, the jackpot grows, little by little, each time a player feeds the beast. The question is: Should you play a regular machine with its paltry little jackpot, or should you gamble at the neon-flashing progressive machine with the shiny sports car spinning on the platform above the slot carousel?

The answer depends on your goals: If modest wins are fine, then you have much better odds of hitting a small jackpot on a regular machine than winning the big jackpot on a progressive machine that has as many as four or five reels and thousands of potential combinations. But some players aren’t satisfied with a lot of small wins — they want to go for the glory. Note: The odds are long, and the winners are few at the gigantic progressives.

Less than a year after the Megabucks progressive slots were introduced, Californian Terry Williams made slot history by winning almost $5 million at Harrah’s Casino in Reno on February 1, 1987.

(In case you ever wondered, the large cardboard check that winners struggle to hold up is just for camera time. Most MegaJackpots are paid out in 25 annual installments.)

On the other end of the spectrum, consider one of the saddest moments in gambling: A player miraculously hit all three symbols on a machine but failed to play the maximum credits needed to win the big jackpot. This life-crushing experience happened to Kirk Tolman on March 14, 2001. Distracted by a friend while playing in Wendover, Nevada, Tolman popped just two coins instead of three into a Megabucks machine. Sure enough, the three reels lined up for the jackpot. Although the 22-year-old won $10,000 for his two-coin play, he lost the chance to collect the $7.96 million prize, just because he was a buck short.

The moral of the story: If you want a jackpot, play max credits — every spin, every session.

But even if these interactive machines don’t change the odds, they’re still extremely popular. They’re fast and fun to play, but they’re also mesmerizing, seductive, and hard to tear yourself away from. They hypnotize you with their subtle chant: “Must. Have. Your. Last. Dollar.” And they usually get it.

The advantage of interactive slot machines is that the manufacturers get really creative. These games often have increasingly challenging levels, and each step up the ladder offers more money to make the game interesting and the journey worthwhile.

Most players are hoping to reach these bonus rounds — where the fun really begins. For example, on one version the reels disappear, and animated characters pop up as the game progresses. You choose between several images and click on one to reveal the bonus hidden behind the icon. The object is to win additional credits before clicking on a character with no credits, which ends the bonus round.

The total amount you win in the bonus round depends on the number of coins you play, so it’s important to play the maximum coins allowed on interactive machines. Some bonus rounds also award bonus spins, where you can double or triple your winnings and win additional free games. 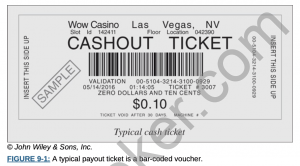 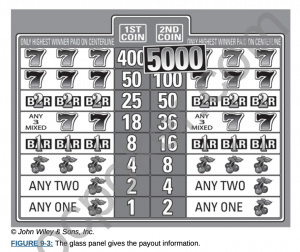