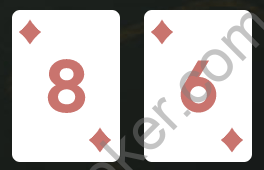 Hand reading is one of the most important skills in poker. That might sound like an obvious comment but the importance of hand reading is still under‐rated. First you use your hand‐reading skills to figure out what hands the opponent could have and how likely each type of hand is for him. Then you use basic logic to consider different scenarios that could play out versus his different hands and weigh the costs and benefits of each of them and choose the best line to take. All the while mental discipline is used to implement the previous skills to the best of our ability.

Hand reading is a combination of math and psychology. The math is derived from knowing about a player’s style – how loose or tight, passive or aggressive they are. Saying a person is tight is another way of saying that the percentage of hands a person plays is smaller than normal. Since this person will always play their best hands, when a person lowers the percentage of hands they play the hands they are no longer playing are the poorest quality ones. So the tighter a person plays, the better their average hand is. And to say a person is playing loose means they play a higher percentage of hands than is normal. Thus this makes their average hand weaker. If a person is playing aggressively that means the ratio of times he raises or bets versus calling is high.

And when a person is passive it means the ratio of times he calls or checks versus the times he bets or raises is high. This information is a bit harder to interpret as far as giving us information about what hand a person has compared to information about a person being tight or loose. This is because when a person is tight he is always playing his best hands. However, when a person is playing aggres‐ sively they mix it up – some are more likely to be aggressive with their strong hands, and some people are more likely to be aggressive with their draws or bluffs. On the other hand, a person won’t be tight and “mix it up” by folding strong hands and playing weak ones.

Then there is the element of psychology. You need to know how the opponent thinks. Look at their bets and figure out what they are thinking, or what they are trying to accomplish with their bet (or check). If they are good, your thinking needs to get more advanced to take more into account, like “how does the opponent view me? What does he think I have? What does he think, I think he has?” and so on. However, assuming you are a winning player, most of your opponents will be bad (relative to you) and thinking on a basic level. Against them do not overcomplicate things, think on the same level as them. Play in a basic manner until you see evidence he is a think‐ ing player, then adjust.

Say your opponent is not reraising you a lot and then he does for the first time in a while – you might think “he is raising with only strong hands, and he knows I know it. So surely if I re‐raise he will know I’m extremely strong.” That’s not the way it works though as now you are confusing the situation. The math says he will have a strong hand and people play strong with strong hands, so he’ll sim‐ ply call your raise or go all‐in. Start thinking on the simplest level and then adjust from there. Start playing an opponent by playing the strength of your hand and then very quickly adapt, start think‐ ing about how good your opponent’s hand is, and if it matters think of what your opponent thinks of your hand. But ease yourself into the more advanced thinking as you see what level your opponent is thinking on.

Bluff when they are weak and don’t bluff when they are strong. A lot of people make the mistake of bluff‐raising the turn, but not bluff‐betting the turn when checked to. They believe that because the opponent bet the turn it makes their bluff more “convincing” be‐ cause of how much strength they can show by raising instead of just betting, and by raising a lot. But there is a reason the opponent bet the turn – they probably want to build a big pot with a big hand as opposed to when they are checking the turn, where they probably want to keep the pot small since their hand isn’t that good. Take things at face value and play straightforwardly, then as you start to get inside an opponent’s head adjust. No read should equal no bluff.

Math comes into play in poker all the time behind the scenes. But there is more math than just the odds of hitting a flush draw. In a HU situation someone can raise from the button 50% of the time, or maybe even 90% of the time. If he raises the button 90% of the time think of all the possible poker hands that his range consists of – al‐ most everything including Q‐4o or J‐2o. Here there is no psychology involved, it’s straightforward math that you can reraise him pre‐flop and he probably cannot call you because the odds are his hand will be quite weak. Or maybe he automatically calls your reraise, then the math says you can auto‐bet the flop and most of the time he will have trash that can’t call your bet. Or if he is in the habit of continu‐ ing on the flop too and is a maniac the first good hand you get you can make a lot of money off of him and you must just be patient.

If he calls your flop bet a lot then he is going to have a weaker range. But if he is very tight pre‐flop and then calls your flop bet he proba‐ bly has a hand every time because he has already filtered out his bad hands pre‐flop. Maybe you can’t get inside his head, but this math tells you a lot.

If an opponent raises pre‐flop and bets the flop and you call, then he often bets the turn, you can punish him by re‐raising. If he does it seldom then he doesn’t make a lot of money by bluffing you out on the turn so let him take down the pot and win money from him in other ways, like picking up a lot of smaller pots along the way that he doesn’t contest. Bluff when they are weak, and don’t bluff when they are strong.

Some of the time the elements of math and psychology behind poker will coincide. For example, say the opponent is playing very LAG (loose/aggressive) so the math says he has nothing, and then psychologically on a given hand you have a feeling that he has nothing and it turns out you’re right. In this case you are outplaying your opponent. On the other hand sometimes an opponent will play LAG, so you figure he probably doesn’t have a hand and call him down, but he does. Or he is playing TAG (tight/aggressive) so you figure he does have a hand and fold, and he doesn’t. In these situations the opponent is confusing and outplaying you. When you notice this happening a lot versus an opponent it means they are better than you, or at least match up well vs. you – so stay away from them! 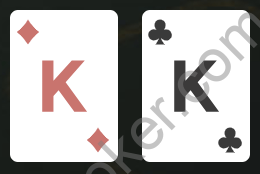 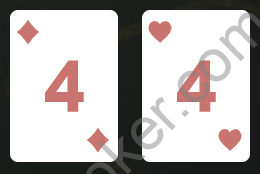