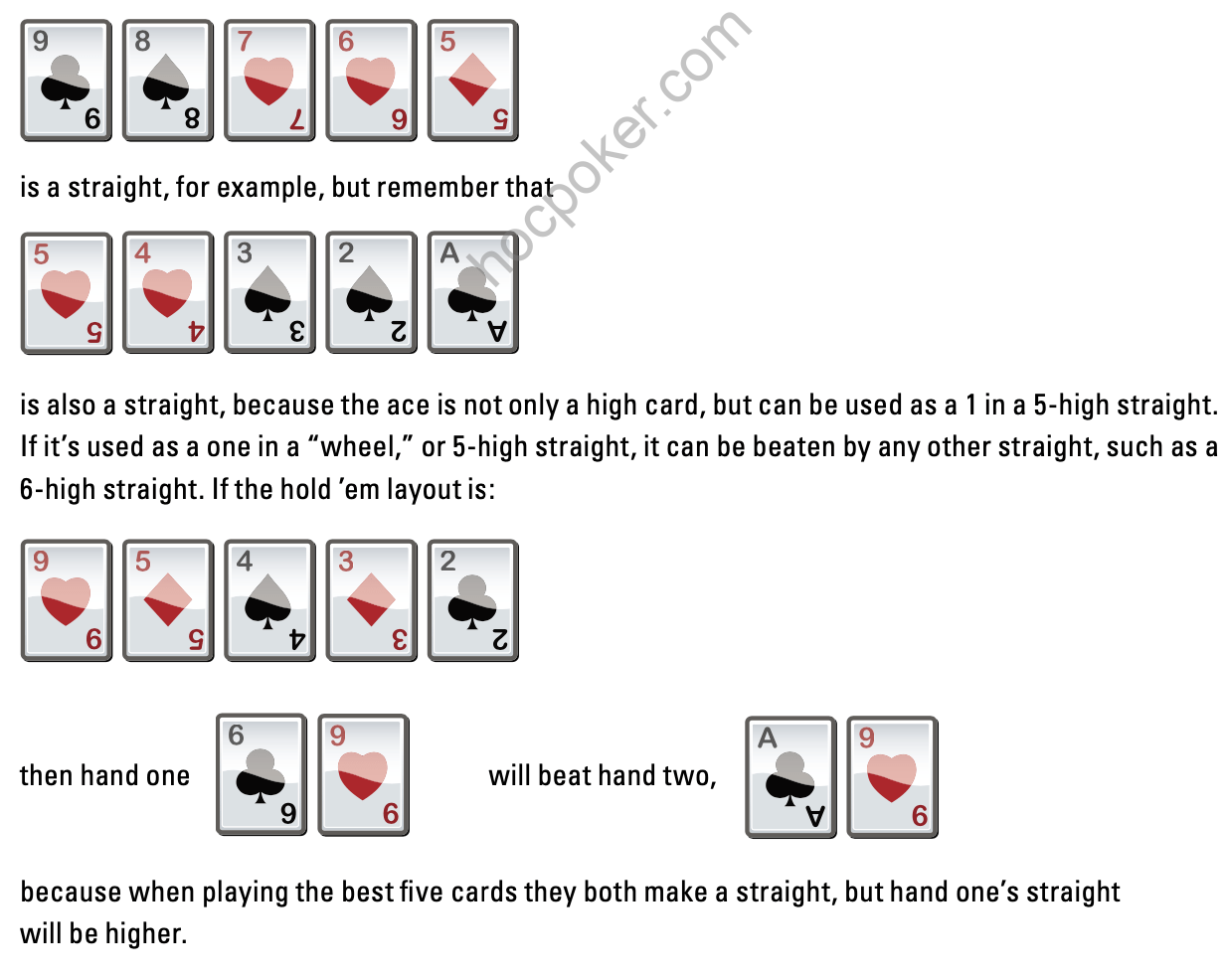 1) The best possible hand is a royal flush: the ace, king, queen, jack, and ten, all of one suit.

3) Next is 4-of-a-kind, or quads—four cards all of the same rank. Four kings always lose to 4 aces and always beat 4 queens. The kicker is always unimportant when you have one of the quad cards as one of your hole cards.

4) Next is a full house, 3-of-a-kind plus a pair. The highest possible full house is AAAKK and the lowest possible hand is 22233. Full houses are always ranked by the three cards of the same rank first, and the pair secondly.

6) Straights are next and consist of five cards in a row of any suit.

The second way to make three of a kind is to hold one of a category in your hand and have two matching cards appear on the board. This is called “trips” and is a strong holding.

The final way to have 3-of-a-kind is to make a “set.” This means that you hold a pocket pair and another of that same denomination appears on the board. This is a very powerful holding and often results in a lot of action, since the strength of your hand is disguised.

This could be read as “nines up,” although sometimes you’ll hear “2-pair” or “nines over fours.”

9) The highest one pair hand is ace-ace and the lowest possible pair is 22. Many hold ’em hands are won by one pair.

10) “No pair” is the last stop for our valuations. The best possible no pair is AKQJ9 of more than one suit.

Never assume that you have a winner or that you’re beaten on the river. The safest thing to do in every case is to turn your hand face up on the table. online, if your hand is still live, the best hand will be chosen automatically by the computer. 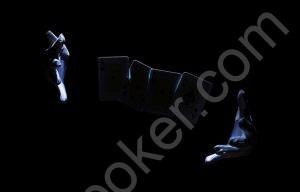