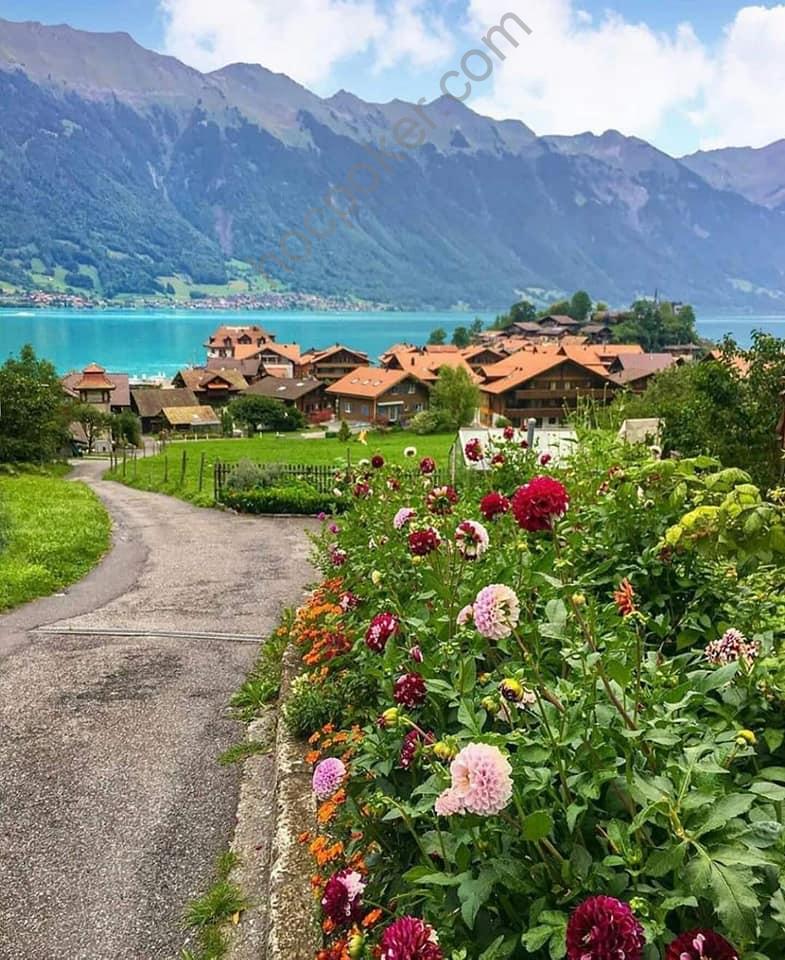 ANIELA GREGOREK came to the United States with her husband, Jerzy Gregorek, in 1986 as a political refugee during the persecution of the Polish Solidarity Movement. As a professional athlete, Aniela has won five World Weightlifting Championships and established six world records. In 2000, she and Jerzy founded the UCLA weightlifting team and became its head coaches. Aniela has an MFA degree in creative writing from Norwich University. She writes and translates poetry both from Polish to English and from English to Polish. Her poetry and translations have appeared in major poetry magazines. As co-creator of the Happy Body Program, Aniela has mentored people for more than 30 years. She is the co-author of The Happy Body: The Simple Science of Nutrition, Exercise, and Relaxation.

The one book that I’ve read and keep rereading is Man’s Search for Meaning by Viktor Frankl. It’s marked up with my thoughts, feelings, and comments. It is a book I have gifted to many people because it changed the way I think about human suffering and grace in life.

Most of us wonder and attempt to understand the miracle of being alive and having this human experience. We strive to find meaning and purpose in our brief existence. Viktor Frankl found his. His observations about reacting or acting in challenging situations are a constant wonder to me—how one chooses the hardship of goodness and grace, or the opposite, to be selfish and self- centered. After reading his book I was deeply affected by people’s struggles and suffering in concentration and labor camps during World War II. One of the survivors said that “the best of us didn’t come back.” Reading Man’s Search for Meaning inspired me to share the creative works of talented World War I and World War II Polish Jewish poets in a lecture at Vermont College. They were a lost generation of fellow poets, and I wanted to honor their lives and work. Afterward, I co-translated and published two books by these poets.

My other favorite book, Musicophilia: Tales of Music and the Brain by Oliver Sacks, reminds me of the connection of music with healing and its importance in memory. I gained a deeper understanding of how music affects our moods and our brains. I personally experienced the power of music and memory after my mother passed away. In a lecture for my creative writing program, I heard Bachianas Brasileiras No. 5 and started sobbing uncontrollably. The soft murmuring of the opera singer transported me to when I was maybe two or three years old, and my mother would sing in exactly the same way while cooking or doing the laundry.

How has a failure, or apparent failure, set you up for later success? Do you have a “favorite failure” of yours?
When I walked away from our first house, I felt like a failure. We had purchased a fixer-upper with money we had saved after working 10-to 12-hour days in the gym for several years.

Our monthly budget for food and other necessities had been a meager $67; we felt we had achieved the American dream. And we had fixed up the house, from the floors to the roof, ourselves. Our clients always knew what we were doing by the smell of paint lingering in our hair, or by the paint stuck under our fingernails.

Eight years later, the Northridge earthquake damaged our house and many others along our street. The value of real estate spiraled down as people moved

out and the neighborhood deteriorated. About the same time, my mother passed away unexpectedly. This led me to reconsider my priorities in life—I no longer wanted to work for “things.” I thought about my impossible childhood dream of becoming a writer and living close to water.

Together, my husband and I decided to take a loss and walk away from our dream house to begin again from scratch. We moved to the marina to pursue a more creative and purposeful life. Years later, I understood that my goal of owning a physical house was not going to satisfy me. What I really wanted was a spiritual house, a place inside me where I could feel fulfilled at any time.

If you could have a gigantic billboard anywhere with anything on it, what would it say and why? Are there any quotes you think of often or live your life by?
I have a few of them:

“To laugh often and much, to win the respect of intelligent people and the affection of children . . . to leave the world a bit better . . . to know even one life has breathed easier because you lived. This is to have succeeded.”—Ralph Waldo Emerson

“Friendship is born at the moment when one person says to another: ‘What? You too? I thought I was the only one.’”—C. S. Lewis

“It is impossible to live without failing at something, unless you live so cautiously that you might as well not have lived at all—in which case you fail by default.”—J. K. Rowling

What is one of the best or most worthwhile investments you’ve ever made?
“If I accept you as you are, I make you worse; however, if I treat you as though you are what you are capable of becoming I help you become that.”—Johann Wolfgang von Goethe

In my practice, when I see clients for the first time, I see them as the end product—the way they will be in the future. They are all beautiful. What stands between who they are and who they want to be is their willingness to change strong habits, belief systems, and the gracefulness to embrace a new way of living. I aid them in their pursuit of change and liberation from unwanted habits.

My best investment was spending money on mentors and personal education. I’ve spent time and energy to learn how to effectively help every person who walks through my door.

What purchase of $100 or less has most positively impacted your life in the last six months (or in recent memory)?
A sweet and curious yellow-green parakeet, which our daughter named Margarita. The new bird came to replace our 12-year-old “soul of the house” (as I call our birds), who had passed away.

I have become better at saying no to negativity. The first sign of negativity, for me, is irritation. When I recognize it, right away I save myself and my loved ones a lot of emotional pain by taking time alone. Breathing deeply helps. In between breaths, I have time to slow down and see the thoughts running through my mind as well as see the other person in front of me.

I say no to blame, no to complaints, and no to gossip. I also teach my daughter these three rules. If I have nothing positive to say, I don’t say anything. It makes my life easier and happier. The moment I start one of these three behaviors— blaming, complaining, or gossiping—I become negative. It is a sign of avoiding what I am responsible for: my life. Negativity is like pollution. It pollutes the mind and relationships. It is passivity. When there is constructive criticism with an intention of helping someone to be better or do better, then the act becomes active. It is important how I convey the message, since the intention is not to offend or hurt someone’s feelings. If I see negativity seeping through someone I interact with, a client or a friend, I guide that person toward positive solutions.

At first I thought I didn’t have any unusual habits. So I asked my daughter, Natalie, about it because children know these things about their parents. She said, “Mom, you are the most normal person I know. But you do these weird things, like the jars you made.”

She’s referring to our Eating Out Jar, Happiness Jar, and others. The three of us are strong-willed individuals with distinct preferences, and the Eating Out Jar came out of a struggle. Each time we talked about going out to eat, we would spend so much energy bickering that we would be exhausted or discouraged by the time we finally chose. It was not fun. The same situation occurred with choosing an activity for the weekend.

I sat my family at the table and gave them pens and Post-it notes where we wrote all the ideas we had. It was fun to see my family’s ideas. My husband and daughter realized that they both liked the same places and the same activities. Usually I was the one to introduce new ideas, which were met with resistance. Here was my chance to introduce things and activities I would like to experiment with and experience.

Creating jars eliminated the necessity of using force, manipulation, or persuasion. Now we don’t waste time on making simple decisions, we just pull the jar out and randomly pick one, and we all love (or accept) the choice.

The Happiness Jar we created for those times when we were going through down times as family. We came up with ideas that we all like and enjoy—simple things such as bathing our dog Bella or making potato-zucchini pancakes.

The most helpful practice for me when I feel unfocused is to go for a walk in nature. Being near the water has a calming effect on my nervous system, and the rhythm of the waves coming and going pacifies me. Also, going for a walk among the trees has a similar effect. In Japanese, there is a term, “forest bathing,” where you take a walk under the trees and the coolness, the smell, and the silence wash over you. I feel relaxed, cleansed, and clear-minded afterward. In nature I experience the opposite of sitting meditation. Sometimes trying to tame the mind and get focused in my Transcendental Meditation, which I have practiced for many years, just magnifies whatever is happening inside me. That makes me feel more tired and stressed out—this is when I turn to nature. I feel nature meditates me.

In the last five years, what new belief, behavior, or habit has most improved your life?
I have recently changed my beliefs about aging and parenting. When I was 25, I already thought that I was old and headed downhill, but then my life took some unexpected turns. I immigrated to the USA, learned a new language, competed in Olympic Weightlifting, finished an MFA in creative writing, and became a writer and a translator. I co-created the Happy Body Program, a practice that became my life’s purpose and work. Then, at age 45, I was blessed to get pregnant and have a child. Deprived of sleep and struggling to raise a small child with no family close by, I felt I’d suddenly aged decades. But as my daughter grew, I began to find my own equilibrium as a parent and learned how to take care of myself along with her. Now I am 58, my daughter is 13, and I feel full of energy and enthusiasm about the future. I am on both ends of aging, as I watch my daughter grow into a young adult while I am growing older with a lifestyle that supports youthfulness. Now I know that parenting is also one way to stay young. 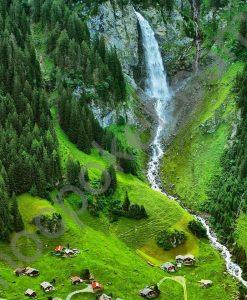 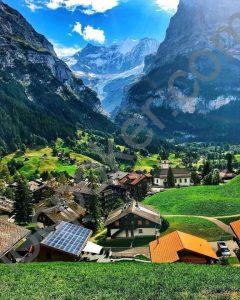