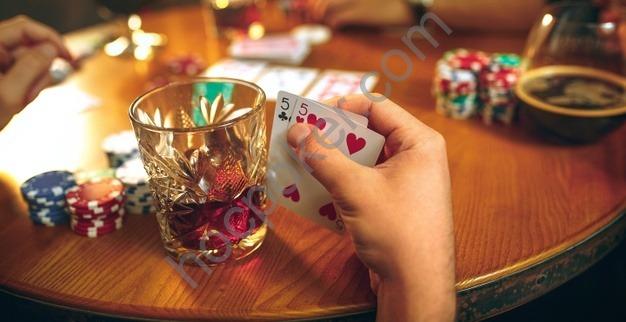 FOCUS IS AN integral part of playing poker, as it is what allows a player to collect a range of data about a particular hand, opponent, or game dynamic. The stronger their focus, the more accurately and precisely that data can inform their decisions.

When poker players think of an ideal level of focus, they might conjure up the scene from Rounders where Mike McDermott innocently walks in on the Judge’s home game. He’s just there to drop off some papers to his professor, but gets drawn in to conversing with the guys around the poker table. Despite having walked in while the hand is in progress, Mike is able to quickly deduce that, “in this collection of great legal minds, there isn’t a single card player.” After a scan of the table, he manages to cor- rectly read everyone’s exact hands:

“Okay. Well, you were looking for that third three, but you forgot that Professor Green folded it on Fourth Street, and now you’re representing that you have it. The D.A. made his two pair, but he knows they’re no good. Judge Kaplan was trying to squeeze out a diamond flush, but he came up short, and Mr. Eisen is futilely hoping that his queens are gonna stand up. So, like I said, the Dean’s bet is $20.”(1)

It’s an inspiring, entertaining, and completely unrealistic portrayal of poker. Still, many poker players dream of how amazing it would be to intuitively know every detail of a hand. They assume the top play- ers in the world have this level of focus, and believe it would allow them to dominate the game as well. However, they fail to recognize the connection between their level of focus and their ability to read their opponents. When they lose a hand, they don’t see how distractibility, boredom, or lack of focus prevented them from picking up information that could have led to a different outcome. In other words, they have a black-and-white perspective when it comes to a hand—either they have the right knowledge or they don’t. They underestimate the value of attaining a high level of focus and instead, attribute their losses to things out of their control.

While you’re playing poker, you want to try and avoid expending too much energy on maintaining your focus and fighting off distractions. Ideally, being focused should come effortlessly. When you reach that point, mental space is freed up and you can dig deeper into the action.

Focus can be broken down into two parts: attention and concentration. People often use these terms synonymously with focus, but there is an important distinction. Attention is the direction of your focus determined by your goals, needs, motives, interests, priorities, and values. Concentration is the amount of focus you have, which is ultimately determined by your level of energy. If these subtle differences are unclear, think about the way in which people talk about focus. When someone says, “pay atten- tion,” they’re telling you where to focus. When they say, “concentrate,” they’re telling you to increase your level of focus. This distinction is impor- tant because it illustrates the two ways of improving focus—give it better direction and increase the amount of it.

Improving focus employs a method you’ve become very familiar with: assessing your range. Answering the following questions will help you to

analyze the varying levels of your focus while playing live and online, and when studying or working on your game.

Some of these questions measure focus quantitatively, such as length of time spent distracted and frequency of distractions. Tracking these statistics can provide a more precise impression of the quality of your focus, including any problems. Plus, it can help you to set goals and track progress. For example, if you find that you’re averaging ten distractions in a three-hour session, you can set a goal to reduce it to seven. Sure, you’d prefer to not have any distractions, but expecting that to happen right away is unrealistic. In addition, you can aim to increase the speed with which you recognize a distraction and the amount of time it takes you to get refocused. Keeping track of these real-time statistics can be a distraction in itself, so find a way to take them quickly and without diverting any focus from your game.

Once you have a strong idea of the range that exists, you can inject logic, goals, or inspiration to improve your focus at the table or while studying.

Since goals contribute to the direction of your focus, reminding yourself of what they are can accelerate the process of getting refocused. If you are lacking concentration, inject inspiration from a song, movie quote, or picture of your dream house to give you an immediate boost of energy. Just remember that this strategy only provides temporary progress. In order to make your improvements permanent, you must train the correction to your focus problem and/or resolve any mental game problems connected to it.

Here are some other general ways to improve focus: 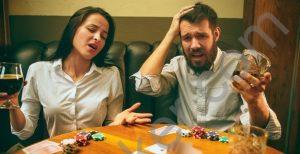 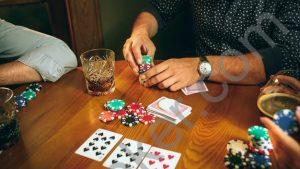