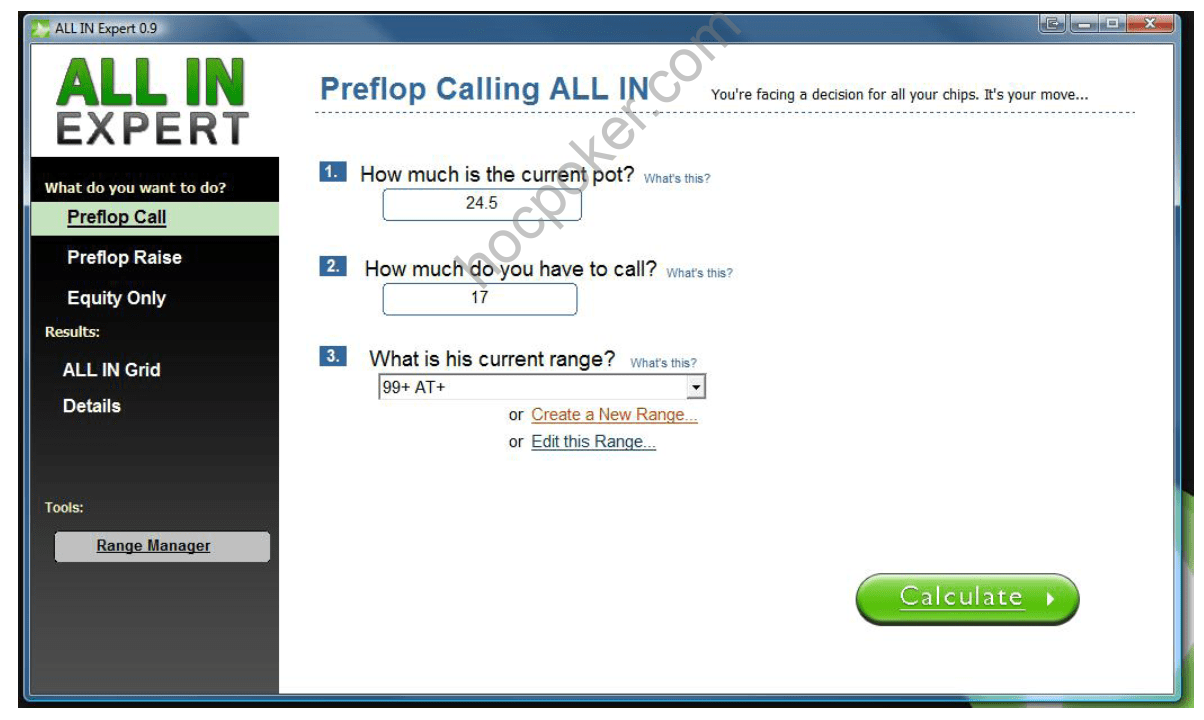 Shortstackers. I hear more complaining about shortstackers than anything else in the poker world. Why? Because these people have found a mathematical loophole made possible by the current minimum buy-ins on poker sites. But why the hate? Apparently there is a loophole, why would one hate someone for doing something they could just as easily do themselves? Why doesn’t everyone tick that “Buy in for the minimum” button as they sit down at their table? Why doesn’t everyone use a simple hand chart, with certain stipulations, and grind 24 tables?

The answer is simple, and actually is the same as that old adage “you get out what you put in”. If you are using very minimal brain power, if you are simply following a hand chart, if you are mindlessly pressing buttons, then you have put in very little and in return, will make very little. A shortstackers winrate is severely capped given the simplicity of the strategy.

As it stands now, there are 3 main types of actual SS (the ~20bb variety)

The “nittynitty”: This is the 5/5, 4/4, 5/4 type that is most likely following a simple hand chart. The last time I drew up a SS chart without any variety it came out to 6/5.7, and that was pure robotic SS-ing. This player type doesn’t think and most certainly doesn’t use any sort of variation in play. They look
at their cards and go “ok, I have this position, there are this many limpers, my chart says to do this” and they do it. These players are amaaaaaaaaaaazing to have on our left as we can powerhouse their blinds every single orbit and have an insane ROI/steal

Quote:
Why they suck for us? It really only sucks when they are on our right. They really don’t light steal, so they just take up space and we can really never win an easy pot against them. They also plague tables, and lots of tables, because their strategy is so simple (basic FPP strategy really) and they play for long hours.

The “pro”: This is the good kind of SS’r. They tend to run stats like 7/7, 9/8, and almost never have a vpip of 10 or higher, and almost never have a vpip/pfr gap of more than 1. They have a bassline of actions (what hands to shove v a raise from every position, hands to squeeze with over how many callers, etc), but they also understand variation. They will sometimes light steal, they will also utilize SC’s to their advantage. They make you call them a bit wider, which may get you tilty when you run

into their top side a few times.

Quote:
Why they suck for us? Our edge against them is pretty small. They understand what they are doing, and will mix it up well. The big reason they suck is because they leech the games. They don’t take much per session, but over time, they are leeching a significant amount of BI’s per level, especially when there are multiple of them. They become more prevalent at 100NL and 200NL, but there are some at 50NL as well.

The “going2lose”: This is our most profitable SS’r to play against. They are terrible and have terrible stats to back it
up. Why do they buy in in for 20bb? Because they fear losing money, have it as an “auto-option”, or try to use a chart and then go nuts. They tend to have a gap of 2+ in their stats, and most have vpips of like 11+. It is very standard to see them like 12/4, 19/6, or even 9/5. They have wide ranges, call shoves poorly, go absolutely insane in positional pots, and just make endless mistakes. Do not avoid them, just adjust your

Quote:
Why they suck for us? Well, they don’t actually suck for us! They are profitable for us so long as your range adaptation is solid.

What Can I Do To Improve Against Them!?

But how do we know their ranges? Start thinking about it. I have actually had students before that had trouble against SS’s, so I told them to spend a week creating a SS-ing strategy and then we reviewed it. Amazingly enough, this simple exercise (that took maybe 2-3hrs for them), made it so they understood every range of a SS’r, how position changed their ranges, and most importantly, how to counter it. After spending maybe
a total of 4hrs on everything (doing the work themselves, working it out with me, etc) they had it so they never had a tough decision against a SS’r. Now, if you are reading this paper to figure out exact ranges, I apologize…Just consider this super beneficial homework =)

Also, think logically while playing. Of course, it is easiest to play against a nittynitty, the ranges are concrete and they
play super straight forward (in fact, you could probably find the EXACT chart they are using if you explore the internet). Logically, we know that if we raise TT UTG to 3bb, folds to
him OTB and he shoves for 20bb, we know his range is super strong, probably TT+/AK (and in all actuality, it is probably QQ+/AK ~JJ). If we pokerstove it, we get 34/66. We know we are getting 23:17, so we need 42.5%ee to call. We have 34, so we cannot call. This is simple math.

But what if that OTB player was a “going2lose” player who was 18/9. We think his range is wider (because it is) and probably 66+/KQo+/AJo+. Against this range, TT is 53/47, so we would call. This is logical and mathematical. The good, though most people view is oppositely, is that SS’s force you to work through these math issues, which in turn makes you much stronger in other facets of the game. One of the easiest strategies I can suggest for ranging is to figure out a nittynitty’s range, and then expand from there based on looseness. That should help quite a bit.

This is what AIE says I should call with. If you were using the program, you could hover your mouse over and hand and get the ROI on it and see exactly how profitable it is.

This is what we would want to shove with. I assume the SS’r raised to 3.5bb, there are 1.5 in blinds (so 5bb is the current pot). I assume I am not in a blind, so I would have to call 3.5bb, and if I shove, the SS’r would have to call 16.5bb. I say his current range is a steal range of 30% of hands (this is not for a nittynitty player obvi), and that he will call very wide (this is certainly a “going2lose” calling range in certain spots).

This is what AIE says is our profitable shove range. Notice, this does not take into account other players, and really, you should only 3b in this spot to like 14bb to ensure we don’t lose too much if/when other players wake up with really strong hands

““Dieting: A system of starving yourself to death so you can live a little longer.”
Jan Murray ”

What the hell does a dieting quote have to do with shortstackers? Your bankroll is the diet of a shortstacker. He is mathematically entitled to it. You can work hard so you have a small edge against them, but it takes work. So how do you stop feeding them? DON’T PLAY WITH THEM!

It is very simple. If there are shortstackers at your table, don’t play. Now this may seem like an idealogical statement (especially for those who do loathe shortstackers), but it is possible to put yourself in better spots. Table selection rules involving shortstackers:

1.)NEVER sit at a table with more than 3 more shortstackers

Quote:
Tables with too many SS’s are terrible for our WR. Our WR is not very high against a SS in the first place, so when you add more of them, it only gets worse. Leave tables if they get invested…the fewer the better, always.

2.)There is a huge difference between 20bb and 60bb people.

Quote:
DO NOT confuse them. 20bb people are SS’s. 60bb buy in short, but are terrible for a whole different set of reasons. You cannot use the same strategy against each, so don’t even try to.

Quote:
Although these tables tend to be a bit more reg-filled, it is much better than sitting with 5 SS’s.

So going full circle to answer the original question of “why does everyone hate shortstackers?”…the answer is simple. Because people are too lazy to figure out how to work around them. Too lazy to figure out the simple strategy and hand ranges to call/ shove with to beat them. Too lazy to solidify their own game against them, that, oddly enough, would eliminate them. So people don’t hate shortstackers, they hate the work (albeit very little in reality) they have to do to beat them. Don’t be lazy,

put in the work and time to make these shortstackers not only profitable for yourself, but to eventually rid of them. Enjoy and good luck with your work and winning flips! 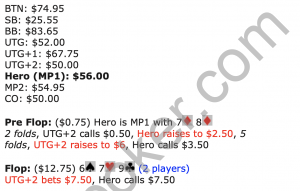