JOCKO WILLINK is one of the scariest human beings imaginable. He is a lean 230 pounds and a Brazilian jiujitsu black belt who used to tap out 20 Navy SEALs per workout. He is a legend in the special operations world, and his viral podcast interview with me was the first public interview he ever did. Jocko spent 20 years in the U.S. Navy and commanded SEAL Team Three’s Task Unit Bruiser, the most highly decorated special operations unit from the Iraq War. Upon returning to the United States, Jocko served as the officer-in-charge of training for all West Coast SEAL Teams, designing and implementing some of the most challenging and realistic combat training in the world. After retiring from the Navy, he co-founded Echelon Front, a leadership and management consulting company, and co-authored the #1 New York Times bestseller Extreme Ownership: How U.S. Navy SEALs Lead and Win. He has since authored a bestselling children’s book, Way of the Warrior Kid, and his latest, Discipline Equals Freedom: Field Manual, which details his unique mental and physical “operating system.” Jocko also discusses human nature through the lens of war, leadership, and business on his top-rated podcast, Jocko Podcast. Last, but not least, Jocko is a husband, an avid surfer, and the father of four “highly motivated” children.

At some point about halfway through my 20-year career in the SEAL Teams, I read About Face by Colonel David H. Hackworth. I haven’t stopped reading it since. Hackworth came up through the ranks and served as an infantry officer in the Korean and Vietnam wars. He was revered by his men and respected by all who worked with him. While the stories of combat are incredible and there is much to be learned about battlefield tactics in the book, the real lessons for me are about leadership. I adapted many of his leadership principles over the years and still continue to learn from his experiences. Thanks for everything, Colonel Hackworth.

How has a failure, or apparent failure, set you up for later success? Do you have a “favorite failure” of yours?
During my second tour in Iraq, I was commander of SEAL Team Three, Task Unit Bruiser. We were deployed to the war-torn city of Ramadi, the epicenter of the insurgency at the time. Only a few weeks into the deployment, we conducted a large operation in conjunction with U.S. Army soldiers, U.S. Marines, and friendly Iraqi Army soldiers. There were multiple elements on the battlefield, all engaged in heavy enemy contact. In the fog of war, mistakes were made. Bad luck emerged. Things went wrong. There ended up being a vicious firefight between one of my SEAL elements and a friendly Iraqi unit. An Iraqi soldier was killed and several others were wounded, including one of my SEALs. It was a nightmare.

While there was plenty of blame to go around, and plenty of people who had made mistakes, I realized there was only one person to blame: me. I was the commander. I was the senior man on the battlefield, and I was responsible for everything that happened. Everything.

If you could have a gigantic billboard anywhere with anything on it, what would it say and why?
“Discipline equals freedom.” Everyone wants freedom. We want to be physically free and mentally free. We want to be financially free and we want more free time. But where does that freedom come from? How do we get it? The answer is the opposite of freedom. The answer is discipline. You want more free time? Follow a more disciplined time-management system. You want financial freedom? Implement long-term financial discipline in your life. Do you want to be physically free to move how you want, and to be free from many health issues caused by poor lifestyle choices? Then you have to have the discipline to eat healthy food and consistently work out. We all want freedom. Discipline is the only way to get it.

What is one of the best or most worthwhile investments you’ve ever made?
Ever since I have had a home with a garage, I have had a gym in my garage. It is one of the most important factors in allowing me to work out every day regardless of the chaos and mayhem life delivers. The convenience of being able to work out any time, without packing a gym bag, driving, parking, changing, then waiting for equipment . . .

The home gym is there for you. No driving. No parking. No little locker to cram your gear into. In your home gym, you never wait for equipment. It is waiting for you. Always.

And, perhaps most important: You can listen to whatever music you want, as loud as you want.

In the last five years, what new belief, behavior, or habit has most improved your life?
Reading and writing every day. FREE YOUR MIND.

What advice would you give to a smart, driven college student about to enter the “real world”?
Work harder than everyone else. Of course, that is easy when you love your job. But you might not love your first, or second, or even third job. That doesn’t matter. Work harder than everyone else. In order to get the job you love or start the company you want, you have to build your résumé, your reputation, and your bank account. The best way to do that: Outwork them all.

Take a step back.
Detach from the mayhem.

Look at the situation and assess the multitude of problems, tasks, or issues. Choose the one that is going to have the biggest impact and execute on that.

If you try to solve every problem or complete every task simultaneously, you will fail at all of them. Pick the biggest problem or the issue that will provide the most positive impact. Then focus your resources on that and attack it. Get it taken care of. Once you have done that, you can move on to the next problem or issue, then the one after that. Continue doing that until you have stabilized the situation. Prioritize and execute.

Previous post “To avoid criticism, say nothing, do nothing, be nothing.”—Elbert Hubbard 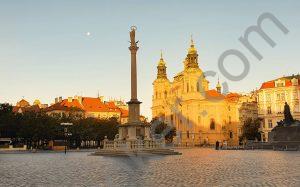 Next post Our brains, our fear, our sense of what’s possible, and the reality of ‘only’ 24 hours in a day give us preconceived notions of what is humanly possible