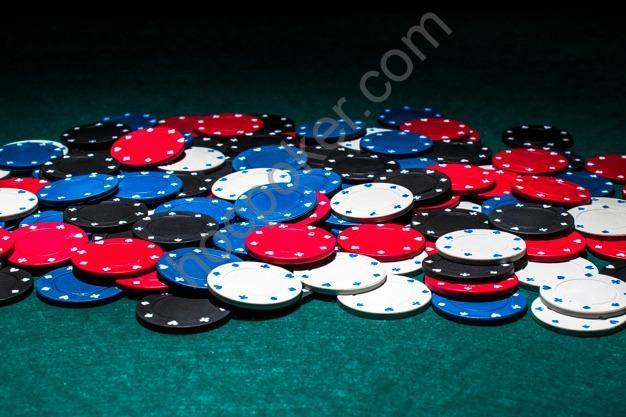 What: Fold Equity.
Why: Because your stack is almost all gone and you need a lifeline. When: For when you’re at the mercy of the poker gods.

As mentioned earlier, fold equity refers to your odds of making your opponent fold their hand so that you can pick up the pot uncontested. This means no 50% or 30% potential of getting sucked out on by an opponent, because once they’ve folded the hand is over. You can’t get rivered if you get your opponent(s) to fold their hand(s), right?

While the practice is generally only applied in short-stacked scenarios, you should make sure you always have some level of fold equity so that you will have the opportunity to pick up chips without showdown. Being able to win pots without showdown is a lower variance way to increase your stack than playing all-in pots where luck is a major factor. This is why it pays, literally, to be a strong postflop player. Once you get very short-stacked your opponents will be priced-in to call your all-ins with any two cards because they are being offered such favorable pot odds. The same is true when they open the pot and you move all in for say 4 or 5 big blinds. Even though you may have been playing tight, the odds being offered to your opponent are so good that it would be a mistake for them to fold any hand. It may be ‘so sick’ that someone beat your Ace-King with 85 suited, but if the math was in their favor, the only thing that actually would’ve been ‘so sick’ would’ve been them folding to your re-raise.

It’s of the utmost importance to be aware of your stack size so that you know when you have enough chips
to move your opponent off their hand vs. when they will have the odds to call your all-in bet and gamble with you. If you lose in a spot where you were a significant favorite, but your opponent was also getting extremely favorable pot odds, then nobody made a mistake, that’s just poker, and sometimes the worse hand pre-flop will be the best by the river. Your job is to try your best to maintain your stack so that you don’t have to put your tournament life on the line in all-in situations very frequently. The less often you get involved in 80/20s, 70/30s, 60/40s, and 50/50s, the much smoother (and less stressful) your ride to the final table will be.

What: Risk-Reward Ratio.
Why: Because poker’s full of tough calls.
When: When you are on the fence about whether to act or back down.

When identifying whether or not it’s a good time to make a play you want to pay attention to 3 critical factors:

1. How much fold equity do you have? In other words, how many potential hands does your opponent have in this given situation, and how many of those hands will he fold if you make a move? The percentage you’ve identified is your fold equity, and it’s how often your move will work uncontested. The higher your fold equity, the less important your cards are – especially if you’re making a non-all in bet where your cards do not matter,

because you can fold if your opponent decides to play back.

2. How much will you chip-up relative to your stack? The more you stand to increase your stack, the greater you are increasing your odds of hitting those high paying spots. You should be more liberal in making plays
if you can increase your stack 40% or 50% without showdown than if you were only looking at a 5% or 10% increase. The amount you stand to gain also serves as backup if you get called on an all-in bet. After all, it is the OVERLAY that the pot is offering when you get all-in, so if you manage to win the race you don’t just double your stack, you double your stack plus whatever dead money is trapped in the middle (i.e. the blinds, antes, raises that people made and then folded). Even if you only have a 40% chance of winning when called, but you stand to triple up, then you are making a long-run mathematically profitable play. It’s like playing a game with a 5 sided dice, where you only win on 2 of the 5 numbers but, when you win you get paid $2 and when you lose you only have to pay out $1. See the profitability now?

Remember, in the case of non-all-in bets, when your opponent wakes up with a strong hand, you will have

to fold and surrender those chips. Your assumption should be that more often than not you are going to be successful in your play, so you’ll be making a long-run profit. Recognize that nothing is 100% and that being off on your timing isn’t anything to get upset about – it’s just bad luck, and it’s no reason to keep you from continuing to attempt plays in the future. You’re still in the game and you’ve still got plenty of play left.

When it comes to all-in bets the situation is very different. If your play works you will chip-up without showdown, which is an ideal result. However, if your opponent wakes up with a real hand you will be forced to race for all your chips (sometimes as a significant underdog). This said, just because you got called doesn’t mean you are eliminated from the game. As I just pointed out, nothing is 100%. Even if your odds are slim, recognize that if you catch lightning in a bottle and win the race you will get a full double up plus whatever dead money was

in the pot. 20% or 30% may seem like pretty long odds, but if you’re taking those odds for a ton of chips, that may mean that 1 time out of 5 or even 1 time out of 3 you are going to have a very, VERY good chance at taking first place. And based on how much more money is awarded to 1st place than any other position, this will easily make up for all the occasions where you get caught and don’t win the all-in pot.

What: Pot Equity.
Why: Because sometimes you’ve just got to call.
When: When the odds are in your favour but you want some reassurance.

Winning poker tournaments isn’t just about getting it in with the best hand; mind you, it isn’t a bad strategy (ask Phil Hellmuth). Winning poker tournaments is about being willing to gamble when the odds are in your favor. It’s perfectly fine to get your money is as a 3:2 underdog when the pot is laying you 2:1 odds, or even as a 4:1 underdog if the pot is laying you 8:1 odds. Think about it: when you’re in the big blind and someone moves all- in for 2 big blinds, you would call without even looking at your cards because even if they held pocket aces, a random 2 card hand still has about a 20% chance to win, and the pot is laying you over 4:1 odds if antes are in play.

When you know what range of hands someone is moving all-in with (be it open shoving all-in, re-raising all in, or cold 4 betting all-in) you can calculate the odds that your hand has against all the hands they could possibly have. Given that you also know the odds the pot is laying you, it’s pretty easy to identify when you need to call all-in bets with hands like pocket 5s, King Jack off-suit or Ace 2 suited. Your opponent may call you a bonehead when you crack his big pair with just a ragged ace, but if you were getting better than 2:1 pot odds you made a profitable call – and that’s just against your opponent’s particular hand. If you took his entire range into account you probably made a great call – but don’t bother telling him that. 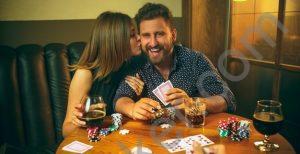 Next post So good odds, good to call, right?