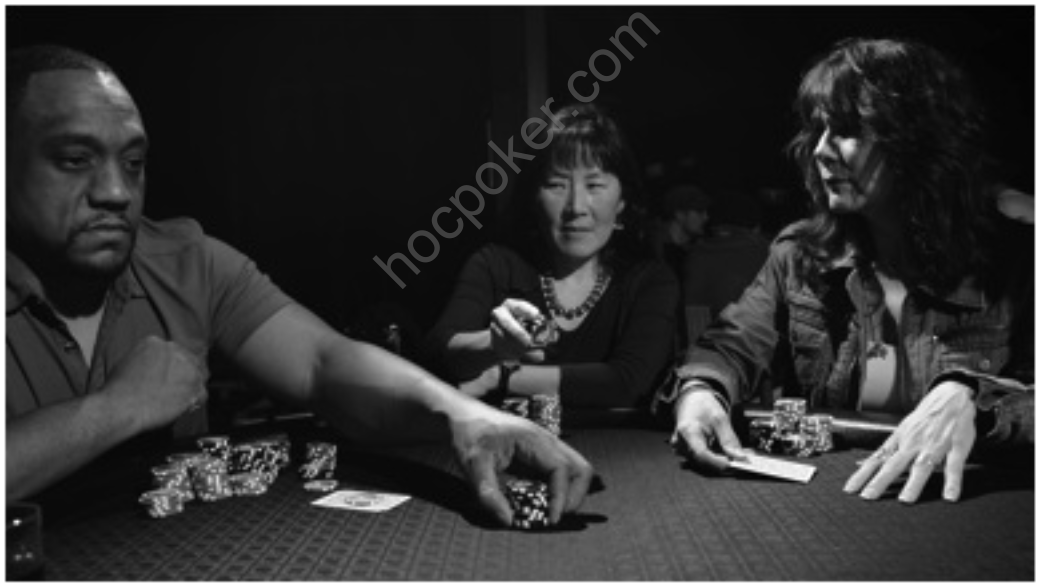 This section includes methods of manipulating your opponents to get them to change their actions, and methods of deceiving them about the value of your hand. Many of these maneuvers are quite weak and should only rarely (if ever) be performed. Although none of them are cheating, some of them could be considered morally questionable, or angle-shooting. Even if you believe some of these maneuvers are immoral or not worth using yourself, it pays to be aware of them so you can recognize when they are being used against you.

By telegraphing an intended action (calling, folding, or raising) you might influence other players’ actions.

Sometimes there are situations in multi-way pots where you can make your intentions known to your opponents in order to influence how things happen. Sometimes this can be for the sake of winning a pot; other times it can be just to gather information. Three examples:

1. A three-way pot. It’s the river. You’re last to act. The first player bets and you are fairly confident he’s bluffing. You think the player who is second-to-act has a better hand than you, so you’d like him to fold so you can call or raise. To help accomplish this, you start to subtly stack chips as if you’re planning on getting involved in the pot.

2. A three-way pot. It’s the river. You’re last to act. The first player bets and you know you are not calling. You’d like to influence the middle player to call so that you can see the first player’s hand. To help accomplish this, you act as if you’re going to fold.

3. Pre-flop in a limit Hold’em game. You have pocket Aces on the button. It’s a very loose game and you’d like to reduce the number of opponents entering the pot in front of you. To help accomplish this, you prematurely hold out enough chips for a raise.

These are “truthful” tells; in #1 and #2, you are actually telegraphing what you will really do (provided the middle player obliges). In #3, you are telling the players in front of you that they can expect a raise.

The second reason this works is because it’s basically truthful—you really do intend to call (or bluff- raise), provided the second player folds. If other players have seen you perform this maneuver in the past, they may remember that it is a truthful tell and it will get more respect. Of course, if the second player calls, you can give an act of reconsidering your bet for a little while, as if you were going to call, but now you’ve got to think about it.

There is nothing wrong with having a truthful mannerism that announces what you really are going to do, provided you are fairly confident you know what the effects will be. And truthful feints like this one are much more capable of long-term use, unlike obviously false moves like acting like you’re going to call when heads-up and then folding to a bet.

In #2, you are purposefully performing the indicating-a-fold tell. When the first player bets, you hold your cards as if you’re about to muck them. As long as you’re not doing this very often, most players will tend to take you at your word, just because it isn’t often you see people be deceptive and act like they’re going to fold and then raise. And if you perform this tell in spots where you actually do fold, it is even more believable.

Your opponents might think, “Oh, he’s indicating a fold again; what a sucker.” It can be okay to let them think that if you’re only doing it when it’s to your benefit. And of course you’re not always indicating a fold every time you intend to fold, only when you have a reason to telegraph it.

The first two maneuvers are most useful on the last round of betting, when your actions are more likely to be seen as the genuine results of end-of-hand frustration (which is more likely to be truthfully shown in a multi-way pot).

Also keep in mind you should keep these indicating-your-action moves subtle. I’m assuming you’re playing against fairly observant players who will pick up on subtle indicators. If you make it too obvious, like getting ready to stick your cards in the muck, or stacking your chips up for an obvious call, your opponents may draw attention to your bad manners, or think you’re possibly colluding with another player (which, in an indirect way, you kind of are).

In the situation in #3, you are indicating a truthful raise. I’m sure you’ve played in very loose fixed- limit Hold’em games; the kind where there are regularly 6 people to the flop, and it’s impossible to put anyone on any hand post-flop. Indicating your intention to raise pre-flop can be effective in cutting down the number of players who enter the pot.

By stacking up the chips for a raise and holding them conspicuously near the betting line or out in front of you, you let people know what your intentions are. You might even announce “raise” loudly, out-of-turn, in order to achieve the same effect. Unsubtle, yes, but it works in achieving that specific goal.

A move like this might seem weak because you’re giving away information. And if you’re playing with very good players, then I would recommend never doing such a thing. But when you’re playing with mediocre players, and the action is really loose, there’s not much downside to this maneuver. As poker players, we naturally rebel at actions that seem to give information away. But if an honest indication of what you’re intending to do accomplishes something beneficial for you, there’s not much argument against using it. 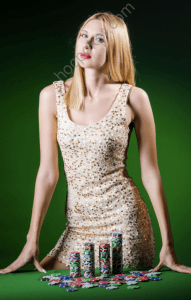 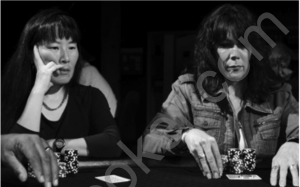