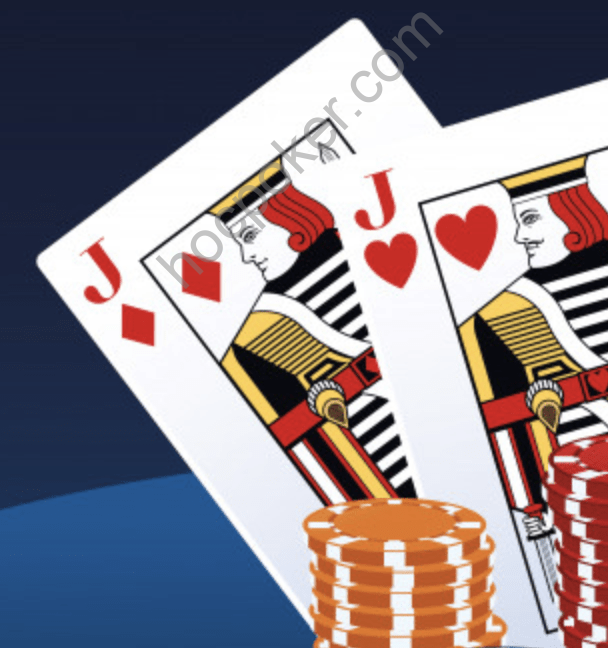 A few characteristics of the computer Poker realm can be pretty jarring when you first run across them. The most obvious examples: the speed of play, the type of opponent you encounter, and the way your focus changes when you don’t have a real-world Poker-playing environment around you.

Considering the differences in speed

In a real-life cardroom, the physical manipulation of the cards (the dealing and folding of hands) and the general orchestration of the game (players placing blinds, taking seats, not paying attention to the game, flirting with cocktail waitresses, and so on) take more time than in the online world, which features automatic dealing, immediately placed blinds, and a lack of drinks spilling on the felt. Shuffling, dealing, and repeatedly asking slowpokes to hand in their cards at the end of a hand burn time on the clock. In the online world, these delays don’t exist.

How fast is online play? A typical brick-and-mortar cardroom, with an efficient dealer and a full table, churns about 30 hands per hour (add two or three more hands per hour if the dealers use automatic shufflers); the online equivalent plays about 60 hands per hour, increasing to 65 or more at turbo tables (see the section “Going for super-speedy online play” later in this chapter for more). After you gain experience and make it to a head’s-up match against only one other player, you can expect that number to jump to as high as a whopping 150 hands per hour!

The speed of the Internet creates a different feel. The first time you play online, the action and the decisions can feel a little bit blurry. What’s funny, though, is that in a short time you adjust to the new speed and you start to want to go faster.

In the online world, you’re under a time clock for every betting decision you have to make, which is somewhat similar to the shot clock in basketball. The timing method varies from site to site, and it depends on whether you play in ring games (cash games where you can come and go) or tournaments. Some sites use a set number of seconds per betting decision (usually between 15 and 30); others have a set number of seconds of total delay you’re allowed at that table during a single session (usually 60). Reading a site’s documentation or experimenting on a play money table can familiarize you with an online site’s timing custom.

Until you get used to it, beating the timer can be psychologically troubling. In fact, you may overreact by trying to decide too quickly. Don’t be afraid to take all the time you need to act. Thirty seconds is longer than you think.

Play with your computer’s volume turned on. All Poker sites beep when your turn to act comes, especially if you start to run short on time. The alarm becomes especially useful when you want to work within other applications on your computer, play on another table simultaneously, or turn away from your machine for a few moments. (Don’t get us wrong, we think playing distracted, especially by playing another table, is a bad, bad thing. If your time limit expires and you haven’t yet made a betting decision, nearly all sites fold your hand.

As if the online game doesn’t move fast enough already, some sites provide even faster play. Like crazed mechanics in a pit crew, they shave the individual timing intervals down and use a few other tricks and gimmicks to jack up the need for speed. These tables always have augmented names like “Turbo,” “Speed Play,” or “Make That a Triple Espresso.” If you’re new to the online environment, we don’t recommend playing on these tweaked tables. Wait until you’re comfortable with online play first.

Adjusting to a variety of opponents

In the real world, you know several things about your opponents immediately. Some traits are (usually) obvious, such as their sex and general age range. A few characteristics you may automatically take for granted without even thinking about them, like what time zone they play in. Others are subtle, like the ticks and tells some people exhibit while they play. But the online world is a different beast.

You play people not only in different time zones, but also very possibly in other countries. The Internet provides you someone to play against in another place. He may be in the middle of his day, or it may be smack dab in the middle of his night. A tired player is always easier to beat than an alert player.

Any tidbit of information can be valuable to you as the game progresses. For example, someone playing from the city hosting that day’s Super Bowl team may be watching the game while he plays on the laptop in front of the tube. Look for any edge you can find, based on even the smallest of information threads because some edge is better than none; and in the online world, advantages are harder to glean than in the brick-and-mortar environment. You lose a lot by not having your opponent sitting at the table across from you.

Not everyone you run across in the virtual cardroom speaks English as a first language; a few may not speak English at all. Don’t worry; their money is good (and never forget, so is yours), but you may not always get a snappy conversation.

On nearly all sites you can hover your cursor over an opponent’s nameplate and find out his hometown, country of origin, or both. Do so.

STICKS AND STONES MAY BREAK MY BONES, BUT INTERNET SLURS CAN’T HURT

Unfortunately, because they feel empowered in the somewhat anonymous online environment, more rude opponents unleash their ugly behavior than in a brick-and-mortar establishment, especially in the emotional aftermath of losing a big hand.

You should shrug off their vile comments or turn off the chat feature of your table if their slings and arrows upset you. We suggest ignoring the behavior and looking closely for patterns and tells that your opponent may unintentionally display.

Watch for them to go on tilt, which means they may become more aggressive and stay in more pots because of their frustration.

We find that online players bet more aggressively than their offline counterparts — especially in the smaller pot-limit and no-limit games where a player can risk her chip stack at any point to gain advantage in a hand. A generalization no doubt, but one that seems to hold true. For more on different game types offered online (limit versus no-limit, ring games versus tourneys).

A few sites offer a bet the pot button as one of their options in the betting round. In the real world, this action involves the player estimating the current pot, counting out chips to match that pot, placing that amount in front of her (possibly in multiple steps for large bets), and then making the verbal bet; an arduous process that often weeds out players trying to buy a pot (if for no other reason than the player’s opponents can sit and watch her very closely for tells as she goes through the motions). The wonderful world of computers makes this process automatic because it does the counting and places the bet in one step. And automatic means easy. And easy means more people use it more often than in the real world.

You may also find that your online competitors are more willing to push all- in compared to their felt-scraping equivalents. It becomes much easier on the mind when you don’t have to physically see the stack of chips, feel the stares upon you, and wrestle with the enormity of the decision at the table environment. All it takes is a simple flick of the no-limit button control for betting, and whoomp, there it is.

Players betting all-in more often means that you see more variance in the game than you’re probably used to in the real world. You’re more likely to double your chip stack and more likely to go bust because the frequency of big betting is higher. This doesn’t mean that you should alter your play or strategy, but you do have to prepare yourself, or the frequency may shock you.

Keeping your focus on the game

What you experience when you play online differs profoundly from the environment during a real-world game. In the real world, your senses experience an overload: The sights of the people and events around you, the sounds of hundreds of clay Poker chips clacking together, the inevitable flickers of 20 televisions broadcasting a dozen different sports channels, the smells of a million cigars past, and the tactile nature of the cards and the table all add to your sensory perception of the game.

In the virtual world, your senses are strictly confined. The noises you hear from the computer are unnecessary artifacts, or mimics, of the real world: noises like card shuffling, chips banging together, and sound effects for checking and folding. But the site adds them artificially; they don’t have to be there for the game to run properly.

Motion and visual information is extremely limited. The deprivation of typical sights, sounds, and observations causes you to focus much more

intently on the few things you do see: the size of a person’s bet, the amount of time he takes to make this bet, and (to a much lesser extent) the conversation he has at the table through the chat system (more about this in the section “Speaking the Poker Dialect of Internetese” later in this chapter).

The more you force yourself to focus on these factors, the better you can exploit them to your advantage. (Of course, we don’t think that the online world is necessarily all focus — you are, after all, sitting in front of a computer. 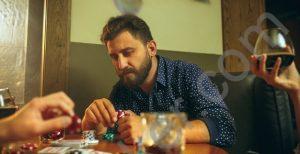