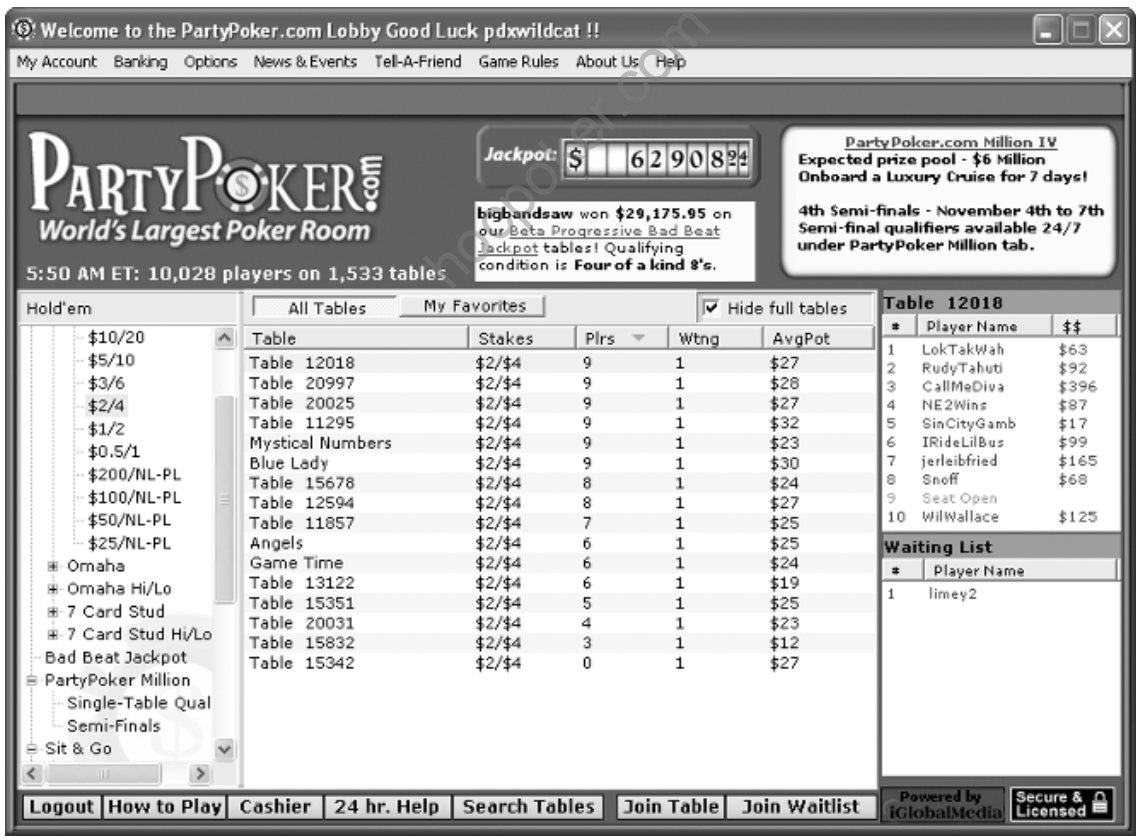 Are you the sort of player who likes to sit in a game for a long time and grind out your wins, using your skills to keep your losses to a minimum while you wait for those big hands to come along? Or are you the sort of player who likes to sit down in a game and be willing to risk everything for a huge payoff, or perhaps nothing, after five hours of hard work? Perhaps a bit of both, depending on your mood? Online poker rooms cater to both tastes. For those of you who prefer to play for long periods of time at set limits, you can play cash games. If you’re a fan of big action, strong bluffs, and weak winning hands, you might be game for the tournaments online card rooms offer many times a day.

When you log on to a poker site and take a seat in a cash game, you can keep playing until you run out of money in your account or you decide to leave. How long you stay is up to you, but there are some aspects of cash games you should keep in mind before you take up residence at a table.

It always pays to know whom you’re going up against. After you’ve been playing for a while and have notes on some of the players who play in your games, you should look for soft spots. Take the time to examine the lineups in each game at the limits you’re willing to play and take a seat or get on the waiting list in games where you recognize players

you think you can beat. Players leak money in all sorts of interesting ways: calling too much early in hands, chasing any flush draw, not recognizing when they’re beat, and habitually calling on the end to see what you have when they have a weak hand. When you play $2–$4 or $3–$6, those extra few small and big bets may not seem like a lot of money individually, but if only one player per hand makes a $2 call they shouldn’t, there will be an extra $90 or so in circulation every hour. It’s your job to take advantage of their slips while minimizing your own.

When you log on to a site, you should take a look at the information provided in the lobby so you can choose a game based on something other than a cool table name. PartyPoker, for example, displays the number of players in a game and the average pot size in their game list (shown in Figure 5.1). You’re looking for a game that has a fairly large average pot, but an average pot size that is significantly larger than in other games could mark the presence of a maniac or two who raise at will, making the game that much more expensive to play and increasing the swings you’ll go through. If you’re fine playing at a table with wild action, especially if you’re usually a $5–$10 player and have the bankroll to absorb some short-term setbacks, feel free to snap up that seat. If, on the other hand, you’re uncomfortable playing in pots that are raised on every hand, get on the list for an- other game and bide your time on the play money and lower limit tables.

If you get on the waiting list for a game, make sure the game is still good before you take the seat! If the player or players you wanted to play against have moved on, you might want to wait for a better game to play in.

Finally, remember that there is more than one good poker site out there. If you can’t find the game you want on one site, try another.

Going to Your Pocket

How many times have you been in a game, online or in a brick-and-mortar card room, where a player had a few dollars on the table, went all-in with an unbeatable hand, and end- ed up winning a tiny pot when they could have won three or four times as much money? Has it happened to you? WHY???!!! If you have money left in your account, and you’re willing to risk it during the current session, for goodness sake put that money in play! We’re always disgusted when we play in Las Vegas or Atlantic City and see someone pull out a one hundred dollar bill for the hand after they go all-in to call the first two raises. Don’t get us wrong—it’s a mistake of such epic proportions (it’ll often save us five or six big bets, which is a lot of money at $10–$20 and higher) that we’re happy our opponents make it oc- casionally, but do not ever allow yourself to make that mistake. Either buy in for your entire bankroll or buy in for the amount you want to risk and be done with it. 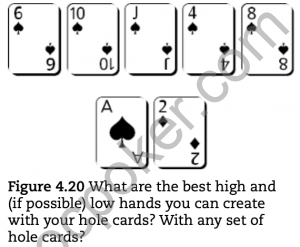 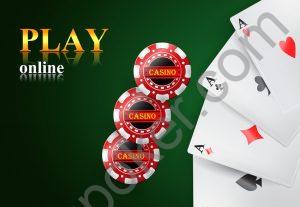