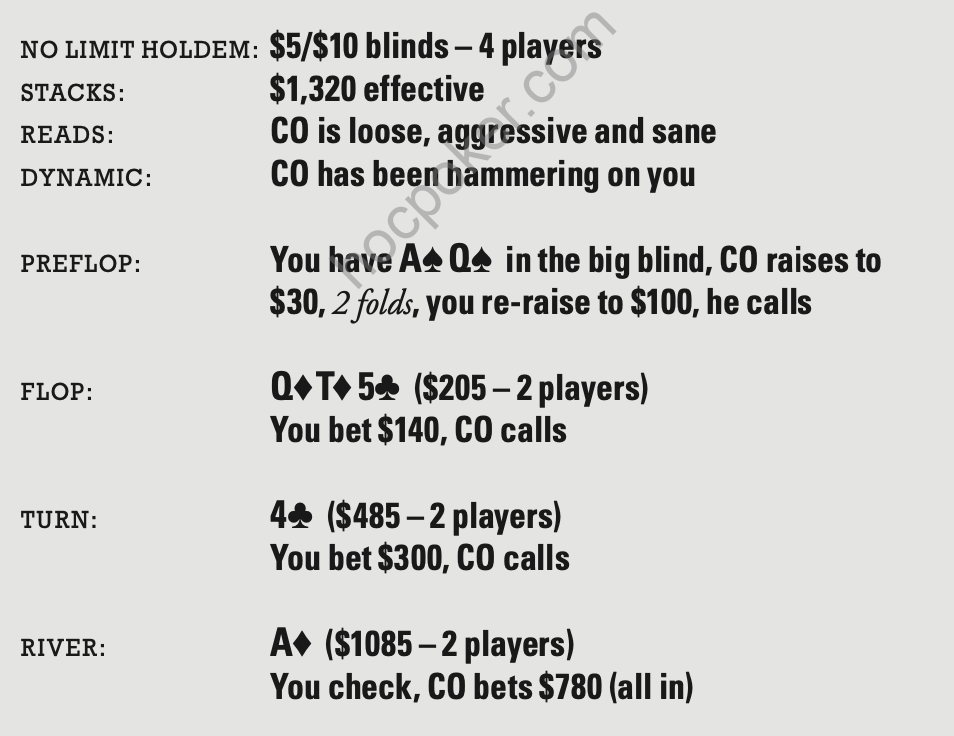 Given how many people do this, you’d think every poker coach was telling players to find a hand they can beat and call down. But you won’t hear coaches saying to do that. Nevertheless, many players go to great lengths to justify a calldown.

First of all, you should never try to put someone on a specific hand. You can only do that if you’re using a marked deck. Since you can’t actually see their cards, you should instead put them on a range.

Ask yourself what hands this player could play this way, and how likely he is to have done so. You need to look at his range objectively. You can always find a hand or two that you can beat. Assuming that your opponent is betting and you do not hold the nuts, you’ll also come up with some hands that beat you.

You raise with ace-king and your very aggressive opponent calls. For the past several hands, this guy has been betting and raising and you’ve been folding hand after hand. You’re a bit frustrated and feel like you’re getting run over.

The flop comes K♥ J♥ 3♣ and you’re already plotting your revenge. You bet and your opponent calls. The turn is the 7♦ and the action is the same as the flop. You hate the river. It’s the Q♥ and you check. You’re frustrated that you were all set up to get back at this guy who seems to have your number. But the truth is you’re doing awful against his range now.

When your opponent bets here, you have no business calling. What do you beat? You could have been losing already, and now you lose to king-queen, queen-jack, ace- ten, ten-nine, and heart flushes.

People don’t want to fold in this spot because they’re afraid to get run over. Maybe occasionally your opponent will be turning jack-ten into a bluff, or value betting king- ten. But that will be way too small a portion of their range for you to call down. If you look at their range objectively, you will fold, knowing that the odds are too short and their range is too strong. Here’s another example:

We all find ourselves in spots like this one on the river. You just made top two pair and it feels like there should be some way to get value. But when you pause to think about your opponent’s range, what can he possibly call you with? Sure he could have A♣T♣ and make a crying call. That’s exactly one hand, and he’ll probably fold it to a river bet. He’s not doing very well against your river betting range.

So what about checking and calling? Now it’s possible to come up with a few more hands that you beat. He could try value betting that A♣ T♣ . He could also have called two streets with jack-nine, missed his straight draw, and then decided to bluff the river. After calling the turn, though, he usually has a flush draw to go with his straight draw – J♦ 9♦ or J♣ 9♣ – and one of those just made a flush. He could be betting A♣ Q♣ , allowing you to chop, but he usually 4-bets that preflop. Ace-king is out since he 4-bets that before the flop. There are also K♣T♣, Q♣T♣, K♣Q♣, Q♣J♣, T♣9♣, and T♣8♣. All of these hands have at least one pair to go with a flush draw on the turn, so it’s reasonable that he’d get to the river with them. But it’s unlikely that he’ll turn them into a bluff.

Even if you assume that he can turn third pair into a bluff, there are only 6 combos of hands that you beat on the river. Getting 2.4-to-1 pot odds on the river, you need the cutoff to have fewer than 15 possible combos that beat you. King-jack is 16 combos right off the bat. Throw in the flushes your opponent just made, and you’re up to at least 20 combos. That’s a clear fold.

“But can’t I discount king-jack and diamond draws because my opponent will semi-bluff with them? Doesn’t that mean I can call?” you may ask.

Making top two pair on the river may seem like a weird time to check and fold. Granted, that won’t be your usual line. But when you think about your opponent’s range in this exact situation, putting money in the pot reveals itself to be a mistake. Also remember that by checking with the intention of folding, you’re not automatically giving up the pot. Your opponent can check back with his one pair hands and his weaker two pair hands. You’ll still win the pot on those occasions. You just won’t win the pot when you’re beat. But at least it won’t cost you any money. 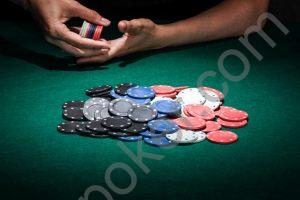 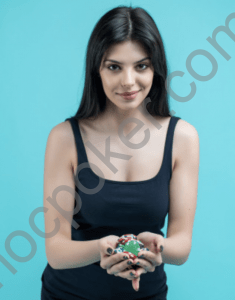 Next post When A Line Makes No Sense, Call Down