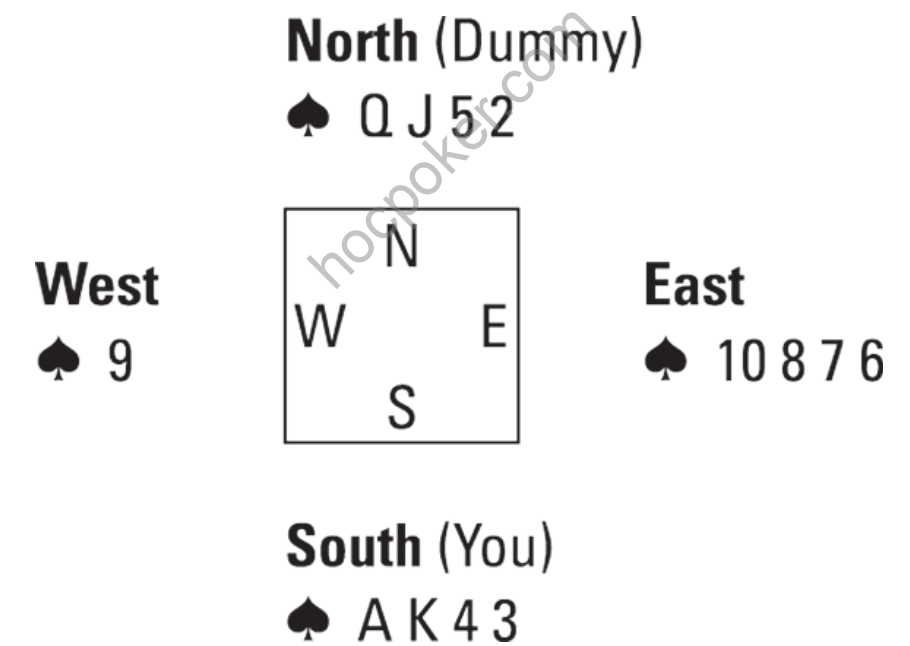 If you have eight or more cards in a suit between your hand and the dummy, particularly in a major suit (either hearts or spades), you try to make that suit your trump suit.

In the following sections, we show you a variety of trump fits.

Scoring big with the 4-4 trump fit

During the bidding, you may discover that you have an eight-card fit divided 4-4 between the two hands. Try to make such a fit your trump suit. A 4-4 trump fit almost always produces at least one more trick in the play of the hand than it does at notrump.

At a notrump contract, the 4-4 spade fit in Figure 4-3 takes four tricks. At notrump, when you and your partner have four cards apiece in the same suit, four tricks is your max.

However, when spades is your trump suit, you can do better. In Figure 4-3, suppose that your opponents lead a suit that you don’t have, which allows you to trump their lead with the ♠3. By drawing trumps now, you can take four more spade tricks by playing the ♠A and the ♠K from your hand (high honors from the short side first) and then playing the ♠4 over to the ♠J and ♠Q from the dummy. You wind up taking a total of five spade tricks — the card you trumped plus four more high spades.

A 4-4 trump fit is primo. You can get more for your money from this trump combination. Every so often you can take six (or more) trump tricks when you have a 4-4 trump fit, so keep your eyes open for one. They are magic.

Being aware of other eight-card trump fits 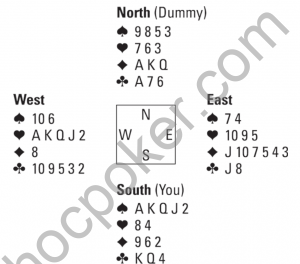 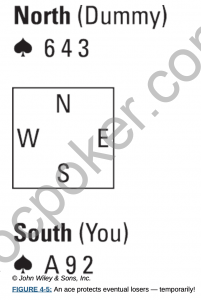