When people first become acquainted with Poker, they run quickly into the concept of bluffing — intentionally misrepresenting your hand in such a way that the other players are misled as to what you have (usually to make the other players fold).

Aside from luck of the draw, bluffing is the element that elevates Poker from nearly all the other games of pure skill, such as chess.

In our opinion, writing about bluffing is similar to writing about painting. Really the best way to learn to bluff is to go out and practice, but it’s a heck of a lot easier to practice if you have a rough idea of the underlying concepts. In this chapter, we walk you through the hows, whens, and whys of bluffing.

The most important thing in playing a Poker hand is understanding the players at the table. Bluffs depend almost entirely on how other players will react to the information you’re going to pretend to convey at the table.

Your turn not to tell

In order for any bluff to work, you first have to turn off all the other tells you normally broadcast in a game. For example, if you always riffle your Poker chips on the table whenever you have a marginal hand, people are going to be one heck of a lot less likely to believe your big bet represents a good hand if you’re shuffling your chips like a bored roulette dealer before you make it.

Of course, one of the problems of becoming overly stoic at the table is that all your small, and otherwise usually not noticeable, tells become much more pronounced. “Gee, I never noticed that you rub your fingertips together for one second whenever you have a bad hand, but now that you don’t shuffle those chips anymore, it’s a whole lot more obvious.”

The best way to get a feel for the way you broadcast at a table is to either videotape yourself playing cards with your friends in a home game, or better yet, designate one of your pals as your Poker watchdog and have him give you a rundown on the way you act and play. The only problem with assigning a watchdog is you essentially eliminate playing that person for money for the rest of your life — so if you do choose someone, it’s probably better to pick the girl who beats you all the time rather than the guy who helps subsidize your rent every month.

If you can’t shut off your emotional broadcasting system as you play, you should at least be aware of what your tells are so you can mimic them in situations when you want to bluff.

When you first start playing Poker, at least up through intermediate play, players will indicate the opposite of what they are. It’s as though bluffing equates with “lying,” so people will act the opposite — if their hands are weak they’ll act strong, if their hands are strong they’ll act weak. Don’t fall into this same trap yourself. If you’re not highly skilled, you’re better off conveying no expression than trying to misdirect someone with an “act.” 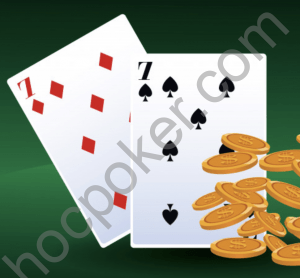 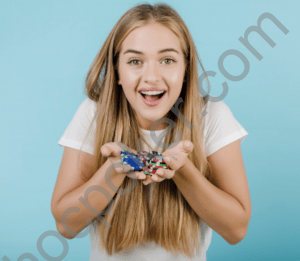